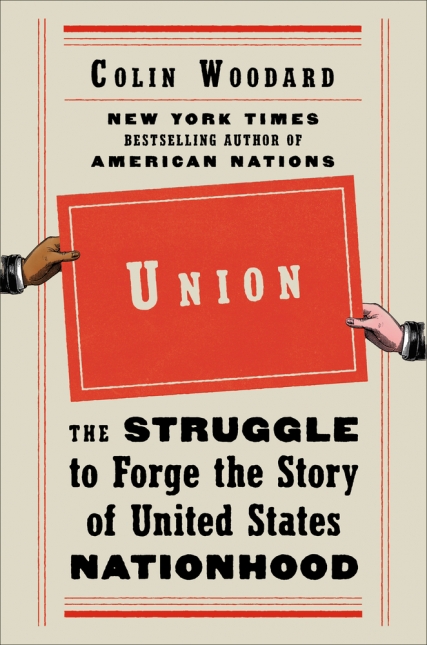 In his well-documented new work, Union: The Struggle to Forge the Story of United States Nationhood, Colin Woodard argues that the history of America has been more disunited than “united.” At its birth, no one was quite sure what the U.S. was — a treaty organization, a federation of sovereign nations, or a nation-state in waiting.

Woodard reflects that regional divisions in this country date back to the American Revolution. He notes that the word “nation” is conspicuously absent from our Constitution as it was originally drafted. What, then, was the purpose of the country?

For Bancroft, the nation’s adhesion was a kind of New England democracy, the germ of which was to be found in the forests of ancient Germany. Nationhood, Bancroft wrote in his multi-volume history of the United States, resided in a people whose “Teutonic” manifest destiny was to conquer a continent.

Simms found national resonance in the South, where oligarchs carved out a theory of democratic union based on tidewater plantations, slavery, and notions of political nullification.

A novelist whose books are largely unread today, Simms wrote from his 10,800-acre plantation and owned 147 slaves. For him, the true center of American nationhood and civilization could be found in places such as Charleston, South Carolina, and in the Chesapeake Bay country, where Edward Lloyd V presided over Wye House plantation, with its 14,000 acres and 500 slaves.

Douglass, the great Black abolitionist and democratic crusader, escaped to freedom from the clutches of that very Wye House plantation. He espoused a theory of nationhood emerging in the late antebellum period that interpreted the Declaration of Independence literally and stressed the belief that equality should triumph over hierarchy and the supremacy of the Anglo-Saxon race.

Douglass’ ascent to international fame after a successful lecture tour of England and Ireland guaranteed that the narrative about democracy, race, and freedom would become an important part of the American debate on nationhood. The ideas of Bancroft, Simms, and Douglass were extremely influential in creating and conditioning a conflicted narrative about the purpose of their country during the years leading up to the American Civil War.

In Wisconsin in the 1890s, meanwhile, a young and energetic historian named Frederick Jackson Turner published a seminal essay on the significance of the American frontier, demonstrating how it conditioned the development of the Union with its democratic, “can-do” spirit.

Only later did Turner’s research on American geography lead him to doubt his own thesis. Sectionalism, with its differences in political and cultural outlooks, he wrote in Rise of the New West (1906), seemed more important than the frontier’s leveling influences.

Turner found that sectionalism contradicted any strong idea of nationhood. Further, in the Gilded Age of the late-19th century, the democratic ideas espoused by Abraham Lincoln and Douglass were eclipsed by an expansive national industrial growth and Darwinian capitalism that ignored commonweal ideas.

Novelist Simms’ plantation world vanished in the smoke of General Sherman’s advancing army. Though the secessionist ideas of the Southern slaveocracy were discredited by the Civil War, notions of ethno-nationalism survived both defeat and Reconstruction. In fact, they were espoused and given national respectability by President Wilson.

A native of Civil War-era Georgia, Wilson enjoyed a successful career as a Princeton professor; his A History of the American People (1902) was a popular “must-read” of the era. In this study of America, the author notes, the future president developed his own theories of history.

“The first was the importance of Anglo-Saxon supremacy in American life,” Woodard writes. The second was that a white supremacist democracy could only move forward by excluding minorities and immigrants from southern Europe from the definition of nationhood.

Today, the public largely remembers Wilson for his involvement in World War I and his crusade for the League of Nations. In actuality, Wilson was a racist and a believer in the justification of the Lost Cause of the Confederacy. He was a close friend of Thomas Nelson Page, whose writings on the glories of the Confederacy and passionate approval of the Ku Klux Klan strengthened Wilson’s views immeasurably.

As president, Wilson ordered the segregation of the U.S. Post Office, where the majority of African Americans in Washington, DC, worked. He believed that the federal government was no place for African-American clerks and administrators. One memorable edict of his directed that Black female clerks should eat lunch in their segregated lavatory. Other Black postal clerks were delegated to the Dead Letter office.

The national consensus that America was effectively a white, Anglo-Saxon nation-state outlived President Wilson and continued to influence American thinking. For a brief period from the 1960s to the 1990s, however, a liberal civic nationalism became the dominant narrative of our nation. Racism and inequality were perceived to be on the wane. Equal opportunity was on the rise. Or so it seemed.

Now, Woodard concludes, we have a president who builds internment camps for immigrant children, publicly embraces dictators, and finds goodness in the hearts of the neo-Nazis who protested at Charlottesville.

The Civil War demonstrated how perilously close our country could come to the brink of destruction; fractures of race, economic inequality, and geography continue to trouble the United States. In the sobering Union, Woodard reminds us that we can still fail, the sinews of Amazon and mass consumption insufficient to keep us bound together.

John R. Wennersten is professor emeritus of American history at the University of Maryland, Eastern Shore. His most recent book is Rising Tides: Climate Refugees in the 21st Century (University of Indiana Press, 2018).