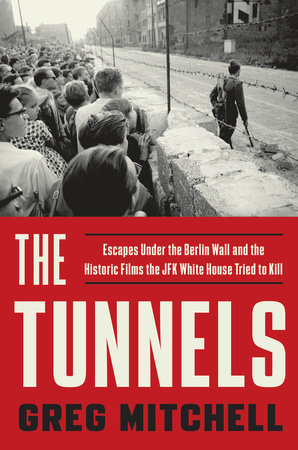 A visitor to today’s Berlin finds a world-class city. In the united capital of Germany, Checkpoint Charlie, which once divided East and West Berlin, is a small faux guardhouse, now a tourist attraction and a photo op for eager sightseers.

Sections of the infamous Berlin Wall remain as the East Side Gallery, a collection of colorful murals, near the Mercedes-Benz Arena, host to rock concerts and sporting events. The U-Bahn and S-Bahn, underground and elevated rail systems, carry commuters to Mitte, the city center, in former West Berlin. On the east, sleek street trams serve a similar purpose.

But next to Checkpoint Charlie is the kitschy Maurer Museum, an odd and extensive collection of Cold War artifacts related to the notorious wall erected in 1961 to keep citizens on the communist east side from fleeing to the democratic west. This is the barrier that President Reagan famously told Soviet Prime Minister Mikhail Gorbachev to tear down. With the world watching, the wall came down in 1989, along with the crumbling Soviet Union.

Given the state of things today, it is difficult to imagine the tension and terror surrounding the wall in the 1960s, as determined West Berliners dug tunnels to liberate friends, family, and others seeking escape from the Orwellian-named German Democratic Republic. The lucky ones got through; the unlucky ones got shot to death by East German guards.

Greg Mitchell, in The Tunnels, brings it all back, but through a special American lens. His latest book is also about U.S. television news and the fierce competition between two networks, NBC and CBS, to be first to film and report on the actual tunneling. This was not, as it turns out, about pure journalism; it was about pay to play, and the money the networks were willing to hand over to the tunnelers for the story. It was quite simple: No money, no tunnel, no story.

Stretching the ethical bounds of journalism did not seem to worry network execs one bit. Reuven Frank, the head honcho at NBC news, warned against aiding or abetting the tunnelers, but by agreeing to pay them for the film rights, he had already crossed the line.

Daniel Schorr, the Bonn-based CBS correspondent, had to play catch-up, but his network was also willing to pay for footage of another tunnel in the making. Word reached the White House, which was anxious to avoid a confrontation with the Soviets over the wall, and Schorr’s boss killed the project. A high-up CBS exec, it turned out, was a college pal of JFK’s. So much for the dramatic narrative of network competition.

The NBC-backed tunnel succeeded, with 29 escapees. Soon afterward, the network held a press conference to announce its intended documentary. U.S. government officials expressed outrage. Some of the tunnelers who didn’t get paid also wanted it stopped, or at least left out of the story. In the end, nobody emerges from The Tunnels covered in glory.

Mitchell, a former editor of Editor & Publisher and the author of several other works, has taken a footnote to history and turned it into a book. He provides background on the tunnels and tunnelers, a necessary foundation, but it takes too long to get to the network competition, the central dramatic element.

There's potential here, what with spies and counter-spies and White House efforts to successfully stop one network from proceeding. But there is much that is buried deep in the weeds and too many local characters to sort out. Eventually, it does all come together, and the back and forth between the networks and the John F. Kennedy administration over the tunnel vision is the meatiest section of the book.

One of the delicious ironies that Mitchell mines is that, simultaneous with the American networks’ on-again, off-again efforts to film the tunnelers, even though they are paying for them to play their parts, a Hollywood crew was producing a fictional version of reality.

Production of a film titled “Tunnel 28” was being shot in Berlin using a plaster replica of the wall. It was to depict the escape of 28 refugees from East Germany — one fewer than through the NBC-backed tunnel. With the dueling networks in tandem, it was a case of art imitating life imitating art. The film was first shown in Berlin, on Oct. 22, 1962.

As it happened, the film’s German release came in the middle of the Cuban Missile Crisis. NBC’s report, “The Tunnel,” was postponed. “That was a terrible thing you people did, buying that tunnel,” Bobby Kennedy told NBC correspondent Sander Vanocur. Forty-one days after it had been scheduled to air, NBC’s documentary ran on Dec. 10, 1962, in prime time. The reviews were favorable.

Harry Seidel, the young German who had spearheaded the tunneling, got caught and drew a life sentence but won early release. The Kennedy administration ordered the CIA to begin collecting domestic intelligence about reporters. It was by no means a win-win for anyone. Yet, despite all the stops and starts and drama both high and low, the show went on.