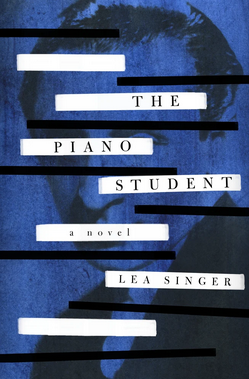 I am among the lucky few who had the privilege of hearing Vladimir Horowitz in person not once, but twice. The iconic Russian pianist was magisterial, with long fingers that made his hands look disembodied. At the piano bench, he sat back with seeming nonchalance and produced music of the spheres. If he was mercurial and neurotic — including hibernating from the public for extended stretches — onstage, he was an awe-inspiring genius.

On my second date with the man who would become my husband, I saw Horowitz a third time. We were in Boston. It was a cold November day, so we agreed to meet in a hotel lobby to stay warm in case of transport glitches. Just as we found each other, Horowitz swept by, unmistakable in white tie and tails, surrounded by an adoring entourage. I took it as a good omen.

Now comes Lea Singer’s The Piano Student, translated from German by Elisabeth Lauffer. Singer is a pen name for Eva Gesine Baur, a German cultural historian and novelist who has written biographies of Chopin and Mozart. She was given access to a Swiss archive that contained an extraordinary cache of letters from Horowitz to Nico Kauffman, as well as unpublished fragments from a memoir by Kauffman. He was ostensibly Horowitz’s piano student but in reality was his young lover in the late 1930s.

The Piano Student opens with seeming assassins stalking their prey. It turns out that they are agents for a secret organization that provides assisted suicides. They are in search of Reto Donati, who has risen from humble origins to be the “presumptive forerunner for the highest position on Switzerland’s Federal Supreme Court.” Apparently, Donati has abandoned his plans for suicide at the last minute and disappeared, leaving one clue: a record of Schuman’s “Kinderszenen” on his turntable with the record sleeve propped behind it.

Donati turns up in a Zurich piano bar where Kauffman is playing Schumann’s “Träumerei.” Seeing Donati weeping, Kauffman joins him at his table. They strike up a conversation and eventually embark on a road trip.

The location — Switzerland — and the organizing principle — music — bring to mind the novel Lea by Swiss writer Pascal Mercier (translated by Shaun Whiteside). Lea, too, centers on a road trip between strangers and tells the mournful story of a young Swiss woman, her father, and a violin obsession.

Kauffman spends the novel unfurling his clandestine love affair with Horowitz. Slowly, the stranger (Donati) begins to disclose his story as well.

If this sounds like a wonderful setup for a book, it is. Unfortunately, The Piano Student presents serious challenges. With no quotation marks and a narration that switches frequently from first to third person, it can be difficult to tell who is speaking. Whether this ongoing confusion derives from the original German or the translation (I suspect it’s the original German), it is a shame. The story is gripping in its newness and historical import, but it wants clarification.

Vladimir Horowitz, affectionately called Volodya, emerges here as a tragic figure. He was born into a life of trauma:

“His sister, his closest confidante, was a great pianist as well, whose marriages failed and career foundered. One brother was shot during the revolution, while the other, not much older than Volodya, hanged himself soon after in a psych ward. A year after her dear Volodya left home forever, his mother died miserably. His father withered away to a nobody in Moscow…”

Married to Wanda Toscanini, daughter of legendary conductor Arturo Toscanini, Horowitz is enslaved to both. Wanda controls Horowitz’s concert schedule and a life he does not want to live. She knows Horowitz is gay but insists that she and her husband burnish their public image as classical music’s power couple.

Under the guise of teaching Kauffman, Horowitz arranges for ongoing meetings. Kauffman cares deeply for the great pianist, but he is just embarking on his life as a sexually active man — female lovers included — and monogamy holds no interest. Over time, he becomes increasingly insistent on freedom to express himself in public. Horowitz does not have that choice. He is too famous, and his wife is obsessed with his (and her) public identity.

Kauffman recounts his adventures with the famed pianist by driving Donati to sites that held importance to them. Their love evolves against the growing threat of the Nazi extermination of both Jews and homosexuals. Horowitz escapes to America, while Kauffman remains safe, if anxious, in his native Switzerland. Along the way, Horowitz wilts from suppressing his true self, which he expresses in private to Kauffman and in plaintive letters.

The Piano Student is inspired by these letters. Snippets of them are contained throughout the novel. The book might have been enhanced with an appendix that provided further information about the Kauffman archive, but it is unclear what kind of restrictions were imposed on Singer’s access.

Music is difficult to render to the page. The Piano Student contains a lovely air of mystery and a clear-eyed view of the difference between pianistic workmanship and pianistic greatness. Kauffman possesses the former, Horowitz, the latter.

The author treats her characters with empathy, including Wanda Toscanini. She may be a control freak, but to further her husband’s career, she has sacrificed the love of a spouse and the keys to a traditional femininity: “No appreciation, no care, no roses or bowing, no complimenting her on a new designer gown, no helping her on with her coat.”

Donati, too, engages the reader’s sympathy. Although much of his life remains shrouded in mystery, we are given insights into why he sought assisted suicide and then ran from it.

Horowitz eventually cuts Kauffman off completely. In a final epiphany, Kauffman understands why: “Love is born of necessity. Did Horowitz hate himself for not loving as he needed to love? If that was the case, I now understood why Volodya could never see me again: I reminded him that he had chosen to live a lie. I was his conscience.”

Would that Vladimir Horowitz had come of age in a later, more tolerant time.

Martha Anne Toll won the 2020 Petrichor Prize for Finely Crafted Fiction, and her novel, Three Muses, is forthcoming from Regal House Press (fall 2022). She is a frequent contributor to NPR Books, the Millions, the Washington Post, and other outlets. For her fiction and nonfiction, please visit her website, and tweet to her at @marthaannetoll.

A rich new fantasy series gets off to a captivating start.

The Angel of Losses: A Novel