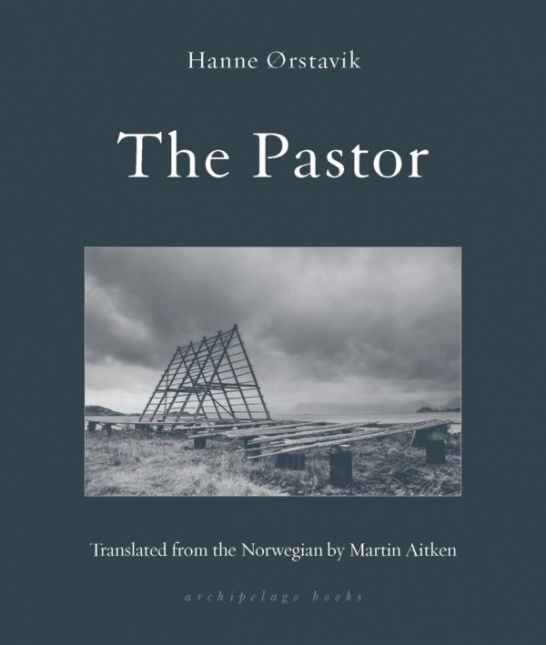 The Pastor, by Norwegian writer Hanne Ørstavik, is a beautiful, deep dive into the nature of connection and the feeble tool we humans employ to achieve it: language. Narrated by Liv, who has left her studies in Germany to minister to a congregation in northern Norway, the novel is a brutally honest account of one woman’s struggles to overcome her own withholding nature and connect with others.

For Liv, there is little difference between a supernatural godhead and the tacit link binding human beings to each other. “What were you looking for, Liv?” she asks herself. “For God? Well, if I had to use that word, then I suppose it was, yes. Though not in the form of some remote aesthetic, more as a commitment, a place to stand in life…God understood as a binding commitment to humanity.”

But when she attempts to communicate this idea, her first sermon becomes an hour-long ramble through a morass of words. “People got up and left,” she recalls. “Even the woman from the parish office did.”

A less profound writer than Ørstavik may have opted for a more commercial storyline, one in which the wise townspeople gently educate their bumptious young preacher about their quirky ways. Instead, like Alice McDermott, another author who doesn’t shy away from the spiritual, Ørstavik drives Liv into the realization of her own failure: She hasn’t come to Norway’s far reaches to minister to others; she’s come to escape.

In Germany, she had formed a close, possibly romantic, connection with an elfin puppeteer, mistaking the woman’s spriteliness for true happiness and burdening her with her own saturnine nature. When the puppeteer committed suicide, Liv headed north a scant week after the funeral.

As she stares at the fathomless fjord out her window, Liv finally admits her own role in the matter. “All I’d done was drag her down still further, dragged her down and held her there as she struggled and writhed for all her life to come free.”

At that moment, in a stunning example of subtle literary structure, the pastor’s phone rings. There has been another suicide. A young girl has hanged herself. By the time Liv reaches the scene:

“[the girl’s body had been taken down from] one of the wooden stockfish racks, where the fish were put to dry in the wind…The surface of the fjord was a sheeny membrane in the sun, a gentle lapping of waves. It looked like the dip between each crest as a bowl, the kind you could make by cupping your hands…I looked down at the dead girl again. The drying rack cast slats of shadow onto her body, and onto us too.”

Writing like this is poetry expressed through fiction: The drying rack’s slatted shadow casts both an outer and inner darkness.

Back in Germany, Liv had been working on her Ph.D., but “the words had become so precise as to lose all meaning, unable to contain what was important. Because what was important was round and fat and wobbly, whereas the words I needed to write the thesis were too pointy, too edgy, and everything that meant something got lost in order and system.”

Still attempting to finish her dissertation, she tries to reconcile mere words with The Word and probes how the power of language can drive people apart as easily as it can link them together. Her dissertation is on the Sami revolt of 1852, when the native people of Norway’s far north experienced a religious awakening and murdered a local merchant because he sold alcohol, a morally abhorrent substance to the newly enlightened Sami.

Liv attends a conference on the revolt, but when the same woman who had walked out of her first sermon calls her, she is summoned back. The woman has had a crisis with her older daughter, and this time Liv offers actions, not words. She bathes, feeds, and dresses the woman’s younger daughter and then drops her off at school. And she acts again, at the funeral for the girl who hanged herself, when she says not one word but reaches out her hand to touch the grieving mother.

In places, The Pastor’s explorations of epistemology threaten to overshadow its narrative, and its numerous flashbacks interrupt the story’s flow. Also, Liv’s tendency to address herself is off-putting. She shares her interior life, but this reviewer wishes Ørstavik had shared more of her character’s background. Does she have siblings? A penchant for popcorn? A favorite fish chowder?

That said, The Pastor is a quietly radical book. With so many modern protagonists enthralled by their own despair, Ørstavik has dared to create in Liv one who directs her gaze away from her own navel and toward heaven, almost as if she were directing readers wondering where God is to look to the north. Look hard.