The Lost Child: A Novel

This retelling of Wuthering Heights links the long-ago tale to a modern story of exile and difference. 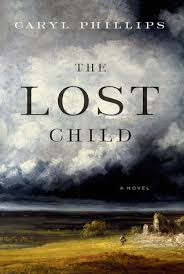 The Lost Child, Caryl Phillips’ ninth novel, is a dramatic response to Wuthering Heights, but this is not Emily Bronte in modern dress. Instead, it is something stranger and more interesting.

The opening pages unfold as a prequel to Wuthering Heights, Heathcliff’s untold backstory. Phillips imagines Heathcliff’s mother as a former slave from Trinidad, destitute in the dockside slums of Liverpool. Mr. Earnshaw becomes her patron, and Heathcliff is their child. When she dies, Earnshaw brings the mysterious gypsy-like child to his family home on the moors.

Phillips successfully weaves the past and present by intertwining Wuthering Heights and Bronte’s own life with a contemporary story. The opening pages set the stage and the uneasy tone for Phillips’s ensuing story: a mid-20th-century family tragedy in which brilliant Monica Johnson, an undergraduate at Oxford, falls in love with Julian, a graduate student from an unnamed West Indian island — the sort of place where “decent standards of behavior are alien concepts,” according to Monica’s father.

Cut off from her family, she abandons her studies to marry Julian. Monica supports Julian’s post-doctoral studies and bears two sons before he leaves her. She and her boys move north to Leeds, on the edge of Bronte’s moors. She ekes out an existence with clerical work in a library and begins a downward spiral into poverty and madness.

The Lost Child is primarily Monica’s story, but Wuthering Heights runs beneath like constant subtext; the two stories reflect and reinforce each other. Occasionally, Phillips interrupts the contemporary story to return to Bronte’s world. For example, Bronte experiences and observes her own bleak funeral on the moors: “The rain begins to surge and swirl, and it saturates her bonnet…She hears the noise of the debris thundering against the wooden box. She lifts her weak, gloved hands and covers her ears. She lives now in two worlds.”

Later, Phillips echoes that funeral scene when Monica’s son Ben returns to the moors, the site of a terrible family tragedy. Ben’s state of mind as he merges with the harsh landscape is pure Bronte: “I made up my mind to stay put on the moors. Hours passed as I walked for mile after mile, and as the daylight eventually started to fade in the sky, I could feel the moors closing in on me.”

More than mood, themes of abandonment and madness, along with the setting, link the parallel stories. There is another deep resonance between them embedded like a strand of narrative DNA: the experience of being an outsider. A shadow, a darkness in the blood, a tinge of something foreign sets Heathcliff apart, as Monica is set apart by her marriage and estrangements.

She and her biracial sons never quite fit in; their difference sets them up for trouble. Monica is brilliant, stubborn, and fragile (rather like Emily Bronte, perhaps). When she descends into depression, her boys are placed in foster care, and their guardian rants, “Look at the state of both of you. What am I supposed to do with this hair of yours? Can you run a comb through it?” And what will happen to people who don’t fit in?

In previous work, Phillips has explored the outsider’s experience. The historical and contemporary issues of the Caribbean diaspora — forced migration and voluntary emigration, alienation and assimilation — are his hallmark territory, examined in fiction such as his novel A Distant Shore (a Pen/Faulkner Award finalist) and his essays, including the collection Colour Me English.

Phillips knows the outsider’s experience well. Born in St. Kitts, he immigrated to Britain as an infant, grew up in Leeds, and now lives primarily in New York, but he regularly returns to St. Kitts and England.

In conversation with Elvira Pulitano, Phillips said, “If you live in a world in which you are perceived or viewed in some way as being an outsider, on the margins in some way, then of course you therefore become interested in people, male or female, black or white, who occupy a similar role of being an outsider, either by migration, or by their religion, or by their ethnicity, or their race, or their gender.”

In his re-imagining of Bronte and her work, and in Monica’s parallel contemporary story, all of the major characters, including Bronte herself, are “on the margins in some way,” exiled from the mainstream.

Phillips’ response to Wuthering Heights, informed by his passionate interest in the plight of the outsider, makes for a vigorous novel that invokes the Bronte classic with respect but without sentiment. The combination of old and new is bracing. The Lost Child is complex, challenging, and compelling — perhaps a bit like Bronte and Phillips.

[Editor’s note: Caryl Phillips will read from The Lost Child at Politics and Prose in Washington, DC, on Thursday, March 26.]

Ellen Prentiss Campbell’s fiction has appeared in journals including Iron Horse and the Massachusetts Review. Recipient of an M.F.A. from Bennington College and fellowships from VCCA, Campbell is presently at work on a novel set on the grounds of a psychiatric hospital.