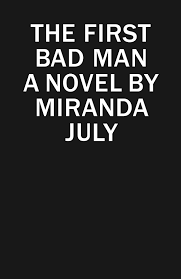 Years ago, I worked in social services. During much-needed breaks, I would walk up and down the dingy aisles of the local drugstore in an effort to calm myself from the vicarious trauma wrought by my line of work. On one such outing I discovered Miranda July’s book of stories, No One Belongs Here More Than You.

July’s stories turned out to be transgressive and funny, uncomfortably sexual and wise, dangerous and tender — the perfect antidote to my emotional burnout. I had never encountered this artistic sensibility before, save for a wonderfully peculiar film called "Me and You and Everyone We Know." It turns out she made that one, too.

In addition to fiction and films, July’s work spans performance art, video, and Web-inspired projects. In 2011, she released her second movie, "The Future" (narrated, in part, by a cat), along with a spinoff nonfiction book called It Chooses You, about the personal lives of people she found through the PennySaver when she was procrastinating instead of finishing her screenplay.

Now July is taking on the novel. In The First Bad Man, her protagonist, middle-aged eccentric Cheryl Glickman, works for an organization specializing in women’s self-defense fitness. She lives alone and orders her life in a controlled and quirky manner that she refers to as carpooling: “Putting new soap in the bathroom? Maybe wait until the towels in the dryer are done and carry the towels and soap together. Maybe put the soap on the dryer until then. And maybe don’t fold the towels until the next time you have to use the restroom. When the time comes, see if you can put away the soap and fold the towels while you’re in the toilet, since your hands are free.”

When we first encounter Cheryl, she’s seeking treatment for a lump in her throat (more figurative than literal) from a doctor who specializes in alternative medicine. But Cheryl has an agenda: she’s in love with her co-worker, Phillip, who recommended said doctor’s services. Cheryl is desperate to get close to Phillip, even fantasizing she might see him in the waiting room. Soon enough we learn that Cheryl believes in reincarnated love, and has a special connection with random babies she sees on the street, all of whom she believes to be part of a collective soul-group.

Cheryl’s strange world is disrupted when her bosses, a married couple, ask her to take on their 20-year-old daughter, Clee, as a roommate. Clee is a gorgeous and aggressive young woman who soon begins physically abusing Cheryl. When Cheryl stands up for herself, their relationship shifts. To sort this out, Cheryl seeks the help of a possibly fraudulent therapist, who could very well be the receptionist of the alternative doctor we met at the start of the book.

In the same vein as July’s other work, The First Bad Man is lighthearted and absurdly funny, even while it breaks serious taboos by adding complexity to issues such as violence and statutory rape. Cheryl watches one of her employer’s workout/self-defense videos, in which the instructor tells viewers, “With your new ripped bod, you may actually get attacked more often!”

While discussing age differences, Phillip tells Cheryl, “I think everyone who is alive on earth at the same time is fair game. The vast majority of people will be so young or so old that their lifetime won’t even overlap with one’s own — and those people are out of bounds…So if a person happens to be born in the tiny speck of your lifetime, why quibble over mere years?” It sounds amusing and sweet when we think he’s referring to his 20-year age difference with Cheryl. That is, until we find out he’s in love with a 16-year-old girl.

For all the novel’s shock value and humor, there are deep themes and moral questions not far below the surface. For instance, in adult relationships, to what extent do we participate in the cycle of our own abuse? What is the muddy connection between sex and violence? And, to be Freudian, how do parental dynamics plays into our romantic liaisons?

As a fan of July’s fearless and unusual style, I recommend this book heartily — especially to all those weird souls who have a healthy sense of irony, who can stomach unconventional scenarios for the sake of moral soul-searching. In the past, July’s very vocal anti-fan base has charged her with writing bizarre and unbelievable characterizations — but these critics have obviously never been social workers, and they’ve never met my family. The First Bad Man, is unlikely to change these people’s minds, as July falls back on character types from her previous work.

In literary fiction, it can be hard to deliver a happy ending, or at least an ending where everyone gets what they deserve. July pulls this off, and more than adequately ties up any narrative loose ends with a few finely executed surprises. But the best of what The First Bad Man offers are wry aphorisms, one of which I will close with, seeing that we’ve just concluded the houseguest season: “When you live alone people are always thinking they can stay with you, when the opposite is true: who they should stay with is a person whose situation has already been messed up by other people and so one more won’t matter.”