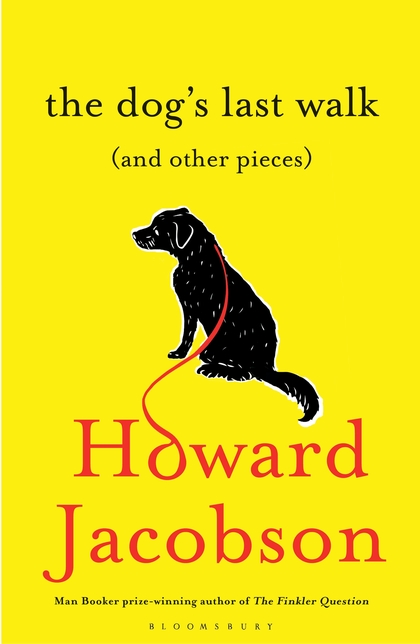 For 16 years, Booker Prize-winner Howard Jacobson wrote a short column in the Independent, a British newspaper which, although still available online, ended print publication last year. The Dog’s Last Walk is a selection of those columns from 2010-2016.

The end of the Independent, Jacobson maintains in his introduction, is proof that we no longer read or think in the nuanced ways we did before. The newspaper’s aim, he informs us, was impartiality and seriousness without solemnity. It fostered “a shared disinterestedness in matters intellectual and stylistic, and therefore a patient leisureliness — an absence of any hunger to have their own views confirmed — on the part of readers.”

Internet culture, by contrast, affords no such expression of views between “like” and “dislike.” Nor, we might be tempted to extrapolate, does the currently polarized political climate.

Jacobson’s columns run about three pages, and although they were written less than 10 years ago, they already feel light years away from the world we now inhabit. Readers of The Dog’s Last Walk might therefore be forgiven for indulging nostalgia, a sentiment this charming if sometimes curmudgeonly collection shares.

Many of these pieces, it has to be said, might not resonate as strongly with American readers as with British ones. They focus primarily on the state of things in London from one week to the next and are full of bygone British cultural references to the likes of, say, Joyce Grenfell and Coronation Street.

Jacobson also waxes long and lyrical on essentially British concerns such as Boris bikes (London’s equivalent of Capital Bikeshare), cricket matches, and his passion for watching darts on television.

But he writes quite tenderly about the value of wisdom over beauty. He’s not much interested in the birth of royal babies, but feels great admiration and fondness for a 90-year-old woman who swims in the sea every morning. You cannot help sharing his horror at an elderly Botoxed woman he observes on a Mediterranean holiday, and his view that our worship of youth is often grotesque and saddening.

Yes, Jacobson unmistakably identifies with the old dogs of the world. The title piece, “The Dog’s Last Walk,” concerns a black Labrador “as old as Methuselah” on a final walk with his mistress in Marylebone. “Done in is the best description I can give him,” Jacobson writes. “A Macbeth dog who had grown weary of the sun and for whom each day was now too like the day before.”

We share his sympathy for the old guy and get why he identifies. But, as we all know, old dogs don’t like new tricks, nor does Jacobson, who often returns to his aversion to technology. In one story, he chases down a woman who has dropped her scarlet scarf in Trafalgar Square, only to realize she didn’t hear his calls because she was wearing earbuds.

In another piece, trying and failing to log onto a literary festival website in which he’s participating, he wonders why he can’t just use his own name, instead of a username and password. After all, he doesn’t really want to log in anyway.

In yet another, he bemoans the loss of privacy and dislikes being told that a person he’s never heard of wants to connect. “What is LinkedIn anyway?” he asks. He’s irritated by the leaks of Edward Snowden and far more sympathetic to the reticence exemplified by the queen.

But what resonates most in these pieces — and here I hark back to his introduction — is his plea for moderation and tolerance for those whose opinions differ from one’s own. “Principle is a fine thing,” he writes, “but so is common sense.”

His best piece on this subject, “Shoot the Highwayman,” concerns Abu Qatada and the risks to national security, where he references an argument between Boswell and Johnson. You simply have to read it to appreciate its wisdom.

In the end, these pieces were written as weekly installments. They were never intended to be read in one fell swoop. They are short, pithy, and fun. They don’t take themselves too seriously but, at the same time, they often provoke some significant reflection. This is the kind of book you should dip into periodically for its subtle complexity and entertainment value.

Amanda Holmes Duffy is a bookseller at Politics and Prose. She is also the author of many short stories and a novel, I Know Where I Am When I’m Falling. Her new novel is Ladyboy.