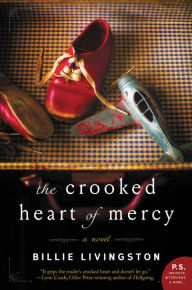 During my childhood, Catholicism surrounded me but was not in me. Beyond the obligatory grandparent-pleasing baptismal rite, my parents didn’t take us to church. (Though that didn’t stop Catholic guilt from playing an intervening role in our daily lives.)

Somewhere around the age of 30, my enormous lack of religious-education yawned up at me. And so I asked my father if we could attend Christmas Eve Mass together. He seemed happy to indulge my curiosity.

The choir soared. The cantor levitated on the power of his own voice. When the priest, along with his procession, broke through a cloud of fragrant smoke, everyone sprang to their feet and sang, O come let us adore him! It was transcendent.

Then my father said, “Psst!” and opened his vest to reveal a transistor radio. He fitted his ear with the headphone and handed me the other, presumably, so I could listen along. “The Shepherd’s on,” he whispered. “It’s my favorite Christmas program. I never miss it.” His face was vulnerable and pleading, and there may have been a slight smirk playing at his lips.

I accepted the headphone. And there we sat, completely at peace with one ear to God and one ear to the Canadian Broadcasting Corporation.

It’s with this same sense of suspended reverence turning into guilt, turning into humor, turning into grace, that Billie Livingston’s American debut, The Crooked Heart of Mercy, comes at us, like a Canadian response to Flannery O’Connor.

The novel begins with the man who used to be Ben. In a mental institution, Ben, or the entity formerly known as Ben, has fallen into an eerie, purgatorial fugue, where his innermost thoughts are intruded upon by the doctors and the other patients around him. Or is he speaking out loud?

He doesn’t know for sure because he’s suffering from a mysterious gunshot wound to the head, and the truth of what really happened is submerged in a hot sea of grief.

Ben’s estranged wife, Maggie, is struggling to find employment and learning to cope with the unspeakable tragedy that led her to leave Ben just before his hospitalization. Not stable enough to face Ben’s ordeal, she finds work with Lucy, a lonely elderly lady who pays Maggie to escort her to services at the Church of Spiritualism, where the congregants receive messages from the dead.

Enter Francis, or rather, Father Luke, a Roman Catholic priest — and Maggie’s older brother. In a more traditional story, Father Luke might show up to minister to Maggie’s ailing spirit, but this isn’t a traditional narrative. Francis is a hard-drinking, chain-smoking gay-sex-having man of the cloth, and one of the most tender characters in recent memory. After a YouTube video of one of his drunken forays surfaces, Francis has to go into hiding, and it’s Maggie, in the bleak midst of her own dark night of the soul, who harbors him.

As the different narrative strands unravel and intertwine in unexpected places, Ben, Maggie, and Francis confront various demons — metaphorical and otherwise — and encounter some deep revelations about the human condition: Fugitives from pain make the most egregious perpetrators; faith offers consolation, but not always restoration; and the best way to bear life’s burdens is to recognize Who We Are in each other, especially during the worst moments.

That’s not to say bookstores should file The Crooked Heart of Mercy in the Christian section. Livingston’s spiritual repertoire is wide enough to include a fascinating pagan storyline, complete with seers and healers. Whether they appear as charlatans or beacons of hope is left up to the reader to decide.

As for Catholicism, Livingston’s take is fluid. Admiring, certainly, but also courageously renegade (and hilarious) in voicing that unspoken thought we’ve all had: There is something very, well, gay about Catholic Mass. Maggie, who felt abandoned when Francis was ordained, asks him, “Is it the robes? Getting all dressed up in the vestments? It is like the ultimate drag show or what?”

Some lines soar with gravitas, like Ben’s incantation to his lost love: “Look at me again. Pin me to the earth, Maggie.” Likewise, Maggie describes becoming a parent as “the roar of love like white water rapids.”

Other times, the prose hits two notes at once, the everyday struggle between the profane and sacred: “It’s one thing when a chicken bone is deaf to your deepest desires, but it must be something else when God goes silent.”

Livingston’s thematic nods to Tobias Wolff’s Bullet in the Brain and Joyce Carol Oates’ Where Are You Going, Where Have you Been? bring another level of literary depth to the predicaments of Ben and Maggie. How can Ben recover? And how much can Maggie sacrifice for her family?

The novel echoes with Flannery O’Connor, and Graham Greene’s The Power and the Glory, particularly with regard to Father Luke, who, like an O’Connor character (and like Greene’s “whisky priest”), is capable of supreme goodness once cracked open. The difference, however, is that Livingston’s take on faith is more compassionate than O’Connor’s and more lighthearted than Greene’s — a post-Vatican II rendering, with softer landings.

The chapter that steals the show is Ben’s climactic arc, which momentarily crosses over into the gothic/speculative realm, in a completely original fashion that is both seamless and horrifying.

The Crooked Heart of Mercy is a gem. Much like a big sis who prepares a young’n for the harsh world, Livingston swiftly kicks the legs out from under you, then catches you in her arms.

In Twenty Years: A Novel