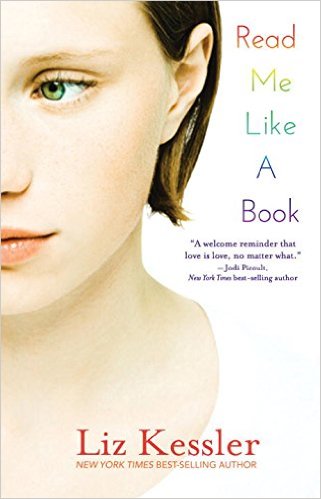 Ashleigh Walker has survived nearly four years of high school with the requisite disdain and boredom of a barely passing student. So when the young new English teacher, Miss Murray, attempts to lure the class into poetry, Ash is initially unimpressed.

“But then I notice her cheeks have gone red. Just a bit, just enough to make me feel sorry for her, and I don’t care about the silent agreement. So I do something I haven’t done for as long as I can remember. I put my hand up.”

From the first class onward, Ash finds herself doing and thinking the unexpected in the presence of Miss Murray. There’s something about this hip new teacher that softens Ash’s defenses and makes her, heaven forbid, begin to like English. Maybe it’s the fact that Miss Murray is the type of teacher who refuses to sit behind a desk, who swears in front of the class, and who has “only been here five minutes and she already knows the top smoking hole.”

But there’s something else about Miss Murray. Something Ash can’t quite name.

As Ash’s infatuation with her teacher grows, so too does her interest in Dylan, a popular boy she meets at a party in the opening pages of Read Me Like a Book. With her best friend, Cat, a tattoo-loving, take-no-prisoners type of chick, Ash obsesses over Dylan: Do I text him or do I not? Does he like me or does he not? And after they’ve been dating for a few weeks: Do I go as far with him as he wants or do I not?

When she’s not consumed by Miss Murray or Dylan, Ash frets about a third, less welcome drama: her parents’ failing marriage. Their curt comments and subzero silent treatment make “the North Pole feel like a Caribbean cruise.” After they announce their divorce (perhaps the most predictable of the plot points), and after Ash falls out with Cat and spends a regretful night with Dylan, she finds herself puppy-dog tailing the one person who still makes her smile: Miss Murray.

Read Me Like a Book moves deftly between these dramas, resulting in a plausible teen triad of school, home, and social life. The sometimes laugh-out-loud teen tone adds to the novel’s authenticity. Kessler’s dialogue, too, is so well-crafted that simple conversations, such as Ash and Miss Murray’s beat-around-the-bush chat at Starbucks, generate impressive suspense.

The momentum and character development, however, do not always move forward evenly. The novel introduces several characters who get mysteriously dropped. Ash’s tendency to ask herself questions in a teeny-bopper-magazine-quiz format also all but disappears after the first few chapters.

Additionally, some characters, such as Ash’s dad and even Miss Murray, are rather flat despite their central roles. There’s also some lackluster repetition, such as Ash’s going on another movie date with Dylan, or hugging her sobbing mother yet again.

The queer scholar in me also takes issue with author Liz Kessler’s depiction of Ash’s coming out. For example, Kessler describes Ash’s sexual experiences with Dylan much more explicitly than the ones Ash shares with a young woman, which gives more power to the straight relationship. (For a more in-depth analysis of the problematic portrayals of queerness in YA books, see queer author Malinda Lo’s blog or the academic The Heart Has Its Reasons.)

Nonetheless, Read Me Like a Book is a welcome and diversifying addition to the field of young-adult literature. Kessler delivers a strong lesbian protagonist, which in and of itself deserves enthusiastic praise, since lesbians get lead billing less often than their male counterparts. (Think Will Grayson, Will Grayson; Aristotle and Dante Discover the Secrets of the Universe; and Two Boys Kissing. Awesome, bad-ass books, yes, but queer females and transgender characters need equal representation, too.)

Read Me Like a Book has, at its core, an insightful examination of relationships — relationships to parents, friends, lovers, mentors, and oneself. In this coming-of-age story, Ash shows us that relationships must change, expectations must adjust, and openness must ground not just our sense of self, but our approach to — and love for — the people and challenges we encounter.

Mateal Lovaas Ishihara is an English teacher with a passion for young-adult literature. She holds an MFA in creative writing, and much of her graduate scholarship focuses on analyzing representations of queerness in YA titles. She is working on an historical-fiction novel for teens, and her most recent short story, “Crossing Harvard Yard,” appeared in New England Review.

Antics of two Marine helicopter pilots fill this Vietnam novel written by a Marine pilot who served in Vietnam.