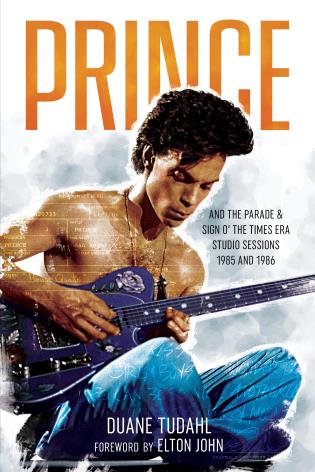 I grew up with Prince in the 1980s, and I can attest that most of us did not regard him as the greatest musical artist of his era. Michael Jackson and Madonna seemed bigger stars. R.E.M. rivaled Prince for supremacy in college dorm rooms, and U2 ultimately overshadowed him on rock radio and MTV.

“I’m not saying I’m better than anybody else,” Prince once said, explaining his decision to forego award shows in those Joshua Tree years. “But you’ll be sitting there at the Grammys, and U2 will beat you. And you say to yourself, ‘Wait a minute. I can play that kind of music, too. But you will not do ‘Housequake.’”

“Housequake” is, of course, the third track on Sign o’ the Times, released in 1987 as the second double album of Prince’s prolific career.

Only later did Prince emerge, not only as presumptive winner of the perennial Prince vs. Michael Jackson debate, but as arguably the preeminent musical artist of the Reagan decade and one of a few truly immortal pop stars of the 20th century.

Prince Rogers Nelson grew up in Minneapolis. He learned the guitar, the piano, and nearly every other instrument without a mouthpiece. He harnessed the melodicism of Joni Mitchell, the rhythm of Sly Stone, and the virtuosity of Carlos Santana in a series of genre-busting rhythm-and-blues albums of ascending quality, starting with For You in 1978 and ending with the triumphal Purple Rain in 1984.

Prince continued to churn out a record a year throughout the 1980s. To some extent, the Prince legend hinges on those post-Purple Rain releases, evidence for or against his enduring artistic supremacy.

None of them approached Purple Rain in sales, but critics hailed Sign o’ the Times as a stunning return to form, a sort of coming of age for the former pop wunderkind. At year’s end, critic Robert Christgau wrote that Sign o’ the Times had “established Prince as the greatest rock and roll musician of the era.” In the decades since, Times has only risen in stature. Many critics now regard it as the greatest of all Prince albums.

A new book by Duane Tudahl, Prince and the Parade & Sign O’ The Times Era Studio Sessions: 1985 and 1986, provides a definitive account of two heady years that followed Prince’s Purple Rain breakthrough, climaxing with his completion of a mammoth three-record set that would be pared down into Sign o’ the Times. The book serves as a companion volume to Tudahl’s 2017 release, Prince and the Purple Rain Era Studio Sessions: 1983 and 1984.

Prince richly deserves a multi-volume biography of the sort already available on Sinatra and Elvis. Tudahl offers instead a detailed diary and chronicle, reeling off copious notes on nearly every recording session and performance on the daily calendar of a man who seldom slept.

The Artist’s most ardent followers will read both volumes cover to cover. Casual fans may not want to plod through 600 pages of Prince session notes. Yet I came away from Tudahl’s new tome with a powerful sense of the essential Prince.

Tudahl reveals a man who spent nearly every waking hour writing, recording, or performing his music. Prince awoke with a song in his head, and he never left the studio until he had arranged and recorded it, typically playing every instrument and singing every part himself. A session might stretch for 10 hours, or 20, or 30. Prince stopped only to snack on Doritos and Toblerone, and he expected musicians and producers to match his pace.

When Prince returned home from a Minneapolis club with a beautiful woman on his arm, he would deposit her on a chair and return to his music. In a poignant scene from Studio Sessions, engineer Susan Rogers recalls walking into Prince’s kitchen and finding a nude woman making coffee. Returning downstairs to the studio, Rogers tells Prince, “There’s a naked woman in your kitchen.” Prince replies, “Yeah, she’s something, isn’t she?” He goes right on working.

Prince never topped the pop charts until Purple Rain, which sold 25 million copies and defined the summer of 1984 for young, urban hipsters. Tudahl’s book begins as Prince awaits the 1985 release of his Purple Rain follow-up, the dreamy Around the World in a Day, and begins work on his second film, “Under the Cherry Moon.” The film would bomb, and the accompanying soundtrack, Parade, left Prince underwhelmed, although it included perhaps his very finest song, “Kiss,” a track his label attempted to block because it lacked a bass part.

Superstardom drove a wedge between Prince and his closest collaborators, singer-percussionist “Sheila E.” Escovedo, keyboardist Lisa Coleman, and guitarist Wendy Melvoin. Wendy & Lisa were a couple, and Prince became engaged to Wendy’s twin sister, Susannah. By the time he completed work on Sign o’ the Times, Prince had fired Wendy & Lisa. All four women found Prince impossibly remote, except in the studio, where they could commune through his music.

Prince could be generous with that music. He wrote and recorded entire albums for Sheila E. and R&B artists the Family and Mazarati in 1985 and 1986, giving away catchy songs that might have strengthened Parade or Sign o’ the Times. (He very nearly gave away “Kiss.”) And he was a tireless philanthropist, performing at hospitals and children’s homes even as he endured withering criticism for snubbing “We Are the World” in 1985.

But Prince could be stingy with money. According to Tudahl, he paid Wendy & Lisa only $800 a week and posted massive charges against Sheila E.’s tour earnings, leaving her deep in debt at the height of her fame.

Tudahl urges the reader to play Prince’s songs while reading the book. I did, and I tried to fall in love with Sign o’ the Times. I bought all of the canonical Prince albums in the ‘80s, and I’ve long thought Purple Rain might be the finest record ever released. I consider Prince’s first double LP, 1999, a staggering achievement, as important a twofer as Stevie Wonder’s Songs in the Key of Life.

But I never regarded Sign o’ the Times as a great Prince album. The record stalled at number six on the Billboard album chart. Yes, critics love it, but I’ve seldom seen a used copy that looked worn from repeated plays. To my ears, little on either disc approaches the sustained magnificence of 1999 or Purple Rain.

Tudahl’s book didn’t change my mind about Sign o’ the Times. But Studio Sessions delves deep into the mind of a millennial Mozart, dissecting his craft and illuminating his demons. Like a great Prince album, it reveals the Artist down to his heart.

A Cambridge-trained philosopher ponders the imponderables of athletics.

By David A. Clary