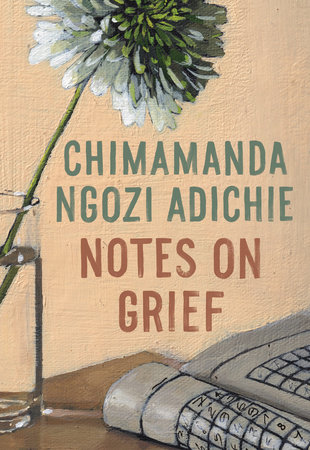 I have often felt that, for people in the depths of grief, enduring a funeral and its requisite trappings is tantamount to torture. How can society insist that the grieving suffer under the clumsy, thoughtless platitudes of the well-meaning or be drained by those overly emotive others who, in rushing to prove their own sorrow, demand the mourner comfort them?

Author Chimamanda Ngozi Adichie seems to agree that this is wrong. In the slender, personal Notes on Grief, she channels her resentment of such ceremonies, giving herself over to a bitter unwillingness to participate in the public sharing of grief or to endure it from others.

She has lost her 88-year-old father, who had kidney disease. But do not make the mistake of patting her arm and telling her that he had a good, full life and that she should be happy for the time they shared. Deeply felt grief bares its teeth and snarls at such sentiments.

Unfortunately, as Adichie observes, “that Igbo way, that African way, of grappling with grief [is] performative, expressive outward mourning.”

She continues, “I wince now at the words I said in the past to grieving friends. ‘Find peace in your memories,’ I used to say.” She understands the true meaning of those words now: “This is what you will never again have.”

Adichie learns the mourner’s sense of affront that the world somehow continues on, unchanged and unconcerned, still demanding participation.

The year 2020 was uniquely horrific for those separated by borders and distance. Adichie’s family of eight — father James, mother Grace, brothers Okey, Kene, and Chuks, sisters Ijeoma and Uche — is spread across Nigeria, England, and the U.S. They were used to traveling back and forth across the ocean, but the pandemic reduced their visits to the ubiquitous Zoom screens where much of life played out in lockdown.

Adichie sets the scene quickly and economically: the family’s weekly Zoom calls, her daily check-ins, the four-day period in early June during which James went from feeling tired to being irretrievably gone. The speed of his decline and death, coupled with her inability to be there with him, contributes to her sense of unreality. She is unable to accept that this is actually happening.

Just as economically, she renders the Adichie family in small scenes that together paint a full-bodied portrait of who they are and what they have lost. James, professor emeritus at the University of Nigeria and the country’s first professor of statistics, is kind, attentive, unafraid to dance with happiness, respectful of the choices each of his children makes, and undemanding of them as they live their adult lives. His willingness to let them go ensures that they are drawn joyfully back.

Professor Adichie, supportive and proud of wife Grace, who became the first female registrar of the University of Nigeria, regularly greeted the author, his youngest daughter, with a series of honorifics: the One Who Does Great Things; the Equivalent of Many Men; the One Whose Arrival Ends the Battle.

“Is he the reason I have never been afraid of the disapproval of men?” she writes. “I think so.”

Woven into her account is a jarring juxtaposition of lived experience. Grace gave birth to Ijeoma and Uche in the U.S. while James was pursuing his Ph.D. at Berkeley. The family returned home at the start of the Biafran civil war, in which James’ father died in a refugee camp, and Nigerian soldiers burned all of James’ books — which were later replaced by friends and colleagues from the U.S. and U.K.

Years later, James was kidnapped, thrown into the trunk of his car, and held for days in the forest to extort a ransom from his famous-writer daughter. It was because of James’ dual Nigerian/U.S. citizenship, secured by his American daughters, that the U.S. ambassador sent help. Though James and Grace visited the U.S. often, they spent their final years in Abba, the family’s ancestral village.

Unfortunately for the Adichie family, Grace died this year on her late husband’s birthday, less than a year after his death and two months before the publication of this work by their heartbroken daughter.

I offer my apologies in advance to Adichie, for whom reminders of happiness in the midst of grief are unwelcome. Though she made me understand and even feel the hollow space left by her father’s absence, more than anything, Notes on Grief gave me a sense of untrammeled joy. Here is a family that truly loves one another and delights in each other’s company. What greater gift in life can there be?

Yes, Adichie is left to mourn what has been taken from her, but she has also given readers a taste of the happiness that many spend a lifetime seeking and never find.