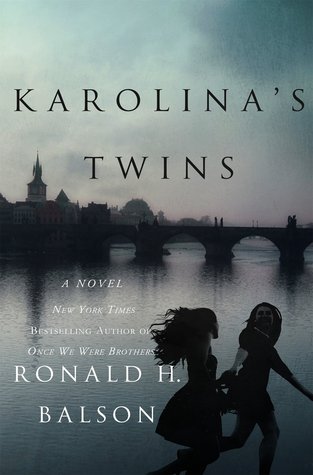 Karolina’s Twins is the third book in a trilogy (hopefully, to be a series) by Ronald H. Balson. Part legal thriller and part Holocaust narrative, the story echoes the pattern of Balson’s first novel, the highly successful Once We Were Brothers.

As with the earlier book, the author risks the possible tedium of putting readers through long stretches of extremely detailed conversations in which one voice dominates. This time, it is the voice of Polish-born Lena Scheinman Woodward, a Holocaust survivor who has a complex story to tell, a promise to keep, and a secret. In her late 80s, Lena is in fine physical and mental condition; she speaks with elegance and precision.

The setting for her storytelling is primarily the law office of Catherine Lockhart, a lawyer whom Lena insists should represent her. But as much as Lena reveals to Catherine, the lawyer feels that her client is holding something back. Meanwhile, Lena’s son, Arthur, is prepared to have her declared incompetent: He fears she will squander family resources on an old obsession, and he strives to take control of the assets.

To Arthur, Lena appears obsessed and delusional. But Lena’s preoccupations stem from a promise to return to Poland and find her best friend Karolina’s twin daughters. The infant girls, traveling to a concentration camp along with Karolina and another woman, were cast out of a railroad car in order to save their lives.

The unfolding narrative, which requires many meetings, is in part shaped by Catherine’s questions. Often, Catherine’s husband, private investigator Liam Taggart, is in the room. It will be Liam’s task to verify the facts of Lena’s story — including the reliability of her memory.

So there is the story Lena tells, mostly focused on her experiences during the Holocaust, the story of the legal proceedings, and the story of the relationship between Catherine and Liam, appearing in the trilogy together, for the third time (including the second book, Saving Sophie).

The Holocaust narrative is fascinating, horrifying, and yet on the whole, uplifting. We are witness to terrible suffering via the full range of Nazi cruelty and the defiant, generous actions of a handful of individuals. It lives in the authentic details of place, especially the Scheinman family’s small town, which is occupied by Nazi forces. Balson’s historical research goes far beyond the story he was told by the woman whose life served as his main source. Moreover, he employs that research smoothly and stunningly.

Once the legal proceedings are underway, Balson is writing a courtroom drama. Arthur’s lawyer is truly nasty: a fine match for his client. The unfriendly, self-important judge threatens Catherine with contempt of court if she does not reveal information that would sacrifice attorney-client privilege. The competency hearing requires more than the display of Lena’s obvious mental and physical health. How can she prove that she is neither fabricating nor imagining seemingly far-fetched events?

Liam’s job is to verify the key elements in Lena’s story. But what can be discovered 70 years later? Readers will eavesdrop on his phone calls from Europe in which he reports to Catherine his frustrations, his plans, his leads, and his findings. Balson’s absorbing presentation of Liam’s investigation is handled with authority and vigor.

Readers may find Lena’s articulateness a problem. Often her speech seems unusually studied or scripted — not quite what one would expect in any conversational situation in which a degree of improvisation is expected. The sentences are so well-turned, it’s as if they’ve been rehearsed. And yet one can’t help but feel and believe in the essence of her character.

Balson has done an excellent job of writing three stand-alone novels that have just enough teasing cross-references to draw a reader from one book to the others. These include, for example, a reference to a gorgeous Israeli agent who figures importantly in Saving Sophie now showing up in Karolina’s Twins to meet Liam at Yad Vashem, where he does some of his Holocaust research. Another example is Catherine hiring a lawyer (once her employer and later her adversary) to help her with the contempt issue. He first appears in Once We Were Brothers.

It is time, perhaps, for Balson to call his books the Lockhart and Taggart Mystery Series — because I wouldn’t mind more.

The Mountains Sing: A Novel