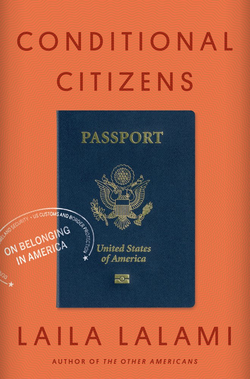 Throughout U.S. history, citizenship has come with strings attached for the majority of Americans. Those who are native born, white (preferably of Northern European extraction), male, Christian (preferably Protestant), propertied, able-bodied, and cisgender may enjoy full rights and privileges. For the rest, conditions apply.

This is not exactly a secret. Now, however, an unprecedented confluence of events makes it impossible to ignore: Black Lives Matter; #MeToo; a president who fans the flames of white grievance and nativism; a pandemic that has starkly pointed out the racial and economic inequalities in this country; and the “Birtherism” that once again arises because a person of color has been nominated for one of the highest offices in the land.

Not coincidentally, bestseller lists are dominated by titles such as Isabel Wilkerson’s Caste, Ibram X. Kendi’s How to Be an Antiracist, and Robin DiAngelo’s White Fragility, to name but a handful of the plethora of books touching upon the different “levels” of American citizenship. There is an outpouring of press and journal articles, as well as countless discussions on social media.

Enter Laila Lalami’s Conditional Citizens: On Belonging in America. On the surface, its timing could not be better, with its stated focus on “people whose rights the state finds expendable in the pursuit of white supremacy,” who are “policed and punished more harshly than others by the state…are not guaranteed the same electoral representation as others…[and are] more likely to be expatriated or denaturalized” regardless of birthplace or citizenship status.

Timeliness is a double-edged sword, however. If an author is writing about a topic that is in the very air we breathe these days, it is imperative to say something that others do not. Lalami misses the mark in spite of her unique experiences as a Muslim from Morocco who became a U.S. citizen 20 years ago. At issue is a book so profoundly disorganized that it raises anew the question of what precisely editors do these days.

Lalami is no neophyte author: She is an award-winning novelist, as well as a creative writing professor at the University of California Riverside. But her debut attempt at a nonfiction book seems to have gotten away from her.

The book defies description, and not in a good way. Is it a memoir? Sort of, but Lalami constantly veers away from the story of her own life and only returns to it intermittently. A book of essays? A note at the end mentions that sections were originally published in various magazines, but one topic bleeds into another with no rhyme or reason. It is not uncommon for authors to weave seemingly disparate subjects into a coherent whole, but that does not happen here.

Scholarship is sparse, with “sourcing” that is anything but — endnotes mostly expand on points made in the main text, or refer to newspaper articles or the author’s previous work — and the book is heavily reliant on anecdotes and the author’s “feelings” to make unsupported assertions such as:

“Class is taken to be the exclusive outcome of personal choices. It’s for this reason that the rich are admired, while the poor are blamed. This attitude is peculiarly American, I think. Growing up in Morocco…I never got the sense that the neediest among us were to blame for their economic situation.”

The book ping-pongs from musings on Lalami’s mother-in-law’s dementia to the history of ISIS to the phenomenon of global migration and how it will be worsened by climate change. A riff on the cruelty of U.S. border policy is tangentially related to her general theme, but takes her away — for many, many pages — from the topic of unequal treatment of those who are already U.S. citizens.

The most perplexing aspect of Lalami’s book is her seeming lack of awareness of the here and now. The reader will look in vain for, say, a reference to Black Lives Matter. Instead, Lalami rehashes a number of incidents that are very old news to any reader who is even marginally well-informed, including anti-Muslim sentiment in the 9/11 era, the racism of the 2016 Trump campaign, and the Brett Kavanaugh and Clarence Thomas hearings.

These last seem to be aimed at illustrating the devaluing of women in this country, but lengthy citing of the Kavanaugh case is at variance with Lalami’s framing of conditional citizenship in terms of white versus non-white. It is similarly illogical that Lalami does not include women in her definition of “conditional citizens.” One of the many aspects of 2020 that she seems to have overlooked is the numerous anniversary commemorations of the 19th Amendment and attendant reminders that many women still face a raw deal in this country.

As with many “problem” works, this one includes an obligatory “solutions” section. Lalami’s consists of platitudes such as “dismantling these deeply entrenched systems requires radical imagination and lifelong commitment. The task may seem monumental, but there is nothing insurmountable about the struggle for equal citizenship.” Or, “Citizenship is made meaningful by the active practice of educating ourselves about how the political, educational, and social choices we make affect others.”

In the end, Lalami’s book is a lost opportunity. Its one truly revelatory part — a history of Muslims in America, buried within Lalami’s grab-bag of other topics — could have served as a backdrop to her own story and made for a compelling and unique read. Instead, the author has chosen to lecture us on much that we already know while overlooking the many ways history has moved on, seemingly without her awareness.

Elizabeth J. Moore is a freelance writer in the Washington, DC, area. She was a longtime senior analyst and instructor with the U.S. government, including tours at the Defense, State, and Treasury departments, on the Office of the Director of National Intelligence’s President’s Daily Brief Staff, and at the National Security Council, the National Intelligence Council, and the CIA. She holds a master’s degree in international politics from American University.

Sex on the Kitchen Table