Cleopatra and Frankenstein: A Novel

Refusing to grow up plays better in Never Never Land than in modern-day Manhattan. 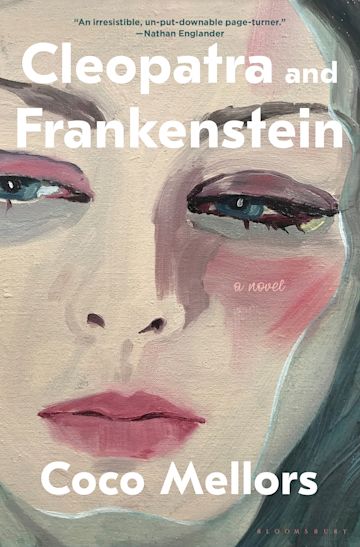 Adulthood is an arbitrary, fickle thing. There’s nothing truly transformative about turning 18 or 21. Sure, you can buy a lottery ticket or a bottle of booze. Or vote, to keep it classy. But being a grownup isn’t about your age, really. I’d argue my 4-year-old possesses greater maturity than some fully grown men I’ve encountered.

For some, the onset of true adulthood proves elusive and unattainable well beyond the legal achievement of it. Lots of people only reach it when their experiences or circumstances force it upon them. Others never get there — languishing in a kind of adolescent purgatory for years or decades.

Unless you’re Peter Pan, it’s not so cute never to grow up. And the characters in Coco Mellors’ Cleopatra and Frankenstein are not Peter Pan. They’re stunted pseudo-adults who seem incapable of achieving maturity or even displaying empathy. When they finally do, the cost is so steep, the damage so extensive, and the page count so high, it’s difficult to know if the destination was worth the journey. For the reader, that is.

The novel’s premise sets up rocky terrain ahead from the very beginning. The titular couple — Cleo and Frank — meet cute one night in New York City. They’re both leaving the same party, Frank to get ice from a bodega, Cleo simply to go. They strike up a conversation, neither returns to the party, and thus a whirlwind romance is born.

It’s a relationship fueled as much by drugs and drinks as by chemistry. Lest you think those drugs are strictly a joke, Frank, Cleo, and their set are the reason restaurants put up charming needlepoints that say “please don’t do coke in the bathroom.” It’s also fueled by the prettiness of each of these people. Frank is classically handsome. Cleo is described as an almost ethereal beauty who is also young enough to be Frank’s daughter. Keep an eye on the power imbalance this creates because it becomes a real third partner in their relationship later on.

In fact, it’s a relationship that might have burned hot and bright before fizzling out, but circumstance — with a big dash of heedless impulsivity — nudges these two toward the altar instead. The English Cleo needs a green card if she wants to stay in the U.S. Frank hopes to care for someone of his own choosing. The two have a courthouse wedding, attended by the hot-dog vendor from out front, and an epic dinner celebration catered by their rising-star-chef friend, Santiago, who’d thrown the party where they originally met. The honeymoon phase, alas, is short-lived.

Taken as individuals, it’s strangely hard to know either main character. Frank might best be described as the very embodiment of the patriarchy. A privileged white male enjoying wild success without much (apparent) talent or effort.

Unfair? Perhaps. Maybe he’s a true advertising wunderkind, but we don’t get to see that. Nor do we really get to see Cleo’s talent. She’s an artist, yes, but she’s so eaten up by Frank’s life that we don’t notice her burgeoning gifts. It’s possible, of course, that that’s the point. Each protagonist enables the worst tendencies of the other, and that’s what we do see.

Nothing like a little schadenfreude to pique a reader’s interest. Entire magazines rely on that impulse to keep them afloat. The problem here is that it goes on for several hundred pages full of standard household drama and escalating pathos. The domestic drudgery, even if it’s realistic — or because it is — is awfully tedious. Show me an argument I and my fellow marrieds haven’t lived!

And the pathos, well, it’s tough to take when you don’t like anyone. A bit of relief comes from a handful of the title characters’ friends and relations. But most of the supporting cast are just as bad as, if not worse than, Frank and Cleo when it comes to arrested maturity and selfishness. It’s thanks to the few who do exhibit some compassion and emotional intelligence that the novel’s promise is fulfilled.

The turning point comes about two-thirds of the way in, with a dramatic episode of self-harm from Cleo, who is so worn down and miserable in her relationship with Frank that she loses her grip on herself to an alarming extreme. Santiago is the one friend Frank confides in and seeks support from. The care and compassion Santiago brings to his visit with Cleo seems to crack open the ability for the other characters to see beyond the ends of their own noses.

The remainder of the book feels finally rendered in color. Most of the characters grow into real people, and those who cannot are left behind. It’s a satisfying conclusion, but a reader must weigh the journey against the payoff. Then again, maybe I’m just a dull adult who doesn’t appreciate how great it is to do coke in a restaurant bathroom.

Tayla Burney is an avid reader who is passionate about supporting literacy and independent bookstores. Her literary newsletter is on hiatus, but she still tweets entirely too much at @taylakaye.