City on the Edge: Hong Kong under Chinese Rule

Does a profitable past augur a bountiful future? 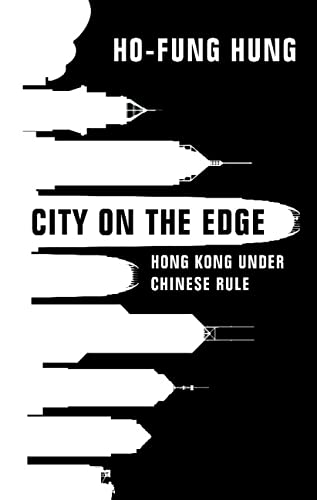 “Hong Kong has never been a tranquil place,” writes Ho-fung Hung in City on the Edge. Those who would control it have “always faced a dilemma between establishing full political control at the expense of its economic function and maintaining its utility by tolerating its autonomy.”

The momentous — maybe disastrous is the better word — changes in Hong Kong over the last decade have prompted a flurry of analysis: memoirs, polemics, histories, and manifestos analyzing and lamenting what Hong Kong has become. The powerfully prescient film “Ten Years,” meant as a warning of a possible future, was more description than speculation when it came out. In Louisa Lim’s Indelible City, she puts it bluntly: “There is no escape from the horror of watching your homeland destroyed.”

In this way, even though City on the Edge focuses explicitly on Hong Kong under China’s rule since 1997, it impressively situates the territory in a much longer context. Hong Kong, perched on the edges of so many geographical, political, and cultural entities, has been evolving and adapting for centuries. “The power and resistance in post-handover Hong Kong are, in many ways, a continuation of this geo-history of Hong Kong in the long run,” writes Hung.

Appropriate to its subject, the book gains its power by crossing borders. The author is a sociologist — and the book a detailed study of political economy and development — but City on the Edge’s core thesis is the importance of history. The result is a data-based work that relies on broad context to properly understand trends and events.

The greatest value of this book is that it drills down into Hong Kong society to try to answer the question of the city’s future. In chapters looking at the increasing mainland presence in Hong Kong’s business leadership, the class composition of social protest, and the growth of the territory as a financial center, Hung attempts to make a rational assessment of what is gained, risked, and lost by differing degrees of coercion from Beijing (or, looked at from the other perspective, differing degrees of autonomy).

While he bluntly asserts that “the report about Hong Kong’s death is again greatly exaggerated,” Hung’s optimism is circumscribed. He is arguing that Hong Kong’s demise is not certain, rather than that its success is guaranteed. It’s important not to confuse these propositions, and the risks Hong Kong faces can be seen in the comparisons Hung chooses.

In a chart, he places Hong Kong in the context of territories “seeking larger autonomy or separation from a dominant sovereign state.” It’s sobering to see Hong Kong included on a list with South Sudan, East Timor, and Kosovo, all of which experienced war because of their desire for autonomy. While other cases are more hopeful, it’s impossible to know which of these paths, if any, Hong Kong might choose. The recent past is not a promising precedent.

It is perhaps telling that what I am viewing as relative optimism could more accurately be described as uncertainty. On the book’s last page, Hung asserts, “The struggle for the future of Hong Kong did not end in the 2019 unrest and the crackdown afterward. It has just begun.”

Historian Jeffrey Wasserstrom, writing of his 2019 book, Vigil: Hong Kong on the Brink, notes that “Hong Kong has a long tradition of making fools of forecasters,” and Ho-fung Hung takes this to heart. He does not offer a prediction about Hong Kong’s future. On the contrary, he urges caution to those who would claim that it has already been written.

James Carter is the author of Champions Day: The End of Old Shanghai (W.W. Norton & Company).

An Elegant Defense: The Extraordinary New Science of the Immune System: A Tale in Four Lives