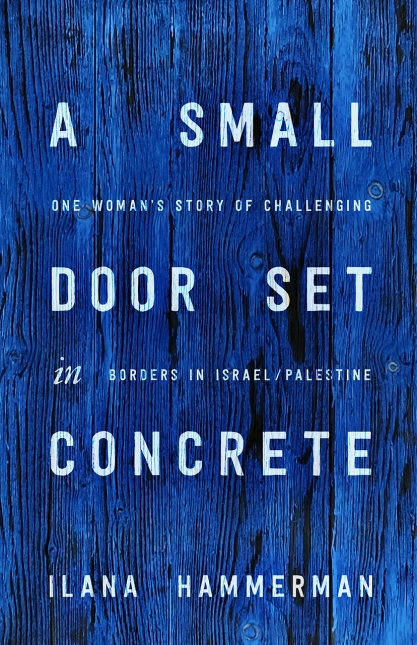 Ilana Hammerman, an Israeli scholar, journalist, translator, publisher, and activist born in Haifa in 1944, three years before the State of Israel came to be, is a woman obsessed. In this deeply affecting account of her visits to the West Bank and Gaza, the object of her obsession becomes clear: families who seek only to live normal lives but are caught up in what seems an intractable conflict.

Here, she writes not of her countrymen but of the beleaguered Palestinians she has come to know in her unsanctioned visits to their occupied enclaves. She laughs with them, cries with them, and tries to help them in seemingly mundane ways to navigate through physical roadblocks and bureaucratic thickets.

Her crossings intensify after she loses her husband and sister within a year. As “a woman alone,” Hammerman goes off to the wilds of New Zealand. Then, returning to her Jerusalem apartment, she crosses political and territorial boundaries to forge friendships with Palestinians in the territories Israel has occupied since the 1967 war in which it triumphed over Arab countries seeking its destruction.

In due course, she assists Palestinian friends, and friends of friends, in illegally crossing from the West Bank into Israel for work or simply to bask on the Mediterranean beaches, on occasion hiding the illegals in the trunk of her red Ford Fiesta.

As I read these beginning chapters and learned of the inconveniences and inflexible rules Palestinians must endure as they seek to lead normal lives, I thought of how refugees seeking sanctuary or jobs in the United States are subject to far worse treatment along our southern border.

Yet the picture grows much darker as Hammerman opens the “small door” from Israel into Gaza, the narrow strip of land with 1.8 million people crammed into a mere 17 square miles. Most of her recollections — told largely in the third person — are of the 1980s and 1990s. But her book contains updates that strongly suggest, at best, no improvement in conditions since Israel left Gaza in 2005 and Hamas, a fundamentalist militant organization, won the right to rule the area two years later.

“The Gaza strip is no death camp,” Hammerman writes. “But for very many years, and increasingly, it has become a huge concentration camp.” She could be faulted for failing to criticize Hamas and the Palestinian Authority for their intransigence or outright unwillingness to negotiate a peace settlement with Israel. But those critiques she leaves for others.

In Gaza, while it is still under Israeli control, she helps a Palestinian family visit an imprisoned relative she identifies only by the initial R. She never tells us what R is charged with; it seems enough that he and many others are suspected of being potential terrorists.

For this vague “crime,” they are held in “administrative detention” as “security prisoners” for months without formal charges, sometimes beaten and tortured, then just as inexplicably released. The Israeli soldiers who guard them range from cruel to indifferent to polite, “just men doing their job,” Hammerman writes.

As with the border crossings, there is unyielding bureaucracy, as well as required identity papers, travel and work permits, and other obstacles to unfettered passage for the visitors to the Gaza prison.

Hammerman doesn’t deny Israel’s right to defend itself. It is what she sees as the disproportionality that she deplores and that sets her firmly within the shrinking Israeli peace camp.

She notes that Operation Protective Edge, the 2014 Israeli incursion into Gaza in response to 4,000 rockets fired into Israel, resulted in the deaths of 2,200 Palestinians, compared to 57 Israeli civilians and 67 Israeli soldiers. Also in Gaza, 18,000 houses were destroyed, and 100,000 people were left homeless.

The author takes offense at the blithe indifference of even her liberal Israeli friends and their refusal to see Palestinians as individuals who seek only to live their lives and raise their families in dignity and peace, not as mortal enemies.

“How they hate us,” a woman exclaims when Hammerman, at a polite party in a nice Jerusalem apartment, relates how the raising of a Palestinian flag on a mosque in Gaza earlier that day brought Israeli soldiers firing live ammunition at children throwing stones.

The relatively small number of Israeli casualties at such events, Hammerman notes, is too often only “an excuse for inaction” on a two-state solution to the never-ending conflict.

Except in a brief update, she doesn’t mention Hamas, which has defended the launching of 20,000 rockets across the border just since 2014. The Palestinian Authority, which administratively controls much of the West Bank, is mentioned five times, but largely in a bureaucratic context. Though Hammerman is by no means neutral, her book is, in one sense, apolitical. She wants readers to join her in transcending borders.

It is that small door she seeks to open so that others may see what she sees: not implacable enemies, but normal people. She is determined to cross “barriers of walls and fences, ignoring borders of stone and metal and laws and decrees, and challenging the borders of the soul: borders of subjugation and fear. And defeating them.”

In the end, Hammerman writes, her credo comes from the 19th-century American philosopher Henry David Thoreau: If injustice, he opined, “is of such a nature that it requires you to be the agent of injustice to another, then, I say, break the law. Let your life be a counter to stop the machine.”

Eugene L. Meyer, who serves on the board of the Independent, is a former longtime Washington Post reporter and editor and the author, most recently, of Five for Freedom: The African American Soldiers in John Brown’s Army.