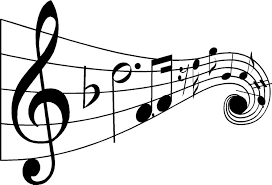 I'm involved with the lovely group of people putting together the Washington Writers Conference: Books Alive 2015. It's a wonderful event, and I enjoy the challenge, but one thing I've noticed is that there is a wide, gaping space between the prose and poetry community of writers. There are those among the organizers who are reluctant to bring poetry in for a variety of reasons. It's a topic I'm sure I'll return to.

Another bit of writing sadly neglected by writers is songwriting. Fingism is about comprehensive, inclusive knowledge, and synthesis of antitheses, so I want to dwell on how writing is too carelessly broken down into these genres and becomes a matter of judgment oppressing natural wit, enforcing separation of modes of expression, and discouraging communication.

Here's an example. I once read a book called Victims of Yalta for a book review. Excellent, painful, complex book, and my review was squashed because it wasn't sufficient. I'd been asked to compress a 700-page, scathing indictment of a monumental historical wrong into 900 words!

And I couldn't do it. Which frustrated me.

This issue was stewing with me when I came up with a rollicking kind of melody on guitar, one I associated with rumbling Irish tunes like “If I Should Fall from Grace with God” by the Pogues. Not a complicated riff, but ready to carry an angry story. One afternoon, as I stood staring at the spine of Victims of Yalta, mindlessly strumming that tune, my lyric version of the book spilled out of my head in ultra-compression. I wrote down the first seven verses as fast as I could, and added the last verse a few days later. If I couldn't get it in 900 words, I was going to get it in 100.

When it comes to the mastery of compression of language, some of my models are Raymond Carver, the Vulgar Boatmen, and Bob Dylan, of course. So I took the basic rhythm of the chord progression and bounced a vocal melody over it with the simplest (but still shocking and absurd) words that zero in from the big picture:

As rudimentary a definition of forcibly returned refugees as could be fit in the measure. The next verses narrow the focus to one of the leaders of the White Russians who despised the Bolsheviks and wanted to return to the Czarist days.

The next verse details the fate of General Volkov's “200,000 men.” But outrage isn't necessary because, in detailing these harrowing scenes of being “locked in trains” and “the kids who survived,” the outrage is manifest.

If you fight for democracy
You might think that people are free
But not in this case, with a gun to their face
They were all made victims of Yalta

There are several other verses, but you get the point. If I'd disallowed myself the use of the compressed language of lyric/poetry, I would have lost my complex response to this complex story. But because I like to go where my literary urges take me and not hinder the possibilities of my responses, I was able to make a song of it.

Writers should use every trick in their arsenal. When people talk to me about writer's block, which isn't very often, my answer is turn your gaze outward, record the phantasmagoria of everyday life. Find the powerful in the simple. Work with poetry to make your prose better.

(And come to the Washington Writers Conference: Books Alive 2015 to get your synthesis of poetry and prose! Grace Cavalieri will be hosting our morning poetry panel and receiving the inaugural Washington Independent Review of Books Lifetime Achievement Award. You'll have a comprehensively good time!)