When Your Favorite Author Goes on Hiatus 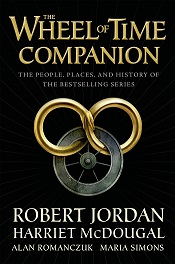 Most authors are avid readers. As a writer, you can learn a lot from reading someone else’s work. I’d like to say every book I read is analyzed for lessons I can incorporate into my own writing. But it’s not true. Reading has surely made me a better writer, but mostly I do it for enjoyment.

Some of my best friends, worst enemies, and book boyfriends (good thing my husband isn’t the jealous type) come from favorite novels and series. A good book can take me to the heights of joy or the depths of despair.

I particularly enjoy reading series — living in a familiar world with characters I love. It’s like going on vacation while not leaving the comfort of home. But in several cases, authors I love have stopped writing in the middle of a series. As a reader, I feel betrayed when a series goes on hiatus or is shut down completely. When this happens, I gnash my teeth, shake my fist at the heavens, and beat my breast in despair. How can they do this to me?

The first time I felt betrayed was in 1991. I picked up "The Wheel of Time" series by Robert Jordan. There were three books available, and I was told there would be just three more. Twenty-two years* later, the 14th — and final — installment was published. Jordan died in 2007, but he’d left lengthy notes so that another author could finish his series. In all, it contained over 4 million words. Talk about a long-term commitment.

As you might imagine, I was slightly aggravated. Over those torturous years, I was sure "The Wheel of Time" would NEVER be finished and that he’d leave me hanging. That’s also the reason I won’t read a certain bestselling fantasy series by an author who’s currently one of the writers for a popular show based on his novels, but who hasn’t actually finished the series. Fool me once…

And I have been fooled many times. In the last couple years, three favorite series have gone on hiatus. In one case, the author suffered a terrible fall, had to have many surgeries, and spent months on painkillers. Another received a scathing editorial critique that left her with writer’s block so severe she hasn’t published anything in the last three years. The third had to deal with family deaths and subsequent depression and grieving. All three authors are supposed to have books out sometime this year. In two of the cases, I’m optimistic.

Just one of the authors above posted anything about her life circumstances on her website/Facebook page. I only know the details on the other two because we have mutual friends. I am sympathetic to these authors since I know their circumstances. But if I didn’t, I wouldn’t be nearly as understanding. And even though I know they’re dealing with difficult issues, I still feel frustration.

Because there’s nothing I’d rather spend my time and hard-earned money on than a good book. In a way, my frustration is a compliment to these writers. I love the worlds they create so much that I’m annoyed when I have to wait and wait and wait to get to the next book.

It’s a funky sort of social contract. You write. I’ll read. It’s a match made in heaven…until it isn’t. Then the agonizing waiting — or, in some cases, raging — begins.

Let’s hope I won’t have to wait another 22 years for these beloved stories to conclude.

*It was totally worth it.

(Author’s note: Next month, I’ll cover the same topic, except from a writer’s perspective.)

Part 1 of a scintillating four-part series…