Too much connectivity is a double-edged sword. 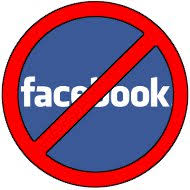 I have a problem, I admit. I have to closely monitor how much time I’m on social media or I will spend countless hours doing pretty much nothing. I’m not a huge fan of Twitter, though I have an account. Instagram, not so much. Pinterest? Yeah, okay.

I love knowing what my “friends” are up to. And, yes, I’ve been known to look at cute cat pictures a time or two (thousand). I now set timers so that I only spend a small portion of my time on social media. It’s just soooo easy to get sucked down that rabbit hole. And I have writing to do. “Promises to keep. And miles to go before I sleep.” (I bet Robert Frost is glad he didn’t have to contend with social media, or he might not have been as productive.)

Not only is social media a time suck, but it can also affect my mood for the day. Currently, there’s a ton of political posting — okay, ranting — every day. While important, it wears on me. And not everyone fact checks what they post. So, it’s easy to get enraged about something that never even happened. But it’s on Facebook, so it must be true, right?

Confirmation bias is real, yo.

And while Facebook is a wonderful way for writers to connect with readers and other writers, it also opens us up to readers expecting a certain kind of access to our lives. I’m an extrovert and not particularly private when having a face-to-face conversation with a friend or colleague.

However, I have a lot of social media “friends” whom I’ve never met in person. They may not be who they say they are (i.e., catfishers). I have no way to know unless I want to spend even more time on social media vetting them.

Did I mention I have an author and a personal Facebook page? These days, I spend more time on my author page, but I share less about my family, particularly my kids. I have no trouble telling funny stories, but I rarely refer to my children by name, and I never post photos of them.

In my professional life, I only grant limited access to my family. Since I write gay romance, I occasionally get a hater or two. It’s crazy how social media removes any feelings of accountability in some people, and how some will say the most horrible things there that (I hope) they wouldn’t to my face. I don’t want my family to become mired in that toxic swamp.

Authors also have to decide what they can — and should — say on social media. I have some writer friends who talk in great depth about very personal issues. For me, I don’t want those things to represent my brand, so I tend to keep personal issues personal.

That’s not to say that I hide myself away or am not honest with my readers. I am. But I get to choose what I share with the world and what I would share in a conversation with a close friend. The two are separate, though I recognize that this isn’t the case for everyone. Still, when you’re using social media as part of your work, it pays to think before you post.

I can think of more than one industry professional who took a hit because of content they posted on social media. Most recently, a rant posted by a romance cover model fat-shaming (primarily) women blew up in his face. His fans and authors who had used him in the past weren’t amused. He clearly hadn’t considered who his “friends” actually were. Mass unfriending occurred, and many authors redid their book covers to remove his image.

Then there was the debut bestselling YA fantasy author who called out romance juggernaut Nora Roberts for plagiarizing a title. But beyond the fact that titles can’t be copyrighted, Roberts had come up with it first. The author had to issue an apology, which — fortunately, for her — Roberts accepted with grace and aplomb.

Another flap involved bestselling fantasy author Terry Goodkind, who publicly criticized the cover for one of his books (and put up a poll ridiculing it), upsetting the artist who’d done the work. These are just a few examples that prove the point: Once you post something, it’s out there for anyone to find.

Now, I’ve put my foot in my mouth more than once on social media and have had to eat a little crow here and there. So I don’t give advice to other authors on what to post or not, but I do say that you need to remember that once you post it, it’s fair game in anyone’s keyword search.

And while I love connecting with readers and others on social media, I have to remember that it’s no substitute for face-to-face interaction. Though it can be a great way to “meet” people.

Plus, there’s the cat pics…

A Pen by Any Other Name

Coming out of the writerly closet one pseudonym at a time

The don’ts (and dos) of preparing for a pitch session