When I Find Myself in Times of Trouble…

Seeking solace in the Beatles 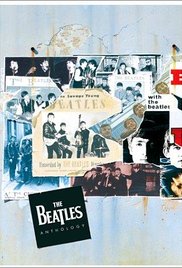 During the worst of the political situations in the last weeks, I needed an escape. Baseball season hadn’t started, although, mercifully, spring training had. But when I felt my mind threatened by the black-eyed dog of insanity, the weight of narcissistic lies and intentional madness adding up to evil, I remembered an old video set in my closet. I’d given it to my sons when they were young enough to be influenced by my interests. But nobody has watched it in years. It’s “The Beatles: Anthology,” an eight-hour presentation of the tremendous cultural phenomenon generated by four lads from Liverpool.

It starts in the early 1950s, as urban American rhythm and blues was morphing into rock ‘n’ roll, and traveling to England in 45s. John Lennon met Paul McCartney. And dear friends, that could be a wonderful story right there. What made them so compatible? How did their musical spirits become so readily intertwined? Not to mention my sentimental favorite, George Harrison. He was the youngest, but somehow the glue that allowed John and Paul to bind to the best of their abilities.

They were completely committed to the music, taking on a difficult apprenticeship in Hamburg. Between two stimulant-laced stints on the Reeperbahn, separated by a mild deportation, they polished their chops enough to win over the young people of Liverpool when they performed at the Cavern Club.

What dank bleakness was eradicated by their energy and exuberance among the cold and lonely in Northern England in 1963? They gained encyclopedic knowledge of the musical vocabulary of rock, and they synthesized it with a professionality that included both lighthearted and vicious wit.

Then John and Paul turned into the foremost songwriters of the 1960s, and the band won over the entire world. Life became a manic and surreal chase. The music transfixed all sentient beings. Their melodies, their rhythms, their harmonies, their words were like a launchpad for a generation. George says, at one point in “Anthology”: “Everyone used us as an excuse to go mad, and then they blamed us for it.” That is the crux of the matter.

And no moment is more exemplifying of that than the August 15, 1965, Shea Stadium concert. Everything leading up to that was an incredible journey. The Beatles strove and sacrificed and found miraculous wonder, and they discovered the whole world wanted to join them. They conveyed a compelling energy, universal, greater than the sum of its parts.

On that stage, which didn’t seem to be too fiery hot (they wore what appear to be high-collar, rather heavy military jackets suggestive of epaulets and ribbons), you can detect that this is the climactic moment of a long and beautiful run. The screams of the audience (55,600), the way Paul and John say hello to each other after they tune their guitars before the first number (“Twist and Shout”), the way Paul and John come to the microphone to harmonize together on “Baby’s in Black,” the way John loses it late in the show and uses his elbows to play the keyboards, all are deeply fascinating to me. What a story could be told about just that one date!

Afterward, everything was downhill. They couldn’t imagine doing anything bigger, and within a year, they would be done with the road altogether. They only performed live once more, on the roof of the Apple Building in Savile Row in January 1969. While they still had a powerful energy and forward momentum that would produce Revolver, Sgt. Pepper’s, and the White Album, help them start a production company, and allow them to attempt to begin domestic lives, the newness wasn’t so new, the fun less fun.

John later said, and I paraphrase, “Don’t you think the Beatles gave everything they had? A whole section of our lives was dominated by it. While everybody else was hanging around, we were working twenty-four hours a day.”

He also said, “I was eating and drinking too much and basically crying out for help.” They couldn’t sustain it. And why should they? When it became about business entanglements and money, it was no longer about the music. You can imagine John (and all of them in their way) saying, “Then what am I doing it for?”

Oh, but it was glorious while it lasted. “How did you find America?” “Turn left at Greenland.” “Are you a Mod or a Rocker?” “I’m a mocker.”

“Yellow Submarine.” “Hey Jude.” “Let it Be.” The Beatles were insouciant and sweet. They loved each other. They were willing to share what they were doing with everyone, and it became a trap.

This, to me, is one of the great, endlessly repeated, infinitely varied stories of humanity, how people become something they can’t sustain. First, there must be fertile ground for the desire to become that thing, and energy and focus to discipline oneself to attain that object of desire.

And then to attain it, and to see how empty much of the attainment is, how unfulfilling in its way, how dissatisfaction often accompanies the attainment of desires. And then how do we pull the plug? How do we disentangle from becoming what we can’t sustain? This draws me both as a reader and a writer — and as a thinker.

So, with “Anthology,” though I felt like I was escaping the worrisome days of the post-Obama administration, still the stories of striving, achieving, and failing play out before me with no end. I can’t escape.

Even so, the Beatles left behind so much joy.