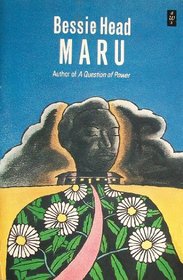 Finally, 2016 drags its sorry ass out the door.

But, no matter how bad it gets — and it got really, really bad in 2016 — we’ll always have books. And my year in reading, like every year, was rewarding and enriching.

Sure, some books tried my patience and challenged my determination. Many hours vanished, never to be retrieved, as I went In Search of Lost Time. This year brought me to Marcel Proust’s fourth volume, which, despite its suggestive name, Sodom and Gomorrah, was a slog.

This was disappointing, for with the previous volume, The Guermantes Way, I felt that, after 1,300 pages, I finally got the brilliance and poignancy of the canonical work. But the waspish, self-loathing descriptions of homosexuals and Jews, the convoluted machinations of the narrator’s love life, and his submission to the sclerotic and extremely bigoted aristocratic society had me impatient with the plot, the narrator, and the intricate labyrinth of the prose. Looking on the bright side, there are only two books to go (volumes five and six are bundled together), and I have hope that the next volume will return to transcendence.

And in seeking background on the Dreyfus Affair, which figures prominently in the story, I consulted Robert Harris’ excellent courtroom thriller An Officer and a Spy, which eloquently elucidates that fraught period in French history and the courage of men who would stand up against the extreme prejudices of their country and its institutions.

That story of struggling against the cruelties of one’s own culture propels Elena Ferrante’s revelatory and revolutionary Neapolitan Novels. Books two and three, The Story of a New Name and Those Who Leave and Those Who Stay, continue the parallel lives of prodigiously intelligent and talented friends Lila and Lenù as one struggles to elevate herself above the brutish society into which she was born while the other succeeds, gaining fame as a writer.

Ferrante writes with a cocky, unapologetic muscularity — not imitative, not submissive, not acquiescent — delivering a feminist manifesto in an addictive and compulsively readable saga that makes works by the canonized male authors of the 20th century seem petty and small by comparison.

Fearlessly treading the same territory as Ferrante is Rachel Cusk. My review of Transit, the second book of a trilogy, is forthcoming, but read it here first: Cusk escapes the boundaries of the traditional novel — leaving her first-person narrator a blank, relying upon reported action, introducing a constantly changing cast of characters who appear only once — writing from a feminine (and I do not mean that to connote softer) perspective with a pitiless, probing eye in extraordinary, perfectly controlled prose.

Two books written by Asian-diaspora writers join Ferrante and Cusk’s novels as the best books I read this year. Peter Ho Davies’ The Fortunes (read the full review here) serves as an extremely detailed guide through not just the history of the Chinese in America, but the stereotypes, legends, cultural markers, and idioms that permeate our society. Ho’s genius is not in the aggregation, but in the canny crafting of an embarrassment of racist riches into a resplendent, inventive, heartbreaking chronicle of the Chinese-American experience.

Chang-rae Lee’s A Gesture Life is the poignant, late-in-life meditation of a Japanese-American immigrant who adopts a young Korean girl to atone for his sins as a medic for the Imperial Japanese Army, but alienates her with the model-minority lifestyle he maintains to fit into the white, upper-class community in which they live.

As regular readers of this column may know, I grew up in Botswana, a bucolic southern African nation which has provided inspiration for a number of well-regarded works: Hilary Mantel’s A Change of Climate; Alexander McCall Smith’s No. 1 Ladies Detective Agency series; Norman Rush’s short-story collection Whites and novels Mortals and Mating, which won the National Book Award; and Eleanor Morse’s White Dog Fell from the Sky.

Seeking a less Western-centric view of Botswana, I read Bessie Head’s Maru, a story of thwarted love, tribal hierarchy, and the oppression of the Basarwa, more commonly known as the Bushmen, a tribe of hunter-gatherers who face deep-seated racism (yes, racism exists in Africa, just as it does the world over) for adherence to their ancestral ways.

Born Coloured in apartheid South Africa, Head fled to what was then known as Bechuanaland, South Africa’s neighbor to the north. An eye-opening glimpse into the social and tribal politics of an African village, Maru’s almost happy ending reflects the ambiguity intrinsic in real life.

There was some debate in the literary world this year on whether authors can write characters outside of their own ethnicity. Of course they can, but only if, as exemplified by a Tennessee-born Caucasian and a Japanese-American Californian, they take care not to use those characters simply as plot devices. Madison Smartt Bell’s All Souls Rising, narrated by French, Creole, and African characters, depicts the Haitian slave rebellion. Joe Ide’s IQ features a freakishly intelligent African-American detective who battles crime in LA.

I ended the year with Ta-Nehisi Coates’ Between the World and Me, an exquisitely wrought condemnation of the artificial construction of race that subjugates and exploits segments of the American population for the benefit of those who deem themselves white. His writing is so accomplished, his argument so clear, that this slim volume reads as easily as a novel. With writers like Coates to articulate the deep roots of the problems afflicting American society and the challenges ahead, America may yet have a fighting chance.