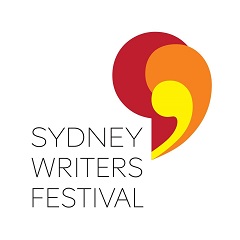 When First Nations poet and weaver Anne-Marie Te Whiu looks at a tangled heap of fibers, she sees possibility, creativity, and poetry. She collects the fibers from trees and plants, and as she twists them together, she honors their history by yielding to their natural torque.

On a rainy morning at last month’s Sydney Writers’ Festival, I heard her speak with several other First Nations writers about poetry and weaving. They also talked about climate change, time, the voices of ancestors, and how, for First Nations people, time is cyclical rather than linear.

It’s interesting how new concepts will often crop up in other ways. In conversations with Wiradjuri poet Jeanine Leane, we talked about cyclical time and weaving as a metaphor for the writing process. Then cyclical time came up again with my daughter, who is working on an organic farm in the Loire Valley. When she sent a photo taken from her bedroom window, I told her it looked like she had stepped through the looking glass into an earlier century.

The books we read leave strands and traces in our minds. What I read inevitably becomes what I’m thinking about. Books that make the deepest impressions have a way of conversing with each other in my head. So, I thought I’d try a bit of weaving here in this column.

I attended several events at the Sydney festival, including one for Damon Galgut’s Booker Prize winner, The Promise. The story of a white South African family becomes the story of South Africa itself, from apartheid to the present. In the novel, an unkept promise is passed down from one generation to the next; each chapter is named for a different family member who dies.

Speaking about the book, Galgut touched on the importance of owning the white privilege he grew up with. His message resonated at the festival, which began, like all public events in Australia, by honoring First Nations people on whose land we were assembled.

The following evening, Julian Barnes talked about his forthcoming novel Elizabeth Finch, which concerns an unusual friendship between a teacher and a student. When the teacher dies and bequeaths the student her library, he honors her by writing an essay about Julian the Apostate.

That essay comprises part two of the novel. Here, Barnes adroitly explores the different turns history might have taken and also one of his signature themes: the tension between what we think we know and what is actually true. Getting history wrong is part of being human. “The task of the present is to correct our understanding of the past,” says Barnes. “And that task becomes the more urgent when the past cannot be corrected.”

Which brings me to another intriguing pair of novels that have been conversing in my head: Maud Casey’s City of Incurable Women (which I reviewed for the Independent in March) and Nina Shope’s Asylum, which won this year’s Dzanc Prize for Fiction. Both were inspired by the 19th-century treatment of hysteria in Paris and feature Dr. Jean-Martin Charcot and his patient Augustine.

Shope “set out to write a hysterical narrative, to embrace fragmentation, to create holes, and to see what happens when we stare into the abyss and the abyss stares back at us.” It’s an abyss of mental illness, quackery, and sublimated sexuality. Augustine famously posed and was hypnotized, photographed, drugged, and experimented upon by Charcot, sometimes even in demonstrations open to Parisian audiences.

While Casey sees Augustine as one of Charcot’s victims, Shope’s view is more complex. She explores the toxic interconnection between doctor and patient. Augustine thinks of her relationship with Charcot as “a public courtship,” while Charcot disguises his attraction to her behind a veil of pseudo-science. In imagining their bond and teasing it out as it unravels and destroys them, Shope has written an unsettling and highly engaging novel.

Only, “Where does one person’s influence end, and another’s responsibility begin?” It’s a question posed in a final book I’ll weave into this discussion, and which I stumbled upon at Sydney’s Ampersand bookshop/café. I’d just finished the recently published volume of Helen Garner’s diaries. This one, Garner’s Joe Cinque’s Consolation, published in 2004, is the true story of a murder, retribution, and the failure of the law.

One reason I find Garner’s writing so stimulating is that she asks important questions which don’t have easy answers. Each effort to uncover truth takes us deeper into a moral quagmire. Why wasn’t Cinque’s girlfriend brought to justice for a murder she admittedly planned? Why didn’t those who knew about her plan put a stop to it? Was it just a question of moral corruption?

But then, “What is corruption?” Garner asks. “Is corruption ‘sin’? What is sin? Is it the inability to imagine the suffering of others?”

Looking at a photo of the murder victim, Garner feels protective. “He seemed to me to be an innocent who had fallen into a nest of very complicated evil. But I didn’t know what ‘evil’ was...”

I’ve tried to emulate poet Te Whiu’s weaving process here, entwining a few strands from the books I’ve been thinking about. The effort has taken me somewhere new and reminds me of a banner at the Sydney Writers’ Festival that quotes Chloe Hooper: “I do think in the end, that our minds are shaped by stories.”