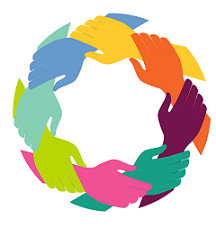 One of the things we’ve learned during the pandemic is that social distance doesn’t have to mean isolation. We’ve found solidarity in knowing that, all around the world, we are facing the same challenges and finding new ways to connect with loved ones. During conversations with far-flung friends via email, Zoom, and FaceTime, I asked what they’re reading. Here’s what some of them said.

Anna is the author of a crime series featuring French-Cambodian detective Serge Morel. We met in a Brussels writers group more than 20 years ago and have kept up ever since. She was walking along the Wellington coast when we chatted by phone. Nature has provided respite during the pandemic, and she said they were fortunate with their government’s handling of things in that “it’s clear other places have mixed messages.”

Later, she wrote: “There are books that take you from your immediate surrounds and submerge you in another visceral world while saying something profound about the universality of the human condition. Both Anthony Loyd’s My War Gone By, I Miss It So and Alexandra Fuller’s Don’t Let’s Go to the Dogs Tonight manage to do this. They deal with different things but share an intense physicality.

“Loyd is a veteran war correspondent who writes frankly about his addiction to heroin and to warzones. Fuller grew up in war-torn Rhodesia before it became Zimbabwe. As a child, she is acutely aware of her parents’ racism. Fuller delivers an unforgettable portrait of her African upbringing. Both books are reminders of the lengths to which people will go to defend what they see as theirs — but they are stories of resilience, too.”

Noreen and I met in Rome when our sons were at school together. She now lives alone in a tiny apartment in the historic center. It’s been a real challenge. But when she steps into the empty Roman streets for groceries, she finds herself noticing incidental architectural details for the first time.

She recommended Hisham Matar’s memoir, A Month in Siena. “As a collector, the hardback version which I received as a birthday present is beautiful, slim, red, and with these absolutely vivid Sienese paintings from the 13th and 14th century. I love good-quality, accurate prose where each word is the best one chosen for that moment, that description, that emotion. I kept wanting to reread a sentence, a page, a word, letting it sink in because it was so perfect.”

Matar visited Siena to see some early paintings in their original setting, having visited and studied them daily and in depth at the National Gallery in London when he was a young man.

“While in Siena, he develops routines and makes friends,” she said. “He walks to the city walls and back every day and finds a cemetery which becomes part of his pilgrimage. Matar lost his father when he was 18; his father was kidnapped, imprisoned, and later was ‘vanished’ by the Gaddafi regime.”

His earlier visits to the National Gallery came at a time of unreconcilable grief. “A grief,” she added, “which had no ending, no body, no corpse, no mourning rituals with family and friends.” It’s one reason why this book resonates so deeply.

“When I think of the many, many grieving families here in Italy who have lost loved ones to covid-19 who haven’t had the normal ritual of leave-taking, of being by the bedside, holding that final hand…Culturally, for Italians, it’s awful. It’s an abyss.”

I met Elizabeth in 2005 when we were both teaching writing at the American University of Rome. She’s the author of Eightball, a collection of short stories set in Rome, Colorado, and Southeast Asia. She has lived in Rome for the last 20 years, but circumstances found her in Florida, unable to return when the virus struck Italy.

“I’m treating this time like a writing residency, but it feels more like an inverted form of exile,” she wrote. “Perhaps, as a result, I have no desire to read or write fiction, so I’m working on a long essay. And I’ve returned to Brodsky’s Watermark both with my own nostalgia for Italy and renewed interest in his desire for the Black Sea.

“The same goes for the lyrical essays of Camus. Right now, there seems nothing better than steeping myself in Camus’ ecstatic yearning for Algeria. Similarly, Eliza Griswold’s astonishing new poetry collection, If Men, Then, channels that same ache of displacement so many of us feel in this moment.”

I met Gail in Moscow in the early 1990s when we were stationed there with the U.S. Foreign Service. Now she and her husband, Tony, are in the Dominican Republic. “It is as if most everything has frozen in space,” she wrote.

“A noisy, crazy, overblown, disorganized city gone quiet, an eerie quiet, so improbable and yet so real. The fruit vendor calls out, a forgotten dog’s bark hangs in the air. And at 5:00 p.m. every day, the sirens go off throughout the city to begin the curfew, and then all goes so quiet you can hear the neighbors across the way, speaking to each other.

“Against this modern disruption, the palms’ fronds rustle, shining green and yellow in the early evening, as if to whisper and remind us, ‘And this, too, shall pass.’”

She continues, “Really, my reading begins at night. I stay up reading as Tony goes to sleep. I read the last of the news and then happily close that heavy chapter of the day so I can immerse myself in more nourishing reading. I usually have a novel going, a self-improvement book, a spiritual exploration, and a history book. I alternate or read from one or two, three of them, depending on how I am feeling that night (and how much wine I have had) and what I am receptive to reading.”

Right now on Gail’s nightstand are Home in the Morning by Mary Glickman; The Better Angels of our Nature by Steven Pinker; Successful Aging by Daniel J. Levitin; and No Ordinary Time by Doris Kearns Goodwin. Of this last, she writes, “I find this biography of Roosevelt reassuring. I’m basking in the comfort of thinking of this brilliant man who helped so many. A true leader.”

My lifelong friend Walter, an actor, was stranded in Cape Town when the pandemic hit, and his work on a film was abruptly postponed for the foreseeable future. When pondering the pandemic, he found himself thinking of Shakespeare’s A Midsummer Night’s Dream.

“You know, in Shakespeare’s day, there were plagues and pandemics,” he wrote. “The allegorical piece of verse Shakespeare created in the polarization between Titania and Oberon comes to mind and seems just as powerful for today. Things were out of whack — the seasons had altered; everything went out of balance in the world.”

One of Titania’s speeches reads, in part:

No night is now with hymn or carol blest:
Therefore the moon, the governess of floods,
Pale in her anger, washes all the air,
That rheumatic diseases do abound:
And through this distemperature we see
The seasons alter: hoary-headed frosts
Far in the fresh lap of the crimson rose,
And on old Hiems' thin and icy crown
An odorous chaplet of sweet summer buds
Is, as in mockery, set: the spring, the summer,
The childing autumn, angry winter, change
Their wonted liveries, and the mazed world,
By their increase, now knows not which is which:
And this same progeny of evils comes
From our debate, from our dissension;
We are their parents and original.

“So much struck me about her speech in terms of 2020 and mankind’s progeny of evils…where we have got to with the planet and that we have been the cause,” he said. “‘We are their parents and original.’ And now after the world is stopping and we are truly watching, the smogs have cleared over Los Angeles, the waters in Venice are cleaner, and nature is being given the opportunity to heal itself. Just as we need to be healed."

Finally, Walter was able to return to Sussex, where he lives with his partner, Anthony. “I find myself reengaging now with what seems very simple and basic, but it’s profound,” he said in a recent Zoom chat.

“I mean, Anthony came into the living room, and I was sewing a curtain! There had been a tear in the kitchen curtain for a few years, and I was finally getting around to sewing it. Today, I was polishing brass. I’ve bought seeds to plant a little vegetable garden, and I’ve just been trimming the edges of the lawn.”