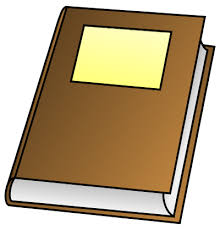 As a former college athlete, I like the playfulness of the above title* for an essay about titles, but if you’ve never cared much about sports, maybe it’s lost on you. Perhaps I should’ve just called it “Title,” the way many of my college students, for some reason, label their stories.

Not that I have much to stand on in terms of title credibility.

Over two decades ago, when I submitted my first book to the publisher, I misspelled a word in the title: The Caste of Characters: 25 Years at National Public Radio. I hated the first part of the title, which some editor had come up with, so it was probably a passive-aggressive move, but thus began a pattern of failing to think of titles for my own books.

In 2002, I was writing a photobiography of the Wright brothers that the National Geographic Society had commissioned as part of the centennial of flight. After more than a year of hard work, I finally saw the designed pages up on the wall in a room at the society’s 16th Street headquarters in Washington, DC. The cover was an odd metallic blue, and the title, Airborne, was something I’d never seen before. (Clearly, they didn’t like the one I’d suggested, which, I admit, was so clunky I won’t reveal it here.)

“The blue doesn’t really work. It’s too odd,” I said to the roomful of designers and editors and the director of the book division. “And what happened to my title?”

They whirled in unison, like a school of fish, and someone said, “You’re just the content provider.” Then they whirled again, now all headed upstream without me.

The Content Provider. I’ve been meaning to make a T-shirt with that phrase — in a small font, of course.

One of my favorite things about working at National Geographic was learning about all of the micro jobs people had there, like the handful of employees who solely wrote titles and captions. I actually applied for that position, which involved taking a feature that had been produced but then scrapped — a moment of silence for that writer — and captioning it. The instructions for doing so ran two single-spaced pages.

I spent days on that test but never received a call back for a final interview. Later, I learned that good caption/title writers do a lot of original reporting so they can add another layer of material to the story. Because, as we all know, when you read National Geographic, you only look at the pictures and read the captions. (Another moment of silence for feature writers.)

A friend from college loved penning titles which he then “sold” to the highest bidder — fellow students trying to pass their creative-writing classes. He followed the cardinal rule that a title must draw you in, so most of his read like an intriguing first line. This same writer rarely finished anything; he seemed content with stopping at the beginning.

A decade later, he and I met up and dated briefly. I became pregnant but didn’t want to marry him, so he walked. Now that’s truly a man producing a title without backing it up with text.

The clincher: We did agree on the name of our child, but then that child legally changed both name and gender in high school.

You may feel I’m straying far afield here, but I have always felt that titles are akin to labeling a life. Naming a child, a dog, a car, a favorite stuffed animal — isn’t it all like crafting headers in a magazine that you hope capture your style and pull others in?

Places like the Smithsonian, where I also worked, and National Geographic employ persnickety keepers of the style flame. Yes, both institutions mainly draw an audience of white, upper-middle-class people over 55, but no, no, no! At the Smithsonian, we never ever do X, and at the society, we always do Y. Distinctions must be made.

My only child taught me the frivolousness of such attitudes and the importance of letting things evolve organically until they find their true title.

Actually, to my delight, my son, Donald, and I worked together on an anthology of flash creative nonfiction. We teamed up with a colleague of mine, an expert in flash anthologies, something I know nothing about as a long-form essay writer.

The editor wanted a title. And so it began: another attempt to name one of my books.

But the editor has dragged her feet for more than a year now, and I’ve decided to move on. With a new book to start and articles to write, I’ve pulled out of the project.

I told them they can keep the title.

[*Editor’s note: The title used here isn’t the one provided by the author.]

Mary Collins is co-author of At the Broken Places: A Mother and Trans Son Pick Up the Pieces (Beacon Press) and program coordinator of the writing minors at Central Connecticut State University. Her son and co-author, Donald Collins, came up with the title for their book.