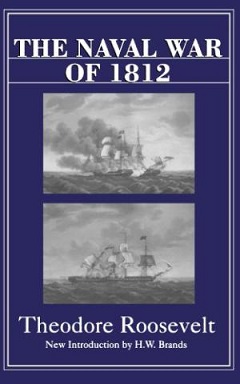 A surprising number of U.S. presidents have written books. Some of these are ghostwritten, and a few are merely a compilation of speeches. Yet several commanders-in-chief have produced works which either influenced policy or contributed to our understanding of American history or culture.

While any ranking of presidential authors is debatable, there is no question that Theodore Roosevelt stands as the leader. A voracious reader, Roosevelt wrote 45 works of biography, history, public policy, and adventure. Perhaps his most notable is The Naval War of 1812, his first book, which was published when he was only 24. It is highly regarded well over a century later. His Autobiography, written after his failed third-party candidacy in 1912, provides a solid, if selective, insight into an action-packed life.

(Interestingly, the greatest author among British prime ministers is Winston Churchill, a man so much like Roosevelt and yet a person whom the American leader disliked. Churchill wrote 43 books, a number of which consisted of multi-volume sets.)

Three pre-20th-century presidents deserve recognition for their writing: Thomas Jefferson, James Madison, and Ulysses S. Grant. Jefferson, of course, is author of the Declaration of Independence, and while that is not a book, its significance is immense. Jefferson’s one book, Notes on the State of Virginia, was written in the 1780s. Its holistic review of his home state was an important and influential work. He also literally pieced together his own version of a Bible known as The Life and Morals of Jesus of Nazareth.

Jefferson’s successor, Madison, was a legislative craftsman of some of the seminal documents of the nation’s history. The cerebral Madison was pivotal in the drafting of the Constitution and the Bill of Rights. His lengthy and riveting notes on the Constitutional Convention were published posthumously. He also wrote one-third of The Federalist Papers, including the widely cited numbers 10 and 51.

Grant, the rough-and-tumble soldier who had a scandal-ridden presidency, is admired for his autobiography, which he rushed to finish before his death in order to provide money for his family. The Complete Personal Memoirs of Ulysses S. Grant is usually considered the finest autobiography of any president and continues to be read today.

Although a 20th-century president, Woodrow Wilson’s enduring work was published in 1885. The scholarly Wilson was a professor with a Ph.D. in political science before he became a college president and then entered politics in New Jersey. His academic background was a natural for writing Congressional Government: A Study in American Politics. It looks at the constitutional functioning of the national government and is still an instructive guide. He also promotes the merits of a parliamentary system of government.

Most subsequent presidents have written autobiographies, usually a pre- or (more likely) post-presidential work. These tend to be self-serving books, either to curry support or solidify a legacy. Three presidents of the last 60 years, however, have written books which place them in a special category.

John F. Kennedy belongs on the list. His Profiles in Courage was important because it received a Pulitzer Prize and helped promote his political career while he was in the Senate. His college thesis, Why England Slept — published in 1940 — is a fine pre-war analysis of British appeasement which sold well.

Kennedy was proud of being an author and was a good editor. Reviewing drafts of articles and speeches prepared by his staff shows that he knew he had to enhance the material written for him; his contribution to the iconic 1961 inaugural address is one example.

Richard Nixon attempted to resurrect his political standing when he wrote Six Crises in 1962. This book is not extraordinary, but his 10 post-presidential works, mostly on foreign policy, showed his mastery of government and international affairs — the great bulk of which should be considered independent of the Watergate debacle. Perhaps the most notable was Beyond Peace, finished right before his death in 1994.

Finally, the turbulent presidency of Jimmy Carter has been balanced by his later decades of humanitarian work and, perhaps equally important, a rich output of books on public and foreign policy, religion, and other issues. Some of his work has been provocative and even controversial, with Palestine: Peace Not Apartheid (2006) being a prime example of the latter. Still, his bestselling books continue to be read and his views discussed.

The new president, Donald Trump, of course, has written a number of books on business and negotiations, the most well-known being Trump: The Art of the Deal. While several have sold quite well, it remains to be seen what the long-term impact of these works will be.

Overall, about half of the American presidents have written books, and most of these authors served after 1900. Of this group, the most significant writers have been, first and foremost, Theodore Roosevelt, followed chronologically by Jefferson, Madison, Grant, Wilson, Kennedy, Nixon, and Carter. Admittedly, it’s a subjective list, but one which might spur debate — and reading.

Joseph A. Esposito worked in three presidential administrations. He is currently teaching history to college undergraduates and is working on a book, Dinner in Camelot, about an evening that JFK and Mrs. Kennedy held for Nobel Prize winners in 1962.