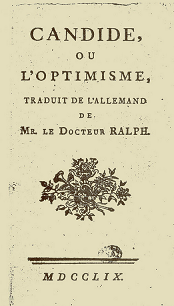 I enjoy satire, though not quite as much as I used to. A while ago, a close friend (in conjunction with an essay I read by David Foster Wallace) challenged me to complicate my relationship with the sardonic.

“Why is it so funny to look down on people?” this friend asked.

While I suspect I’ll never completely dispense with the urge to ridicule select forms of stupidity, I’ll grant this: Smugness and cynicism do not wear well. And I agree wholeheartedly that once the satirical instinct outpaces the confines of a book (or a show, film, or song) to become a personality type, the possibilities for intimacy, hope, and joy are diminished.

However, for those among us for whom the possibilities of intimacy, hope, and joy were already diminished, snorting contemptuously in the direction of the people and institutions — from the ineffectual to the hypocritical to the downright nasty — who’ve failed us can be the ultimate fury-reducing elixir; a bitter last laugh that isn’t, perhaps, the best medicine so much as the only one available.

Imagine how Voltaire felt. In the years leading up to his writing what would be one of the world’s best-known satires, Candide, ou l’Optimisme (1759), his longtime girlfriend died in childbirth. The child was neither Voltaire’s nor her husband’s. Later, he became part of the Prussian court, only to leave within two years because of conflict with Frederick the Great. On Voltaire’s way out, the Old Fritz had him detained, which wasn’t completely new to Voltaire, having already won two stints in the Bastille back in France.

The biggest blow for Voltaire came in November 1755, when news of the Lisbon earthquake reached him in Geneva. The massive loss of life and suffering (between 20,000-50,000 dead) caused him to jettison his remaining religious beliefs and take aim at the philosophy of optimism, most notably certain principles in the work of his fellow enlightenment philosopher, Wilhelm Leibniz.

In Candide, a thinly sketched version of Leibniz is played by Dr. Pangloss, tutor at castle Thunder-ten-tronckh and “oracle of the household.” Pangloss’ curriculum on “metaphysico-theologico-cosmo-codology” has him echoing the phrase “the best of all possible worlds,” which means, essentially, that the world as we know it is as good as it can be because God has made it and God knows that which humans aren’t privy to.

Or, as Pangloss tells our hero, Candide, “Things cannot be other than as they are.”

With this fatalistically positive attitude, young Candide gets turned out into a harsh world of battle, abuse, incarceration, treachery, thievery, murder, rape, slavery, cannibalism, shipwrecks, and more. As he dodges the perils in a frenzied hopscotch across multiple countries, surviving on the hope of being reunited with his love, Cunégonde, Candide weighs his mentor’s teachings against his own experiences.

Sometimes, he strains to make them fit. Other times, ideology yields to skepticism, leading to this memorable quip: “If this is the best of all possible worlds, then what must the others be like?”

The “best of all possible worlds” is the punchline accounting for Candide’s satire, along with the deadpan way the characters discuss and endure their extreme tribulations. But it’s not, thankfully, the book’s central thrust. That would be, if we’re to believe the history of literary discussion, the final line of the book, “Il faut cultiver notre jardin” (“We must cultivate our garden”). That is, we might find purpose in hunkering down and working on what’s in front of us despite the chaos and unknowability of existence.

I wonder how discussions would have gone over the centuries had readers zoomed in on the penultimate philosophical scenario of the book, where Dr. Pangloss, Candide, and the rest of the group ask the dervish, “So what must we do then?” and the dervish instructs them, “Be silent.” Being Western, they can’t bear it — the silence itself, nor the thought that anything useful could be achieved by it — and they get kicked out, predictably, for talking back.

This mad dash for meaning at the end of Candide is rewarding. Of particular interest is the Old Woman’s question to Martin, Candide, and Pangloss about whether boredom is as excruciating as terror. But as lush and visionary as the story’s conclusion is in suggesting the problem of evil might be adequately ignored through meditation and the Protestant Work Ethic, the pleasures and triumphs of Candide’s anti-journey — his lively debates with Pangloss and Martin, his friendship with Cacambo, his loyalty to Cunégonde — get eclipsed by all this talk of gardening.

If there were a better way to sum up the adventures of Candide, it might go something like this: We must cultivate reliable friendships with people we can talk to (really talk to), regardless of whether we share their worldview. And sometimes, we must make sacrifices.

There’s nothing cynical in that.

Dorothy Reno is the classic-books columnist for the Independent. If you would like to share your impressions of Candide, we’d love to hear from you. You can join Dorothy in reading the Canadian classic Sunshine Sketches of a Little Town, which will be the subject of her next column on September 6th, 2021.