Why are Asians in novels more often depicted as caricatures than characters? 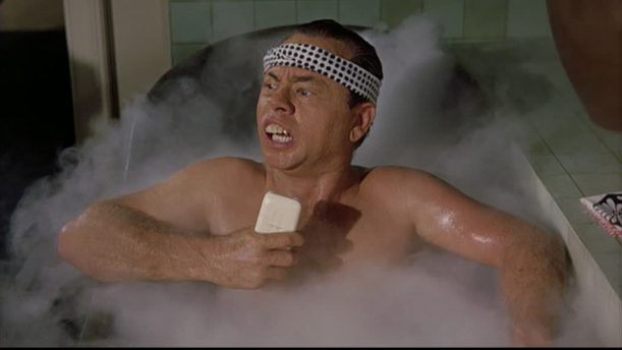 Recently, my husband and I saw David Henry Hwang’s “Yellow Face,” a play that addresses issues of Asian-American identity that I’ve lived with every day, all my life, but had never encountered before in any play or movie, and all too rarely in my most beloved art form, the novel.

The play, which was expertly staged and excellently acted at Washington, D.C.‘s Theater J, revolves around an Asian-American playwright, David Henry Hwang, who confronts racism and stereotyping in entertainment, politics, cultural life, and journalism; among Asians; and, yes, in Hwang himself.

He masterfully weaves such disparate real-life events as the hiring of Jonathan Pryce to play a Eurasian in “Miss Saigon”; a banking scandal involving Chinese money that ensnared Hwang’s father; the Wen Ho Lee investigation; Hollywood’s treatment of Asian actors (did you know that Bruce Lee was turned down to play the monk in Kung Fu?); objectionable portrayals of Asians in iconic movies (Mickey Rooney forever ruined Breakfast at Tiffany’s for me); and Hwang’s race-based decisions in casting his own play to fashion an insightful and revealing portrait of the Asian-American experience. Sitting enraptured in the dark theater, I was astounded to realize that this was the first time in my whole life I saw myself mirrored on stage.

Oh sure, there are plenty of movies, plays, and books with Asians in them. But if they are not flat-out offensive, they either portray exotic Asians in distant countries, preferably in a historical setting (à la Memoirs of a Geisha), or in a gauzy, romanticized light (hello, Snow Falling on Cedars).

An author does not have to be white to write in yellow face; there are plenty of Asian-American writers who succumb, as well. The most recent example is Amy Tan’s The Valley of Amazement, which has enjoyed healthy sales and some good reviews. I, however, found it trite, tired, and such a disappointment from an author who wrote one of the few bestselling books depicting Asians as Americans, The Joy Luck Club.

In 2005, Tan published Saving Fish From Drowning, set in present-day China and Burma and narrated by the ghost of a Chinese-American, but with white Americans as the central characters. It was skewered by reviewers, who felt her characters were flat and offensive, and who wanted her to go back to writing, as Andrew Solomon wrote in the New York Times, “old fictions of ancient lands.” Funny, because I find most of Tan’s books to be populated by one-dimensional characters who reinforce the notion of folksy Orientals whose ancient wisdom is almost defeated by their ingrained prejudices and hide-bound traditions.

Amy Tan is not the only writer to cater to those stereotypes. Bestsellers Lisa See, Anchee Min, and Gail Tsukiyama write beloved novels that pluck the heartstrings with silk-clad romances and inner-courtyard dramas, the more historical the better, but please, nothing after the 1980s and the rise of China as a world power.

And Amy Chua’s two most recent books, Battle Hymn of the Tiger Mother and The Triple Package: How Three Unlikely Traits Explain the Rise and Fall of Cultural Groups in America (co-written with her husband, Jed Rubenfeld), mercilessly exploit stereotypes of Asians as tough, loveless, monomaniacal super-achievers. In the novel Kinder Than Solitude, Chinese author Yiyun Li calls out Chua’s yellow face by describing her as “the tiger mom — who was not even Chinese but called herself Chinese for sensational reasons.”

Popular novels that depict contemporary Asian-Americans do exist, in particular Chang-rae Lee’s Native Speaker; Maxine Hong Kingston’s The Woman Warrior and Tripmaster Monkey; Gish Jen’s Mona in the Promised Land;and John Okada’s No-No Boy. (There are, as well, quite a few wonderful books about the immigrant experience, like Julie Otsuka’s The Buddha in the Attic and Jean Kwok’s Girl in Translation, but these are of a different genre than the Great Asian-American Novel.)

But the list is shamefully sparse, especially when compared to the plethora of bound-feet-and-jade-jewelry novels; books about the modern Jewish-, African-, or Latino-American experience; or even novels about baseball.

In my search for a publisher for a novel with an Asian-American main character, most of the passes that I have received so far find no fault with the manuscript but for the problem of marketing it. The front cover would require something other than a face peeking from behind a fan or a kimono swirling with dragons. Call me a dreamer, but I cling to the belief that the reading public is ready to embrace a book about an all-American protagonist with Asian features who does not have to hide behind a fan.