Is it finally time for me to write a memoir? 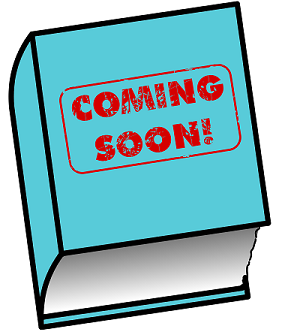 A young Marine P.F.C. on a Navy plane flying to Guantanamo in 1968 chatted with a fellow jarhead sitting next to him. They struck up a friendship, which continued at the base. Some months later, the Marine’s “new friend” was mysteriously shipped stateside well in advance of the normal one-year tour.

Soon after that, the P.F.C. was sleeping in his top bunk when he smelled smoke and discovered that his mattress was on fire! The man in the bottom bunk had inserted a lit cigarette in the mattress above.

It was a “fragging” incident without the grenade. Although possibly meant as a warning, the Marine couldn’t be sure, so he confronted the man with the cigarette and found out that the “new friend” he’d met on the plane was a Criminal Investigative Department agent, sent to Guantanamo to uncover drug use. The C.I.D. man had asked one too many questions and had been found out. He was quickly sent home for his own safety.

Unfortunately, it was assumed that the young P.F.C. had helped in the C.I.D. investigation and may have ratted on his comrades. Thus, he became a target for other enlisted Marines who used drugs. (And there were plenty; many of the Marines had just rotated back from Vietnam.)

With only a few months left in his tour, the Marine knew he had to prove himself before another, possibly successful, attempt was made on his life. So, although his drug of choice was booze, he began to smoke every joint he could get his hands on and wrote to his congressman about problems bedeviling enlisted Marines.

Soon, he was a hero around the barracks and was safe from reprisals. Of course, his superiors were not amused and landed hard on him. He spent the rest of his tour in Cuba on permanent fence-line duty, contending with scorpions and tarantulas in his sleeping bag.

But it beat getting killed.

Great story, isn’t it? The question I have is this: Should I use it in a novel or a memoir? Because I was the almost-murdered Marine!

During WWII, Winston Churchill once told a joint session of the U.S. Congress that his life had not been totally “uneventful.” That line got a big laugh, second only to his comment that, had his father been born an American and his mother British, “instead of the other way around,” he might have gotten to Congress “on my own.”

I’m no Churchill (who is?), but as you might guess, my life has not been “uneventful,” either. So, I’ve been thinking about writing a memoir.

Yes, I know. EVERYONE is writing a memoir, usually self-published. It is a function of age. There are, as far as I know, few memoirs by young people. They may plan to write one but die before they get the chance. But if one reaches a certain level of decrepitude, there is a natural desire to explain how one got there.

The impetus for my desire to write my own life story is a memoir now being shopped to publishers by an acquaintance of mine. He asked me to be a “beta” reader of his manuscript, which is fascinating.

At his request, I can’t reveal his name. But he has authored dozens of well-received, traditionally published nonfiction books. Not only is he a brilliant writer, but his own life has been so varied and complicated, it would make a great movie. Heck, several movies. He’s now pushing 80 and believes his memoir would inspire people. Considering the many obstacles he has had to overcome, it should.

However, there is a problem: His memoir, as are many great memoirs, is a “warts and all” document. The author spares no one, least of all himself.

Now, I have no problem detailing some of the more embarrassing incidents in my life (such as the Guantanamo torching). But I’m not sure I want to write candidly about family and friends, some of whom have led less-than-exemplary lives or have occasionally done execrable things. I’m no prude or paragon of virtue, and I realize that just about everyone has done things they are (and should) not be proud of, but who am I to expose dirty laundry?

And I’m not only talking about people who are still alive. I’m talking about deceased friends and family who are held in reverence, often by children and grandchildren. I have a niece who says I am being too circumspect. Her argument is that people know most of the stuff anyway, and that the truth is the most important element of a memoir. Warts make the man (or woman), and all that.

In today’s society, who is left to shock?

Still, for me, the issue is in doubt.

Lawrence De Maria has written more than 20 thrillers and mysteries available in print or digitally on Amazon, or at www.lawrencedemaria.com. Although he was eventually promoted and recommended for re-enlistment (never going to happen!), his U.S.M.C. career was otherwise undistinguished. He was the only man in his platoon NOT sent to Vietnam, presumably because the U.S. was still trying to win the war.