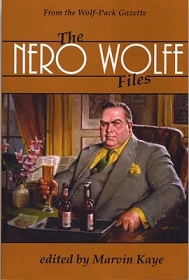 As readers of this space know, I devour books in all forms — most of them in their print version, which may surprise people who’ve labeled me an apologist for all things Amazon. I do own several Kindles and have downloaded the free Kindle app to my smartphones and computers (and all but one of my thrillers are only available as e-books), but I am an unregenerate library rat.

The city where I live, Naples, FL, has the best library system I’ve ever seen. The Headquarters Library is housed in a building that resembles the Alamo (pre-Santa Anna), and there are more branches in town than Publix supermarkets, which, as anyone in Florida knows, seems impossible.

Currently on my coffee table are the following books: The Crossing (Michael Connelly); The Verdict (Nick Stone); Suffer the Little Children (Donna Leon); A Song for the Brokenhearted (William Shaw); The Swans of Fifth Avenue (Melanie Benjamin); and A Brief History of Creation (Bill Messler and H. James Cleaves II).

I’m not going to read all of them in time to avoid overdue fees rivaling my bar bill for two reasons:

Believe it or not, I’d never read any Nero Wolfe. Addictive? Think Hershey’s Kisses or “N.C.I.S.”

I don’t know why I picked up Might As Well Be Dead, my first Wolfe, a week ago. I didn’t know much about the author, Rex Stout, who sounds like a star of silent Westerns but is, in reality, one of the finest mystery writers this or any country has ever produced. After finishing Might, I rushed out to get the first two Nero Wolfes, Fer-De-Lance and The League of Frightened Men, published in 1934 and 1935, respectively. Both are superb and created a huge splash back then.

Nero Wolfe as a character is, well, a character. He is a huge man, fond of orchids, beer, and gourmet food. He regularly humiliates cops and prosecutors, solving crimes that always stump them. He rarely leaves his New York brownstone, delegating the necessary footwork to a band of retainers led by Archie Goodwin, a tough, streetwise private eye with a nose for trouble, an eye for the ladies, and a penchant for milk and cookies.

Goodwin, who freely trades insults with his boss but considers him a deductive genius, narrates the novels and is often astonished by Wolfe’s ability to solve a case by collating a series of apparently random clues brought to him by his employees.

(Example: A prominent man dies of an apparent heart attack on a posh golf course. The brother also turns up dead, miles away. From a newspaper ad that no one else noticed, Wolfe deduces that both men were murdered by the same man. He’s right, of course. And you won’t believe what one of the murder weapons was. The cops didn’t, and they eat crow after Wolfe forces them to dig up one of the bodies.)

Despite references to the Lindbergh Kidnapping, Lynn Fontaine, roadsters, newspapers (remember them?), and the like, the early Nero Wolfes are eminently modern in approach and style. The prose is remarkable and literate, the banter between characters priceless, the plots fascinating and full of surprises.

Rex Stout’s own life reads like fiction. He was a Navy yeoman on Teddy Roosevelt’s presidential yacht as a young man before deciding on a writing career. While he is best known for his Nero Wolfes (33 novels and 39 novellas between 1934 and 1975 — I have a lot of catching up to do), he also wrote a gazillion other things (poems, magazine pieces, other novels) and was an intellectual leader in the battle against Hitler, eventually becoming a radio celebrity.

I would urge everyone to Google his accomplishments and awards, especially if they, like me, sometimes need their egos deflated. How I ignored Stout up to now is a source of supreme embarrassment. This is an author that Boucheron, the world’s largest mystery convention, anointed as the best mystery writer of the 20th century, after all.

Heck, my library books are often overdue, but even I remember the 20th century.

Lawrence De Maria, once a Pulitzer-nominated New York Times reporter, has written more than a dozen thriller and mysteries on Amazon.com, and thought he was hot stuff until he Googled Rex Stout. His most recent mystery, Turtle Dove, is available at ST. AUSTIN’S PRESS (BOOKS BY DE MARIA).