The Spirit of Samizdat

Writers of the world, unite! 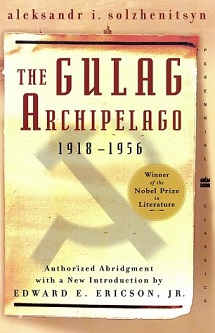 I suppose it’s possible that some of my dear readers are too young to recall the incandescence of the imported word samizdat in English. When I was a youth in suburban America, we had zines — cool enough for punks and obsessives alike.

But in the USSR, behind the Iron Curtain, away from the view of the authorities, they had something that counted. They surreptitiously passed along samizdat. Of course, there were anti-Bolshevik writings among them, but samizdat meant anything that didn’t have Communist Party approval. What the samizdatniks printed and distributed and carried around with them in secret put in peril their freedom, at best, and at worst, their lives.

Politically minded writing was not welcome in the Soviet Union and its satellite states. In fact, samizdat wasn’t even possible until after Stalin’s death in 1952. If you didn’t have governmental consent to publish and distribute, you were committing a crime. Although not all samizdat was political, the act of printing and selling or giving away unauthorized or your own material (samizdat means “self-publish”) was a strong political statement against the totalitarian state.

Aleksandr Solzhenitsyn was one of the most important writers of the Soviet era. He had been an artillery-positioner for more than three years during World War II, and was stationed in East Prussia in February 1945 when he was arrested by Bolshevik secret police. A snide comment about Stalin (and his mustache) in a letter home brought Solzhenitsyn an eight-year sentence in Siberia. When this dreadful hardship ended, he was exiled to Kazakhstan, where he nearly died of cancer, but then recovered. He was freed from exile in 1956.

By that point, he was well used to writing in hard, lonely, and physically unsuitable circumstances. As he noted in his Nobel autobiography, “During all the years until 1961, not only was I convinced that I should never see a single line of mine in print in my lifetime, but, also, I scarcely dared allow any of my close acquaintances to read anything I had written because I feared that this would become known. Finally, at the age of 42, this secret authorship began to wear me down.”

In response to Khrushchev’s words at the 22nd Communist Party Congress — “It is our duty to gain a thorough and comprehensive understanding of the…matters related to [Stalin’s] abuse of power…so long as we work we can and must clear up many points and tell the truth to the Party and to the people” — Solzhenitsyn submitted a short novel to the Bolshevik literary authorities.

The Communist Party gave him a brief flourish of fame by allowing One Day in the Life of Ivan Denisovich to be published in the state-sanctioned journal Novyi Mir. The period of official favor lasted a few years, and then Solzhenitsyn was denied publication of his manuscripts.

Between the years 1963 and 1966, Solzhenitsyn managed to publish four stories. By 1968, the KGB had stopped the printing of his works, canceled the performance of his plays, and seized the manuscripts he was currently working on. He turned to samizdat.

The Gulag Archipelago has a general chronological structure to it, but it is also separable into smaller parts which could be transported more easily. This was the great work of Solzhenitsyn’s life, a three-volume, 2,400-page cry of sarcastic defiance and spiritual hope.

The injustice of his incarceration and exile and the mass suffering he witnessed for 11 years inflamed him, and he documented the experience of the Gulag in condemning detail. He did this by gathering his stories together with those of others and interweaving them to present a morally angry three-dimensionalization of the entire mad journey through the Gulag.

In this samizdat work, the medium and the message are so unified and so real that it rings out to all humanity to remain vigilant against such a state of affairs repeating itself. Because of the power the book has, at any given point in the late 1960s, many thousands of atomized copies of The Gulag Archipelago passed silently between citizens and circulated throughout the Soviet Union, revealing that the Bolshevik party was complicit in great crimes and was therefore illegitimate to rule as a single party. Solzhenitsyn himself won the Nobel Prize in Literature in 1970.

The crucial point is that samizdat was the available technology. Solzhenitsyn wasn’t alone. Hundreds of thousands of people were involved in moving his writings around. When people weren’t in electronic connection, they used physical paper to tell their stories. They went underground, spreading the word in an inexact replica of the Gulag itself, a network of connections. But where the Gulag was a sick network, samizdat was a healthy response to a totalitarian government, except that it inherently put life at risk (and, unfortunately, it also included pornography).

Social media seems well-placed to act as samizdat in the modern world, but a totalitarian state could easily pull the plug on the glorious interconnectedness of the last 25 years. The Chinese Communist Party at present clamps down on 700 million Internet users. So, if this is the direction fate is bound to take us, it wouldn’t surprise me to see many arrested for their use of social media. In that case, I would expect to see American samizdat of the next few years revert to print, paper, and memory.

Being samizdat means knowing the state could arrive any moment and keeping your ass covered. You could lose your (or someone else’s) work. You could lose your teeth. That’s why there’s romance in the word. Samizdat comes to us hot from the fire of oppression, revealing bravery, illuminating history, and giving hope.

So, Jack and Upton walk into a bar…