The Reviewer Gets Reviewed 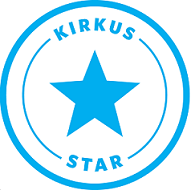 I got my start in writing as a book reviewer. I’d published some things before, but book reviewing was my first regular gig, right here at the Washington Independent Review of Books.

My first book review appeared in August 2011, not long after the debut of the Independent. It was only the second review I’d ever written, but as an English major, I’d churned out many a paper exploring the themes, historical import, structure, and prose of a wide variety of literary works, so I had a pretty good idea of what to do.

For a while, that review was one of the Independent’s most viewed. Excerpts have been cited in the paperback version of the book, Wikipedia, Princeton Writes, Lit Hub’s Book Marks, and a variety of other websites.

To be fair, I benefited from the fact that so few publications bothered to review the book and that some of the reviews by more famous reviewers (like Ron Charles and Ursula Le Guin) were less than laudatory. When the book then went on to win prizes, including the prestigious PEN/Faulkner Award for Fiction, my glowing, culturally informed review stood out.

The editors at the Independent kept sending me quirky, outside-the-mainstream books, and my byline was appearing regularly. I had become a book reviewer. Two years later, I was offered a regular column.

When aspiring novelists ask me if I have any writing advice, I tell them to write book reviews. It’s a terrific way to exercise the craft of writing while keeping up with what’s being published. Every book is a fresh writing prompt from which to write a 700- to 900-word essay. I generally follow a formula: hook; synopsis; criticism; and final judgment that, if I can pull it off, will loop back to the hook. But each review goes whichever way the book and my critical thinking skills take it.

A book review requires careful attention to all the tiny working parts that make a novel tick, tick, tick along…or not. Does the narrative arc bend enough; does it break? Does the prose dazzle, disappoint, or befuddle? Are the characters believable; are they meant to be believable? Does the message overpower the story or vice-versa? The more books I dissected, the better I became at judging my own writing.

In October, my debut novel was published, and it was with some trepidation, but also some curiosity, that I awaited the reviews.

The first review was from Kirkus. So brazenly confident was I that I expressed disappointment at not getting a starred review, only to earn a rightful rebuke from my publisher to be grateful that it was positive, because Kirkus is known for being tough on debuts.

Certainly, the Kirkus review was more glowing than the one published by my very own home-base publication, the Independent. It was humbling to get a tepid review.

But what was much more humbling was how few reviews I received.

Turns out that even a bad review is a good review because it’s coverage. It says that your book has enough buzz to merit some attention. For a small-press, debut novelist to get reviewed is almost as much of a miracle as a manuscript getting picked out of the slush pile.

On the same day that Kirkus published the review of my novel, it published about 10 other reviews. Just on that day. According to their website, they review 8,000-10,000 books a year. And they don’t review all the books that are submitted.

So, instead of lamenting that I didn’t get a starred review from them, I should have been ecstatic that my book got covered at all. The review process was humbling, but not in the way that I feared it would be. Instead of being trashed, I was largely ignored.

Starting with that first book review that I wrote for the Independent, it has been my practice to review books that are outside the mainstream — indie-press books, books written by marginalized writers, translations, experimental works that push the boundaries of narrative and structure, and yes, debuts.

(Which isn’t to say that I can’t occasionally be tempted into joining the maelstrom when a favorite big-name literary star publishes a new book.)

I am grateful to the Independent for covering all types of books, from the blockbusters to the obscure; from the publishing behemoths to the nano-presses; from the superstars to the midlisters to the emerging writers.

While some hometown publications (ahem, Washington Post) largely eschew the local talent to cover the buzziest Big Five books, the Independent reviews, interviews, and publishes essays by regional writers. Their roster of bloggers is a fantastic mix of wordsmiths of different genres at all stages in their writing careers. Last year, two of us published debut novels (the other was "Literally Kind" columnist Carrie Callaghan’s “brilliantly re-imagined” portrait of Dutch Golden Age artist Judith Leyster, A Light of Her Own).

I, for one, feel like my journey to publication started with that first book review.

Alice Stephens is the author of Famous Adopted People: A Novel.

Witness for the Persecution

8 books that testify to one of America’s darkest chapters