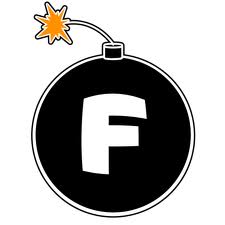 When I began writing this column, I started to follow book-world news more closely, trying to keep current on the issues. I suppose I shouldn’t have been shocked to discover that it’s a viper’s nest of intrigue and feuds out there (finally, I’ve discovered what is impeding my quest to get published: it’s that darned second child of mine!). As a resident of the DC area, I’m used to pettiness and posturing, but the literati give Washington politicians serious competition in bitchery.

It makes sense. The literary world is packed with prickly know-it-alls who use their pens as swords, spend a lot of time by themselves gnawing over slights and perceived insults, and are supported by a large fan culture that is eager to defend or attack via copious and wordy essays that rebound and echo through the long, tangled tubes of the Internet.

Take, for instance — warning! I’m about to drop the F-bomb — poor Jonathan Franzen. Just your average white male author, opining unto the world as authors are supposed to do. But ever since the publication of The Corrections, hailed by many as a work of genius and a perfect rendering of contemporary America, he has become the Kim Kardashian of the literary world, every statement, newsflash, press release, and appearance eliciting eruptions of either outrage or fawning praise.

Maybe it’s all brilliant marketing from a man who does not believe in being on Twitter or having his own blog: Publish a controversial article or op-ed, get in an argument with Oprah, or, if you really want to piss people off, decry Apple products, and then sit back and reap the rewards.

Some of the loftiest literary minds then jump in. Countless blog postings and ink articles are written. Next thing you know, his face is on the cover of Time, his next novel is an Oprah pick again (this time he acquiesces), and op-eds fret over the way his books portray American society. This brings on outrage from the hordes of authors whose books do not get the same widespread attention in establishment-media outlets.

Publicity, and lots of it. Free. His publicist must love life. When the furor from Franzen’s latest pronouncement has died down, the publicist only has to prod the author to make another smug statement disparaging social media, ebooks, Jeff Bezos, or, well, pretty much anything. Then sit back and let wannabes like me start howling into the echo chamber.

Personally, I find it all a little mystifying, the adulation, the fury, the sheer amount of pixels devoted to this one author and his curmudgeonly, Luddite views. Of his four novels, I have only read Freedom and found it a fine read, if somewhat meandering and occasionally pompous. He’s done a lot to revive the colon: after a long period of dormancy, many novels now come richly studded with the cute vertical dimples. I share his enthusiasm for bird-watching, skepticism about the frenzied adoption of all things technology, fear of Amazon, and doubts about the merits of Twitter.

But he’s not my favorite literary Jonathan: I much prefer the more prolific, artful, funny, and insightful Lethem, who manages to make appearances and publish articles without insulting half his audience. I love that he has taken on James Wood. He’s also pretty handy with the colon. He has his own website. And his presence on Twitter is an elegant compromise: @jonathanlethem has thus far logged 0 tweets.