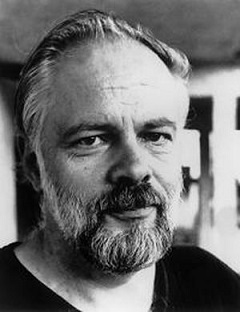 As streaming video is finally fulfilling the futuristic visions for digital television we’ve been hearing about for years, it’s appropriate that one of the country’s greatest science-fiction writers, Philip K. Dick, is behind two new series debuting this season.

It was Dick who wrote the story that became the 1982 film “Blade Runner,” as well as provided the basis for 10 other films, including two versions of “Total Recall” and the 2002 action thriller “Minority Report.”

In fact, one of the new series is based on the film starring Tom Cruise, with Fox’s “Minority Report” picking up the action 10 years after the “pre-crime” taskforce has been disbanded, but when one of the “precogs” capable of seeing crimes in advance aids a Washington detective in preventing them.

The series, which debuted in September, met with a mixed reception and, given a much smaller budget, generally drew unfavorable comparisons with the film.

It is the second series, “The Man in the High Castle,” that is creating a lot of buzz ahead of its November debut on Amazon, after the pilot attracted the most viewers ever for an Amazon pilot when it was aired in January. (That pilot is currently still available on Amazon Prime.)

This lavish production is anything but low-budget and magnificently translates Dick’s vision of a dystopian alternate history where Japan and Germany won World War II and divided the U.S. into two totalitarian puppet states. The action takes place in a 1962 that has rocket travel but otherwise is a primitive version of what America actually became.

The series was a decade in coming to the screen, as neither BBC nor SyFy was able to follow through on their interest in it. It was only the emergence of ambitious new streaming-video producers like Amazon that enabled it to be realized.

Dick was one of the authors who lifted the genre away from rocket ships and space travel to grappling in depth with questions of reality and knowledge, memory and identity. He is the first science-fiction author to be included in the Library of America series; its Philip K. Dick: Four Novels of the 1960s includes The Man in the High Castle and Do Androids Dream of Electric Sheep? (the basis for “Blade Runner”). The Library of America has published two other volumes of Dick’s novels and sells the three as a boxed set.

Dick’s dark preoccupation with metaphysical issues is evident in the other films based on his works, including the 2003 “Paycheck” with Ben Affleck, the animated 2006 film “A Scanner Darkly,” and the 2011 “Adjustment Bureau,” with Matt Damon.

His influence on both writers and moviemakers is evident in the books of Jonathan Lethem and Ursula K. Le Guin and in films ranging from “The Matrix” to “Memento.”

Part of a West Coast literary scene that was contemporaneous with the Beat Generation, Dick lived a tumultuous life that included five marriages, drug addiction, and fairly constant penury until his premature death in 1982 at the age of 53.

His legacy was to have elevated science fiction into a truly literary genre. One can hope that his influence will bring added depth to the rapidly evolving medium of serial television. This season may mark the beginning of it.