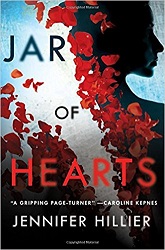 I’ve really enjoyed Carrie Callaghan’s approach to her Independent columns. She’s focused on the kindness found in the writing world in an attempt to chronicle the generous spirits throughout the literary community.

In that sense of generosity, I’m going to steal her idea for my column this month.

Recently, I’ve had a great reading run. The books I’ve read have taken me a while to get through. Not because they’re boring or unnecessarily complex; it’s the opposite. I’ve wanted to take my time. From the first pages to the last, I’ve had the urge to linger over prose, marvel over how skillfully a writer arranged his or her plot, take the time to consider the choices a character made.

So I figured I’d share with you four of those recent reads in the hopes that you’ll enjoy them, as well.

Some of these writers are my friends, but nothing I say below about their work is dishonest or exaggerated. In fact, since they’re my friends, it pains me to be this nice to them. They'll never let me live it down.

It's so hard to do the right thing.

The Gone World by Tom Sweterlitsch. Few openings have impressed me as much as the opening to The Gone World, Sweterlitsch’s second novel (following 2014's Tomorrow and Tomorrow). “She had been warned,” it starts (and forgive me for condensing this paragraph), “she would see things her mind wouldn’t understand. In a dead forest, in winter — never-ending winter, the trees blackened from old fire and coated with ice, several trunks toppled, a lattice of charred sticks…This was once West Virginia.” Astonishingly, the novel maintains this sense of rhythm and gifted description without ever bogging down the reader. Similarly, the story maintains a brisk pace as Sweterlitsch introduces Shannon Moss, a time-traveling investigator assigned to solve the murder of a Navy SEAL’s family. The concept of time travel can come off as dated (ha!), but not the way Sweterlitsch deploys it. This is a beautiful, dark book, filled with burning visions and haunting, elegiac prose.

Sunburn by Laura Lippman. Lippman hardly needs more accolades, right? She’s one of the few writers whose work has defined (and been embraced by) a city, and she’s deservedly won more awards and sold more books than most authors could hope. Her most recent novel, Sunburn, is the noir-infused story of a woman who runs off to a small town in Delaware, and the men intent on finding her. I haven’t read many books that have caused me to switch my character allegiances so many times without a break in my suspension of disbelief. Their choices are human and ultimately understandable; it's this book's conceit that you'll find empathy where, from the onset, none seemed possible. I wrote earlier that Lippman’s won a ton of awards; that count is likely to grow when Sunburn is eligible next year.

Jar of Hearts by Jennifer Hillier. Then again, if there’s one novel that’s likely going to end up competing in the same award groups as Sunburn, it’s Jar of Hearts. Hillier’s fifth book is her best, and tells the emotionally complex story of Geo Shaw, a woman whose youthful romantic entanglement results in the death of her best friend. Hillier has always been at her best when she’s exploring seemingly unimaginable human impulses, and nowhere is that on greater display than in this novel. It’s a baited-breath type of read, the kind of book you’ll want to read in one or two sittings, and then reflect upon long after that last page is turned.

The Long and Faraway Gone by Lou Berney. This book. Damn. I was late to the game reading The Long and Faraway Gone, and that was a huge mistake on my part. The thing is, I’ve been a fan of Berney’s work for years, and I completely slept on the book that broke through. Berney has a sneaky way of writing that makes you feel — immediately — like you’re reading about friends. This novel, which tells the story of a woman investigating the decades-old disappearance of her sister, and a detective brought back to Oklahoma as a favor to a friend, is beautifully, thrillingly told. But it’s more than that; it’s a pair of intricate mysteries rich in character, with warm dashes of humor, and an unsparing homage to the magnetic, complicated pull of the past.

Berney’s next book, November Road, is out this October. There’s no chance that I’m letting it slip past me. You shouldn't, either.

(Speaking of novels, I’m proud to share the cover for The Unrepentant, my thriller coming out in March 2019. You can see it HERE, where you can also pre-order one or maybe 31 copies!)

Breaking free from the white-male canon

Writerly advice for the Cupidly confused