A Letter to My 7-Year-Old Son

Why I needed diverse books. 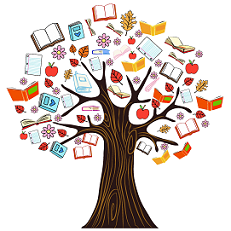 I hated when police sirens would rush down the street outside my high school. I don't remember which class it was, but I do remember that it was my sophomore year and students in the class would point at me and chant, "GREEN CARD!" when they heard those sirens.

The first couple of times, the teacher immediately admonished them, then he relented and gave them a few chants before stopping. Fortunately, my small town in southern Arizona didn't have a need for police cars to pass by that often.

But, still, I remember those times.

I remember all the times, the overt or casual instances of racism I encountered because of my mixed race. Some of those memories are eternal and insist on crowding against the good ones, like first kisses or my wedding to your mom or your birth.

Like the time, my first semester in college, my first year in Virginia, when a drunken boy said, "Okay, where's the [n-word]?" And then staggered over and punched me in the eye.

The time a white girlfriend’s parents asked if I was a little “too dark” for her.

The time the kids in my church group called me an Oreo — dark on the outside, white on the inside.

It crushes me to know you’re also going to have experiences like this, given your mixed race and the state of our country. And those experiences, like they did to me, are probably going to happen when you’re younger. And, like me, they’ll probably happen in groups. A group of people either engaged in bigotry against you or quietly accepting it.

I found refuge in books from an early age, and the books I lost myself in were wonderful and fun and overwhelmingly written by white authors. I loved their work and still do, and someday I hope to share them with you. But it wasn't until my later college years, my junior and senior years, when I was introduced to books that provided me with a deeper, keener emotional and intellectual sense of connection, of identity.

That was when I first read the books you’ve seen on our bookshelves — James Baldwin and Richard Wright and Toni Morrison and N. Scott Momaday and Junot Díaz and Alice Walker and too many other writers to name, all who wrote proudly and defiantly and openly and beautifully about their heritage and their place in this country. And I realized I wasn't alone.

But I read them too late.

Those experiences I discussed, that happened in high school and early in college? Maybe I would’ve reacted differently had I had the reassurance and understanding of those writers, that pride in myself about who I was, the realization that not everybody was like this. Or accepted this.

And maybe, had others read those books, there would have been an ally in those groups, someone strong enough to stand up for someone too young and scared to stand up for himself.

“If you give me a fair chance, I will help you better understand the meaning of democracy.”

You’re too young to absorb the news, thankfully, but much has been made recently of the influence of teaching diverse books — and, thus, a diverse view of U.S. history — in the classroom. It's led to the urge to ban books, to enforce a view of America that doesn't risk revealing its errors.

I want you to know how misguided that is. The majority of the writers I read, who influenced me, were American — certainly frustrated with the country and, at times, questioning their devotion to laws that blatantly sought to destroy them. But the fact that they refused to give up their citizenship was a remarkable act of patriotism. As James Baldwin wrote, when the very laws of this country openly, actively disenfranchised him, "I love America more than any other country in the world and, exactly for this reason, I insist on the right to criticize her perpetually."

There's a courage in that profound resistance, and that courage is uniquely American. It's the courage of the people you need to learn about: the first slave to slip into the night and run from a plantation; the first women to determinedly leave their houses and go vote; the African American schoolchildren who quietly, resolutely marched past hateful crowds into a newly desegregated public school; the gay men and women who, in 2015, finally held hands and exchanged wedding vows.

That courage is the pursuit of happiness, even when those citizens were being denied specifically American institutions.

What a shame it would be to deprive you of these American heroes, to hide their contributions that inevitably made this country great, to show to so many girls and children of color and LGBTQIA+ individuals that they have a right to exist fully.

And what a shame to discourage the potential of allyship and the self-examination and deep-rooted, honest love that true allyship introduces.

You deserve better than to be taught lies.

“You can wear the mask.”

– Miles Morales, “Into the Spider-Verse”

“Into the Spider-Verse” was the first movie you saw in a theater. Some parts of it were too scary, and the theater experience alone was overwhelming. But there's a scene at the end of the movie after Spider-Man has saved the day, when Miles Morales is talking about taking on the role of Spider-Man, and he says, in a moment of profound realization, “You can wear the mask.”

And I looked at you, and you were beaming so hard you were practically glowing.

It's difficult, I think, for many to understand this sensation — that there is a community out there for you even when you cannot see it. Even when others disparage that community for existing, or make it appear unnecessary, even detrimental.

You’re not Black, but an Afro-Latino Spider-Man meant more to you than any of that character’s white iterations. It showed you something that resonated, and it changed something in you. The same way that James Baldwin — a gay, Black writer — influenced me, a straight, half-Latino college student, years earlier.

And that matters. Representation matters. Diverse voices and books matter. They give us a path to what is good.

I hope you find your solace and strength in books, but also in honest friendship, and in the love of family and in true allies.

And I hope you know you're never alone.

My issues with boundaries.