The Best Book I Ever Received…

This year’s new reads have all been unwrapped, so we turn our thoughts to our favorite literary gifts from the past. 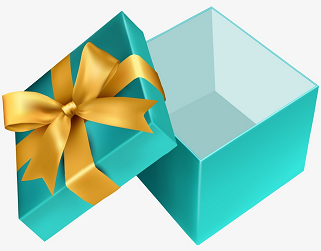 The English Patient by Michael Ondaatje. “I was standing waiting for my wife and guests to go to a movie, opened this book on a table, stood there transfixed, never went to the movie, and finished [it] by morning.” ~Ronald Goldfarb

The Sherlock Holmes Collection by Arthur Conan Doyle. “A Christmas gift from my father when I was a teenager; it led to a lifelong love of Holmes and the stories I return to often.” ~Drew Gallagher

American Emperor: Aaron Burr's Challenge to Jefferson's America by David O. Stewart. “It was through this book that I first got to know David Stewart.” ~Talmage Boston

The Count of Monte Cristo by Alexandre Dumas. “It’s not just that this brilliant tale defines the word ‘classic.’ It’s that you want to have the travails of Edmond Dantès on call when you’re going through a rough patch to remind you that at least you’re not imprisoned in the Château d’If.” ~Heidi Mastrogiovanni

When We Were Very Young by A.A. Milne. “The best book ever given to me, [it] set me on the path to a lifetime of reading. I read it repeatedly as a child, read it to my children repeatedly, and will read it to my grandchildren. It will never grow old.” ~Amanda Holmes Duffy

A Classical Dictionary of the Vulgar Tongue by Captain Francis Grose. “Honestly, it's hard to pick among all of the inspired, thoughtful, and unique book gifts I've received over the years. When someone gives you a book that you come to love, you feel they have given you a little piece of your own life. This dictionary, first published in 1785, is a wonderful window into 18th-century slang: just the gift a writer of historical fiction will love.” ~Carrie Callaghan

The Forest for the Trees: An Editor’s Advice to Writers by Betsy Lerner. “Given to me about midway through my career in government contracting (gaaack!) by a friend who was encouraging me to re-find my creativity. Lerner is clear-eyed but kind, and the book will always have a place on my shelf.” ~Jennifer Bort Yacovissi

Pet Sematary by Stephen King. “It’s not that this is my favorite novel — although it’s exquisitely scary and kept me sleeping with a night-light well into high school — but when my father gave it to me on my 13th birthday, it started an informal tradition of him presenting me with the new Stephen King release (there was always a new one) every December. Decades later, Dad long deceased, my family still knows all I want — nay, demand — for my birthday and Christmas is books.” ~Holly Smith

Aunt Bee’s Mayberry Cookbook by Ken Beck and Jim Clark. “For Christmas 1992, my dear friend Philip Welsh gave me [this book] filled with Southern recipes and aw-shucks trivia from the old ‘Andy Griffith Show.’ He gave it to me as a multi-layered joke, but I have discovered in it many recipes that have become staples in my repertoire. And I get to think of him every time I use it; he was murdered in his Silver Spring home in 2014.” ~Jennifer Bort Yacovissi

Who's reading what before lights-out?