Amid a year with little to celebrate, these novels and nonfiction works were much-needed bright spots! 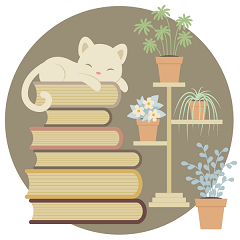 The Second Most Powerful Man in the World: The Life of Admiral William D. Leahy, Roosevelt's Chief of Staff by Phillips Payson O'Brien. “Who knew? Five-star admiral Leahy was FDR’s unheralded right-hand man. The author presents a compelling case that, as FDR’s health declined, Leahy ran all U.S. strategy for World War II. He was so good that Truman kept him close by for four years.” ~Steve Case

Make Russia Great Again by Christopher Buckley. “This and Squeeze Me by Carl Hiaasen proved that there were rare positives to be found in the Trump era.” ~Drew Gallagher

The Man Who Ran Washington: The Life and Times of James A. Baker III by Peter Baker and Susan Glasser. ~Talmage Boston

The World That We Knew by Alice Hoffman. “This novel of the Second World War includes to mesmerizing effect elements of the mystical for which Hoffman is so well known. It is a heartbreaking, utterly absorbing, and unforgettable story, one that simply should not be missed.” ~Heidi Mastrogiovanni

Normal People by Sally Rooney. “I love how Rooney stayed in the moment and created short, simple scenes, making the relationship between Connell and Marianne immediate, sexy, and poignant. I did a short writing exercise on chemistry based on it.” ~Leeya Mehta

The Secret Commonwealth by Philip Pullman. “The best book I read all year was the second book of Pullman's new trilogy, ‘The Book of Dust.’ The Secret Commonwealth delivers more than 600 immersive pages full of great characters, high fantastical adventure, and deep philosophical questions on the nature of consciousness.” ~Amanda Holmes Duffy

Beneficence by Meredith Hall. “The story of a family on a Maine farm, the plain, beautiful writing, the unflinching clarity that death is part of life reminded me of Charlotte's Web.” ~Ellen Prentiss Campbell

Cantoras by Carolina de Robertis. “When five ‘cantoras’ (women who love women) find community and solace with each other during Uruguay's terrifying dictatorship, they bring the reader on a journey that will leave you crying both happy and sad tears by the end.” ~Carrie Callaghan

Courage Under Fire: Testing Epictetus's Doctrines in a Laboratory of Human Behavior by James Bond Stockdale. “The seven-and-a-half years Stockdale spent in the Hanoi Hilton were a crucible for his Stoic learnings. Here, he shares how he used Stoicism to survive years of torture and confinement by recognizing what he could and could not control and acting accordingly.” ~Chris Rutledge

Where the Crawdads Sing by Delia Owens and Redhead by the Side of the Road by Anne Tyler. “Owens’ book should be required reading in every school. It is akin to a ‘white’ To Kill a Mockingbird. And Tyler’s [novel captures] family dynamics in Baltimore.” ~David Bruce Smith

When No One Is Watching by Alyssa Cole. “This was the most impactful book I read this year. It’s an engaging thriller, yes, but also so much more. The novel is a lesson about gentrification and the causes and effects of systemic racism in our country — an eye-opener.” ~K.L. Romo

Little Secrets by Jennifer Hillier and Follow Me by Kathleen Barber. “There were two because I'm not making this easy for anyone. Both played with the concept of social media fame, albeit in starkly different fashions. The novels expertly lead you in, keep you sleepless with suspense, and refuse to offer easy endings as the final pages turn. I read both books at the beginning of the year. They've remained in my mind through the end.” ~E.A. Aymar (E.A. Barres)

OMG WTF Does the Constitution Actually Say?: A Non-Boring Guide to How Our Democracy Is Supposed to Work by Ben Sheehan. “I read so many wonderful books this year, both fiction and nonfiction, that it’s seriously hard to choose, but I’m going with this underdog because America needs to re-learn its civics, and this is a great place to start.” ~Jennifer Bort Yacovissi

Girl, Woman, Other by Bernardine Evaristo. “I read it way back in the Before Times (late January), but this multilayered, Booker Prize-winning story of the intermingled lives of 12 Black British women — many of them immigrants — has stuck with me ever since. It’s lyrical, intelligent, and immersive: the perfect antidote to 2020.” ~Holly Smith

We here at the Independent love every piece we run. There are no winners or losers. Having said that, here are August’s winners.

We here at the Independent love every piece we run. There are no winners or losers. But all kidding aside, here are April’s winners.