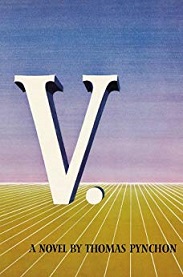 In college, I lived my junior year on the Writer’s Corridor, peopled with brash young students who were supposed to bond with, and influence, each other. Turns out, we were just as catty and cliquish as any other social organization.

We were a strange bunch, and one of the strangest was P---. He had a decent heart, but it was wrapped inside a socially misfit body that was all hair and round, mole-y flesh. He had a misfit mind, too, with fluttery fingers as he spoke both like Mr. Spock and as a fan of Mr. Spock at the same time.

An odd fellow, but he was a writer.

One day, I showed P--- a two-page rant about the nonsense of the world. His subsequent criticism has stuck with me lo these 30 years: “You can’t use sense to prove nonsense.”

My first, and remaining, thought was: “Of course I can. I can do as I please as a writer, and I don’t need to harken to this negative proposition.”

But I’ve encountered it in a variety of ways as I’ve pounded out my writer’s life. Raymond Carver took the idea on in a complaint he shared about “writers writing about writing.” Meaning that he felt his job was to detail human drama in a realistic way and to let it speak for itself; to not assert any metacognition, to dismiss that as artifice.

Beyond the fact that this approach uses sense to prove nonsense (such as in his story “The Bridle,” where the forlorn Betty tells Marge, “Dreams are, you know, what you wake up from”), saying you don’t care for “writers writing about writing,” doesn’t change the fact that the storyteller, Carver (and a fine one at that), is using artifice to tell his story. He may be dismissing a vast range of possibilities in his artifice, but he’s still an artificer himself.

At the furthest opposing end of the spectrum is Thomas Pynchon, who writes wild and wonderful sentences that never add up to sense. Pynchon is the supreme artificer, always circuitous, always spinning various ideas around at one time.

I read V. and understood, word by word, the sentences that Pynchon put together, and I still have clear visions of several of the scenes — chasing alligators in the sewers of New York, Esther’s nose job, and the sexual corruption of German Namibia — but I still have no idea what that book is about.

Pynchon intends to use nonsense to prove nonsense, and he does a bestselling job at it. (Has anyone ever had a better writing career than Pynchon? Fame and anonymity! Success with every novel!) But I’ve never met anybody who wants to talk about Pynchon, except my dear friend Tyler, who’s read everything and will talk about anything.

So I decided some years back that I wanted to fit in somewhere between Carver’s spare emotional power and Pynchon’s nonsensical pyrotechnics. Shortly thereafter, unfortunately, I discovered that Paul Auster had already claimed that ground. I loved City of Glass, but I think his masterpiece is The Book of Illusions, in which all of a man’s wonderfully creative life’s work is consigned to oblivion. Here is a masterpiece of sense proving nonsense.

Once I realized that this space is open and available, infinitely wander-able and inhabitable as a writer, that was the direction I went in. I’ve never forgotten P---’s admonition, and I respect him for planting such a conundrum in my brain. I’m glad to have used his challenge to read more deeply into a variety of writers, to try to figure out where they stand in this divide.

Addressing these questions has helped me see through the words into the structures of writers’ works. Generally, these structures are idiosyncratic and practical, natural but manipulated. The best writers use their works’ natural structures to go beyond them, to bring the reader beyond them into the realm of meditations and dreams.

As a writer, that’s all I’ve ever wanted to do. And if I can do it, anyone can.