Does the lowly gumshoe have a place in today’s high-tech world of crime-solving? 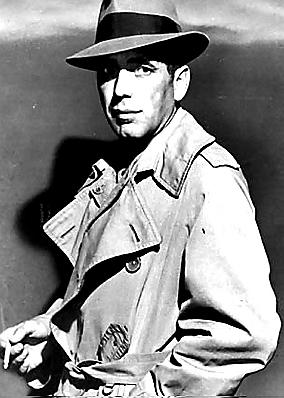 John Semley recently wrote an interesting article in the New York Times Magazine entitled “The Death of the Private Eye,” which was not about the demise of a particular gumshoe (think Miles Archer in The Maltese Falcon), but about the entire genre in print and on film.

Needless to say, I found the article interesting because that is the genre in which I write. I’d just barely recovered from the uncertainty created by the Hachette/Amazon financial brouhaha and didn’t need anyone telling me that private-eye novels were the passenger pigeons of fiction.

(An aside, mainly because I want to flesh this column out: Some scientists, apparently bored with trying to cure cancer or Ebola, are planning to clone DNA from the stuffed carcass of “Martha,” the last surviving passenger pigeon, that died in 1914. They hope to restore a species that once numbered in the billions in the U.S., but was unfortunately too tasty to Western pioneers. Having been the target of many a non-extinct pigeon dropping, I have mixed feelings about this project. But I suppose it’s preferable to a Spielberg-like cloning of a Quetzalcoatlus, the largest of the pterodactyls. Getting hit on the head with poop from a 50-foot “flying dinosaur” might lead to human extinction.)

Semley suggested that modern technology has made the traditional private eye — the dogged hero of so many wonderful novels and films — largely irrelevant. In this era of smartphones, the Internet, GPS, and drones, how hard is it to nail your cheating spouse? Your next-door neighbor’s kid could probably get the goods for you.

Okay. You may not want the little snot to know your personal business, so you might hire a private detective (or, more likely, an “investigative service” with dozens of ex-cop operatives working on their fifth and sixth pensions).

What used to take 50 pages in a thriller now takes a few strokes on a keyboard. Case closed. Here’s your bill. It’s unlikely that the electronic “detective” will uncover the obligatory murder or other mayhem that would fill out the other 150 pages. It’s hard to stumble over a dead body when looking at a computer screen.

Moreover, if there are any crimes, the super-sleuth police detectives working at the city, state, and federal level will solve them before an old-style private dick’s morning hangover eases. The airwaves are replete with crime dramas where cops locate criminals using portable fingerprint scanners, embedded GPS chips in cellphones, and surveillance cameras.

Then there is the ubiquitous “facial recognition” technology. I saw one example last week on “Castle” (a TV show I happen to love, by the way), where a techie identified a suspect by her ear, the only part of her head visible in a surveillance video. Apparently, there is a law enforcement database of ears. I immediately went out and bought some Q-tips.

Heck, a few years back, there was a Tom Cruise movie, “Minority Report,” set in the not-too-distant future where the police identified and collared suspects BEFORE they committed a crime.

Does all this really mean that, today, one can’t write a private-eye novel?

Au contraire. My stalwart heroes can now solve crimes that they (meaning I) have no right solving. I have invented databases and electronic investigative shortcuts that can’t possibly exist in the real world (although, after the ear thing, I may be wrong).

And I don’t feel bad about it. I bet Raymond Chandler wished he could have used something to tie up all the loose ends in The Big Sleep, his masterpiece, which, he admitted, made no sense even to him!

My point is, I think many people read private-eye novels not to see how a crime is solved, but for other reasons. They want to see injustice punished. And they also like to see a lone wolf stick his or her finger in the eye of the establishment, while still maintaining a basic decency.

Recall the aforementioned Miles Archer, the private eye who gets himself shot at the beginning of Dashiell Hammett’s The Maltese Falcon. His partner, Sam Spade, doesn’t even like him. In fact, he had an affair with Archer’s wife. (That tells you something about Archer’s competence as a private investigator, even before he lets himself be lured into an alley to be plugged.) But Spade is determined to avenge Archer’s murder.

A police officer certainly believes that; we expect that kind of team loyalty from a cop. But a private eye who hews to such a code of honor may even be more admirable.

And who doesn’t want to be like Chandler’s hero, Philip Marlowe, who, in The Big Sleep, is insulted by a spoiled rich girl who says he is not very tall? To which he replies, “Well, I try to be.”

If today’s crop of fictional private eyes wears out less shoe leather than their predecessors, who cares?

There is still a need, in fiction and in life, for men and women who, Chandler writes, must go “down these mean streets” without being “tarnished nor afraid,” and who will “take no man’s money dishonestly and no man’s insolence without a due and dispassionate revenge.”

Authors aren’t the only people who need characters like this. We all do.

(Lawrence De Maria, a former Pulitzer-nominated New York Times journalist, has published 11 e-books on Amazon.com. His next thriller, featuring Manhattan private eye Jake Scarne, is due out this Christmas.)