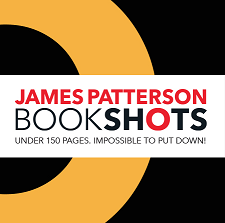 I was watching “Sunday Morning with Charles Osgood” recently, as I do just about every week. I had already demolished my bacon and eggs and was enjoying my third cup of java with my Kringle, the Danish pastry that should be outlawed, when the show broadcast a segment on James Patterson. I wish the segment had led off the show, since it would have ruined my appetite and limited the dietary damage.

I just think that what he is doing is bad for writers.

All writers: print, digital, and those who do both.

The “Sunday Morning” segment was a puff piece. CBS televises “Zoo,” a thriller based on a Patterson book. (I’m pretty sure there are other symbiotic relationships between the Patterson Empire and CBS.) Objectiveness aside, the segment highlighted Patterson’s vaunted literary output. At one point, he noted that he “writes” in longhand and joked that he would really be prolific if he used a computer!

Then, with a straight face, he started opening file cabinets containing scores of unfinished manuscripts that his stable of “co-authors” — most of whom probably use computers — were preparing under his tutelage. (Patterson is on record as saying that he outlines a plot and then has the co-authors do the actual writing. He makes suggestions.)

The books obviously sell on Patterson’s name, no matter their quality. Some of his co-authors, while not household names, do have serious creds and have produced solid books on their own. Patterson is not the only author who “collaborates” (although he is by far the biggest), and I have nothing against the other authors making a buck. It’s a tough world for authors nowadays.

And for those who don’t have a co-author deal, it’s even tougher.

The emergence of self-published e-books, and the pressure on traditional pricing models, has made it much harder for authors of every stripe to make a living. Traditional agents and publishers are loath to get behind books that are not surefire bestsellers. If a mid-list author’s first book doesn’t take off, it is almost impossible to get another one published. It’s much easier and safer to publish a book from a megastar like Patterson, no matter who actually writes it.

Amazon and other e-book powerhouses are, of course, the reason the publishing landscape has changed. Anyone who wants to publish a book, no matter how dreadful, can. (In the past, only “legacy” publishers could publish dreadful books.)

I sympathize with those who say that it is now much harder to separate the wheat from the chaff. But do we need more chaff? At the tail end of the “Sunday Morning” show came the real kicker. Patterson and his stable are releasing a slew of what he calls “BookShots,” short (150 pages or so) novellas meant as quick reads. He says he wants to sell books to people who don’t normally read, presumably because they now watch TV, play video games, go to movies, or are addicted to social media. The books sell for $4.99 in print and $3.99 as e-books. There are a bunch already out there, and Patterson says he may put our four a month!

What bothers me about Patterson is that when Amazon was fighting with Hachette over e-book pricing, he excoriated Amazon, saying it was hurting authors. Now he is flooding the book world with cheap books. Will he succeed? Well, here is one review of a BookShot: “This was a terrible way to leave one of your biggest fans hanging. I am always telling everyone how much I love your books. Maybe I missed something before I ordered this because I did not realize I wasn't getting the entire book. Geez!!!!! Where do I find the rest of it? Kept trying to correct the download of this book. I thought it was a technical error. Won't be reading anymore of this book shots. Didn't realize I wasn't getting the entire story.”

And that’s from a Patterson fan! Another review blasted Amazon for selling BookShots.

Wouldn’t authors and readers be better served if they pressured “legacy” publishers into changing their pricing models so that authors get a bigger slice of the pie and don’t have to be a Patterson to survive? Now they are being undersold by the very man and publisher (Hachette is putting out BookShots on Amazon) who claimed to be their advocates.

I hope this all doesn’t sound like sour grapes. After the “Sunday Morning” show, my wife asked me what I’d do if Patterson asked me to be a co-author. I told her I’d keep buying lottery tickets.

Lawrence De Maria, once a Pulitzer-nominated New York Times reporter, has written more than a dozen thriller and mysteries on Amazon.com. His most recent mystery, TURTLE DOVE, is available at ST. AUSTIN’S PRESS (BOOKS BY DE MARIA).

Why everyone is entitled to my opinion.

A book on any other platform reads just as well.