Which book to pick up next? 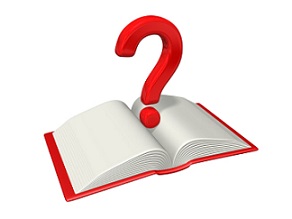 People often ask me, given the daunting number of choices out there, how does one decide what to read next? The question is especially vexing for those who don’t have a lot of time to read and want to make every book count.

The most obvious answer is to join a book club and have your decisions made for you. (A word of advice: before joining, make sure you and the other members share the same tastes in genres, themes, authors, and alcohol.)

Some rely upon reviews and advertising campaigns for the next must-read “it” book. This method works well if you want to be a part of the cocktail-circuit conversation, but be aware that you are restricting yourself to hot-off-the-press titles curated by a herd of groupthink editors who overwhelmingly favor two particular writing styles: a gorgeous construction of poetical perfection, rich and delicious as a designer cupcake; and the manically paced, cacophonous, clever-clever slice of modern life, each chapter punctuated by a caustic and cynical 140-character witticism perfect for Twitter.

These critically acclaimed prize-winners, best-of-list-toppers, and breakout debut sensations could easily monopolize all your attention at the expense of thousands of years of literary history.

Or, you can choose the opposite tack and read only books by minorities, as Sunili Govinnage did for a year. Not content with the usual constellation of minority authors anointed by mainstream publishers, she sought out obscure titles and international writers. Her takeaway? It was hard to find translations, books published in other countries, and books by minorities. Which is news to absolutely nobody who follows the shockingly provincial and homogeneous culture of American publishing.

Sometimes, I go through the fiction shelves of my local library alphabetically, choosing an A author, then a B, then a C, all the way to Z (skipping X, because there are no authors whose last name begins with X in a small library). By restricting my choices, I am forced to read books that I might have passed over for something newer and shinier.

Using this method, I finally picked up books that had long lingered on my to-read list, like Chinua Achebe’s Things Fall Apart, James Baldwin’s Go Tell It on the Mountain, and Erskine Caldwell’s Tobacco Road. I also excavated unmined gems by favorites like Philip Dick, Louise Erdrich, and Nadine Gordimer. Then there were the authors whom I read for the first and last time. Edna Ferber, Washington Irving, and Muriel Spark: Been there, done that!

Since my local library has been closed for months now, I’ve been toying with the idea of plumbing the little free libraries popping up on front lawns all over my neighborhood. I’m nervous about the limited choice, but I admire and heartily endorse their free-book-love attitude.

If you have a deep and abiding faith in the Internet, let an algorithm find your next book through sites like Goodreads, the if-you-like-this-title-you’ll-love-these-novels formula of What Should I Read Next?, and the sliding scales and categorical parameters of Whichbook.

But my preferred method? Word-of-mouth. A shameless book-borrower, I ask then and there if I can borrow a book that has just been recommended by my hyper-literate relatives and friends. These days, I don’t even have to ask — people just bring me their recent favorites, and my problem becomes not what to read next, but finding the time to do it.

The first rule? What happens in group stays in group.