Looking for book recs? There’s a board for that. 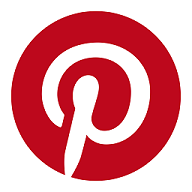 I’ve just started posting boards and pins on Pinterest. For now, I’m sticking to books and movies, since I doubt if anyone wants my recipe for crepes Suzette. (The firemen just left.)

One board is titled “Books That Changed My Life,” so I thought I’d share those tomes here. (It could have been called “Books You Should Read,” if you get my drift.)

Gone with the Wind by Margaret Mitchell: I’ve said this before, but you have to get past the casual racism common for the Civil War period and perhaps even more malignant when the book was written in the 1930s. Concentrate on the love stories, the family tragedies, the magnificent prose, and Rhett Butler, who so belittles the “Great Cause” and Southern pretensions that you can imagine him tearing down all those Confederate statues himself. (An aside: I love history, but one solution to the statue brouhaha would be to put up statues of Benedict Arnold alongside the Southern “heroes” who also took up arms against the United States.)

The Dog Who Wouldn’t Be by Farley Mowatt: Outrageously funny and eventually sad, a true boy-and-his-dog story that still breaks my heart. Mowatt was a gifted Canadian author (and World War II hero) more famous for Never Cry Wolf. Every child should read The Dog Who Wouldn’t Be, which is why I gave it to my grandkids.

The French Lieutenant’s Woman by John Fowles: There is just one brief, and modest, sex scene in one of the sexiest books ever written. Fowles was one of the great writers of the last century.

Day of Infamy by Walter Lord: The attack on Pearl Harbor. In retrospect, most people now ask: What were the Japanese thinking? Lord doesn’t get into geopolitics. Reading this great book is like being on Battleship Row on December 7, 1941.

The Godfather by Mario Puzo: Some of the prose is purple, and I thought the screenplay and movie were better, but there is no denying the power of a book that changed the way we thought about the Mafia. Of course, the book is about family. Anyone’s.

The Martian by Andy Weir: The author self-published this novel when “traditional” publishers yawned. It became a cult classic and a Matt Damon/Ridley Scott blockbuster movie that I watch every chance I get. Weir’s subsequent pile of money would reach to the Red Planet. Another instance where Hollywood improved a book, but the premise was pure genius, and it’s still a great read.

The Twentieth Maine by John J. Pullen: There’s a reason that Jeff Daniels’ brilliant portrayal of Joshua Lawrence Chamberlain in the movie “Gettysburg” is so stirring. Chamberlain was the real deal, and Pullen’s portrayal of the man and his regiment of hardy Mainers made a Civil War buff out of me. HE deserves all his statues!

The Rise and Fall of the Third Reich by William L. Shirer: The first, and still one of the best, history of Hitler and Nazism. Shirer was there from the beginning, and his personal experiences, augmented by prodigious research, make for a fantastic read. And he’s a hell of a writer. The book is probably more timely than some people like.

Lawrence De Maria was a Pulitzer-nominated New York Times reporter with 18 thrillers and mysteries in print and as e-books available at ST. AUSTIN’S PRESS (BOOKS BY DE MARIA).

Authorial advice on making the switch to fiction