Weighing the value of anonymous public discourse in the age of Trump. 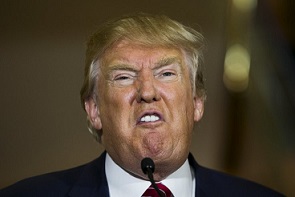 In my composition courses, we practice techniques of critical reading, which has me remonstrating my students to read newspapers and magazines — online, of course. This habit of critical thinking prepares us to hear anybody’s opinion on any subject, and helps us to contextualize whatever our answers might be.

But I don’t tell them to read the comments sections.

That’s not because I don’t read the comments; I enjoy them tremendously, but they can be of little use to a writer of academic works. As a critical thinker, reading the opinions of others — and especially observing trollish behavior — can be instructive. But as a scholar, anonymity destroys the credibility of the commenter, and not much from the comments is proper evidence.

Oh, but the joys of seeing the marketplace of ideas.

It’s as if the citizens all read something and then rushed into the town square to spout off about it. Some are sarcastic and wicked, some are supportive and sentimental, and some are trolls. The comments are among the best examples of free speech we have in America today. Ask the New York Times and the Washington Post why they print so many articles about Donald Trump, and they’ll say, “The hits.” The comments section overfloweth.

I’ve been particularly drawn by the desperate tone some Democrats are taking as they imagine that Donald Trump may be elected president. And then I came across this comment from west-of-the-river in Massachusetts: “Trump is following the playbook of the internet troll. He creates discord and starts arguments by making inflammatory statements for the purpose of provoking people into an emotional response.”

And my normally vague vision of the troll — a lonely, angry, hirsute young man lying on a bed in a clingy, macaroni-and-cheese-stained T-shirt — is suddenly transformed. The community has pooled its outrage into a resource for expression. And now I have formed a three-dimensional concept of two previously separate notions, Trump and troll.

Thinking of the troll as Trump helps me to see that the troll is the caricature of a self, the failure of the inner being to find stability. Thinking of Trump as a troll means that I can see beyond, and turn away from, the mental games, the unending unconscious manipulations. I can ignore the masochistic emotional neediness and greed.

Of course, it’s not enough to turn away from Trump/troll. I have to help my readers (all of you) see the con before voting day. I must go into the comments section myself, a poison-pen avenger, and spread the new tweety gospel: Trump is a Troll! Trump = Troll! Trump, troll! Trump, troll! Just keep repeating the mantra.

I also enjoy reading the comments for my favorite Washington Post writer, Thomas Boswell. Some people bash him, and that’s the right of all Americans, but their protests never come close to outweighing his insights. Sometimes the commenters are too kind to Boswell. I can forgive that easily. “So shines a good deed in a weary world.” Of course, Boswell writes about sports, which generally doesn’t engender the same madness that politics does.

I’ve noticed also that the New York Times has recently reduced the accessibility of comments in many of its articles. One time, I wrote the word “media-whore” about Trump, and my comment wasn’t posted. That happened, too, when I wrote to Ross Douthat after he penned a series of pieces excusing the Catholic Church for allowing pederasts to work with children. A person can get emotional. And sometimes you find a gem.

Discovering what random, generally decent, perhaps frustrated people say in response to the stories of the day always helps me “recite and review,” two other important techniques of critical thinking. Don’t just read the piece; find a way to speak it, to think about it again later. Find a friend to share the story with. Or read the comments section. It’s the surreal conversation of our anonymous citizenry.

Maybe I’ll start recommending the comments section to my students, after all.

The enduring — and often private — language of tattoos