More on Amazon and Goodreads

The crux of the concern over Amazon's expansion is its meaning for the future of artistic expression. 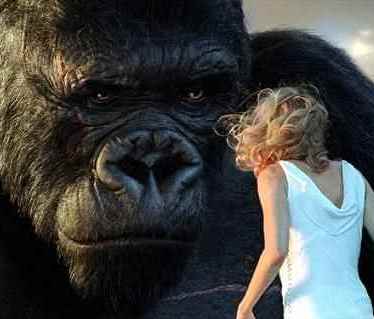 Everyone has an opinion on Amazon’s recent acquisition of Goodreads, and thanks to those of you who have joined our discussion here on the site and on Facebook. Was the acquisition a brilliant business move for Amazon? Absolutely. But will it be good for publishing, and for readers and writers? The views I’ve read are mainly negative, with worries about Big Brother and an eventual monopoly for Amazon.

No one knows exactly how ownership by Amazon will change the Goodreads interface and user experience, but let’s step back a little and consider what the acquisition means for Amazon. Goodreads has 16 million users ... even if you don’t use the site yourself, know that this represents a significant portion of Americans who regularly read: around 1/3 from figures I’ve seen. Each user has entered data into the site: demographic and geographic data, network data (friends and followers), and of course data on book preferences. Think about Facebook, the largest social network of all: its entire business model is predicated on mining the data of its users for commercial purposes. But Facebook doesn’t sell physical products. Neither did Goodreads. Amazon, by contrast, does. How will it use Goodreads data to sell more books? For instance, will Goodreads user data be linked up with those same people’s Amazon buying habits?

Amazon has also acquired a site used as a major promotion hub by its arch-rivals: the big publishing houses. This is a bad day for them.

Goodreads, unlike Amazon, is a community. Its reviews and opinions have more credibility because they are tied to user profiles. Amazon now inherits this infrastructure, as well as Goodreads’ mechanisms for users to discover new books, which are varied well beyond Amazon’s (fairly banal, in my experience) recommendation algorithms.

Let me tell you my ultimate worry, far beyond this acquisition: too much control of artistic expression … and not just too much corporate control in general, but control by a single corporation whose primary desire is to make as much money as possible, rather than to foster a diversity of meaningful and skillful literary voices. Making money is what corporations are for, after all, but at a certain point some additional responsibility should kick in. Imagine books reduced to the lowest-common-denominator of so much television programming. Propaganda, even if of the highly-entertaining variety. Or mere mush for our brains. Or imagine a system wherein it becomes not easier but significantly more difficult for writers, save a select few proven moneymakers, to reach readers.

Can Amazon articulate a vision for the future of publishing, preferably one that addresses both the commercial and artistic sides of the endeavor? Would Amazon consider adopting a code of ethics in regard to its treatment of artistic endeavors, similar to the kinds of codes companies dealing in natural resource extraction might develop in regard to the environment? These questions will only become more important as Amazon’s influence continues to grow.

Book Covers: The Good, The Bad, and The Duplicative

"You can't judge a book by its cover" might apply to people, but it probably doesn't apply to books.

On Pitching To Literary Agents

Some advice from someone who has pitched successfully before to help you as you prepare for the Books Alive! Conference.