The actor who played Tony Soprano showed us something important about what makes great art. 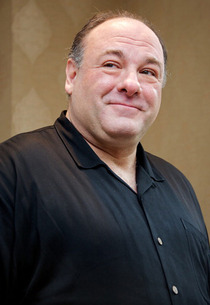 There are so many reasons I should have disliked The Sopranos. The Metro New York setting, the brutish knuckle-dragging men and superficial materialistic women, the unhealthy family dynamic. Wasn’t it to escape from an environment like that (well, minus the weekly execution-style killings) that I went away to college and never came back? My first reaction to the show back in 1999 was to think that making “Analyze This” into a TV series was a pretty stupid idea.

Then I watched the first episode, and I was hooked.

The show’s writing was often brilliant: simultaneously hilarious and disturbing, every line laden with meaning and a menace that only grew as the seasons progressed. The humor could be unnerving, coming often at the expense of the characters themselves through malapropisms and misunderstandings. Tony was the show’s core, and he was an unlikely hero for lots of reasons, not least of which is that, across the show’s 86 episodes, he experienced virtually no narrative arc (which is a big reason the ambiguous ending never bothered me).

There’s so much insightful commentary out there about The Sopranos and in particular about Tony’s character – much of it back on front pages with Gandolfini’s untimely death – there’s no way I can do it justice in a few hundred words. But Gandolfini helped create a character of sufficient inner complexity that we could all, at a certain level, relate to him … whether we liked it or not. Everything about Tony was hyperbolic relative to most people’s lives. Yet his basic desires were things we all share. He attracted and repelled us at the same time, and we careful viewers of the show were often made uncomfortable by our own feelings.

Isn’t this one critical component of great art, including literature: to force us outside our preconceived notions, to make us recognize things that aren’t always consistent with the easy truths we hold about ourselves and the world, to make us think?

Gandolfini’s Tony Soprano gave us that gift. As one of the commentators I read last night put it, he – plus the other actors, writers and producers of The Sopranos – treated us like intelligent grown-ups.

In real life, James Gandolfini was apparently a good, generous, and humble person. Either he was instinctual rather than introspective about his acting talents, or he simply didn’t want to share – or couldn’t articulate – his introspection. Already it seemed that he was making strides in not being typecast as Tony, and with his death at so young an age, we’ve been robbed of future complex, challenging characters. It’s a loss.

There are many iconic scenes from the show, but I’ll leave you with just one of my favorites.