The un-scratchable itch of book collecting... 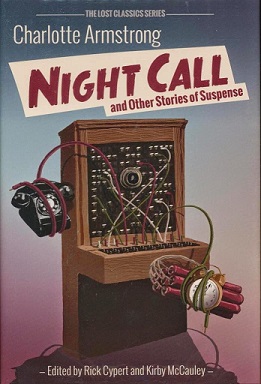 Most folks who know me might bet that Facebook is my number-one distraction of choice; in fact, I’ve hinted elsewhere about some small addictions in that direction.

But I’m here today to admit a sometimes-stronger obsession. Just as I once visited used bookshops (and still do) looking for hard-to-find titles — rare firsts and limited printings and special editions — now I browse endlessly online, where even some of the scarcest (and priciest) books are only a much-too-easy click away. First edition of Hammett’s Red Harvest, anyone?

An old girlfriend once asked me why it mattered whether I had the first-edition hardback or just a reprint paperback (or these days, the e-book). “Aren’t the words inside the same?” she asked.

I was a little flummoxed by the question. Clearly, that’s the primary importance of a book, those words inside the covers — the words we then take inside us, keep in our minds and often in our hearts.

But the book as object possesses its own value. There’s great beauty in an elegant, carefully preserved first edition, for example, and a book on the shelf serves as a physical manifestation and a reminder of a reading experience. Books also provide a testament to a reader’s values and identity. After all, doesn’t everyone scan their friends’ bookshelves to discover who they really are?

Likewise, I enjoy having the Library of America’s two slip-cased volumes of Poe, and even though I’ve got “The Raven” in about eight different places in the house, I recently splurged (on National Splurge Day!) on the Folio Society’s tiny standalone edition of the poem, printed on Japanese laid paper with engravings by George Tute and bound in black/gilt moiré silk boards.

There’s some irrational consumerism behind all this, as well. Speaking of Poe and the Folio Society, I keep coming back again and again, almost obsessively, to look at the brand-new edition of Narrative of Arthur Gordon Pym — a novel (and here’s the rub) that I had to slog through when I read it.

So why do I want this one so desperately?

Most of the books I’ve collected are ones I adore, of course, which can cover a wide range, even in my chosen field of mystery fiction: first editions and collector’s editions of James Ellroy’s noir masterpieces a mere shelf away from first editions of Margaret Maron’s more traditional and equally brilliant Deborah Knott series — darkness to light. Another bookcase carries firsts of Mario Vargas Llosa and William Styron — several formative years of reading.

Most of my recent purchases have been short-story collections: Ellery Queen’s 20-volume Masterpieces of Mystery; John Mortimer’s Rumpole, another Folio Society title (sorry, Tara, I broke down); and several limited editions published by the Norfolk-based Crippen and Landru, including the first and third volumes of Ed Hoch’s Sam Hawthorne mysteries (need the second!) and Night Call and Other Stories of Suspense by Charlotte Armstrong — a fun, fine batch of stories, elegantly produced.

Doug Greene, founder of Crippen and Landru, has a much, much more extensive collection than mine — one which echoes the devotion to mystery short stories at the core of his own publishing mission.

“I agree with Chesterton that the short story is the ideal form for a detective tale, without anything extraneous to interfere with the mystery and its unraveling. The detective story began with the short story — Poe — and continued through Doyle and other great practitioners, and therefore a collection of short-story volumes reflects almost all the high points of the genre.”

Greene told me that the listing of his collection now takes up more than 500 pages, and among the prized titles on that list: a first edition of The Adventures of Sherlock Holmes, an inscribed copy of Vincent Starrett's The Unique Hamlet, “which Queen said was so rare as to be ‘non-extant,’” and Clifford Ashdown's Adventures of Romney Pringle, “which Queen said was the rarest of all such collections.”

Several books have still proven difficult for him to acquire, however, and when I asked about the Holy Grail for Greene, there was no hesitation: “Poe's Tales [1845], especially a copy in original wrappers.”

Poe’s at the center of everything for most of us in the mystery world.

As a collector, Greene seeks the elusive. As a publisher, he makes the sometimes elusive more available.

“We choose volumes to publish based on a desire to preserve short stories in book form,” he explained. While many of those authors are contemporary, others have essentially vanished from availability. “Charles B. Child, Joseph Commings, Vincent Cornier — all had been forgotten until we published their short-story volumes.”

Looks like I’ve got some more obsessing to do.

Art Taylor’s short story “The Odds Are Against Us” won this year’s Agatha Award and is currently a finalist for both the Anthony and the Macavity. His debut book, On the Road with Del & Louise: A Novel in Stories, will be published in September by Henery Press.

Adjusting to our new normal, one book at a time.

There’s no better season to fall in love with reading.