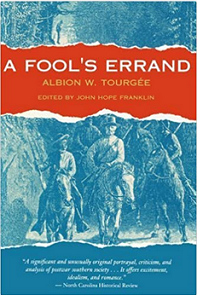 To see me from your perspective, I am genetically northern European. White. But, a few years ago, I recognized Ta-Nehisi Coates’ phrasing to be a clearer social demarcation, “the people who call themselves white” — which I don’t.

While I undoubtedly grew up in a racialized culture and benefited from systemic racism, I was steered toward self-awareness by my sensitive mother and by being uprooted every couple of years as a child. I was often an outsider and I identified with Malcolm X as a teenager.

Then, because I wanted to be honest and penetrate into the sources of things, I found myself, as many people do, wondering about the curious magnetism of “the n-word.” As a child, I heard it used by the people-who-call-themselves-white. It was in the news, in music, and the movies. Malcolm used it, Henry Louis Gates used it. Mark Twain used it in Huckleberry Finn, an endless source of tension in elementary schools.

So, when I took a graduate-level English lit course on Faulkner and Morrison, I wrote my final research paper on the different ways that William and Toni used that very word. It was a literary analysis, not a subjective thing. What did Faulkner mean when he used that word? What did Morrison mean?

Using the n-word as a lens cracked the code for me. Through Faulkner’s characters, I could see the dehumanizing intent, veiled violence, and fascistic thuggery of the word. Through Morrison’s characters, something more complex emerges, a rejection of the dehumanizing connotations of the word, a presentation to white society of the true meaning of its psychological projection, and a knowing co-optation of the unindictable quality of the word. If you are a “n-word,” then you must be all right.

Malcolm X centralized his career on this reverse awareness: If you call me “n-word” to exclude me from your sin-strewn, blood-bound, violence-wracked society, then I accept. I don’t want to be a part of that.

I think this is the point that every American must get to if they want to move forward on their racial journey in life. When we see that our “ideals” and “heritage” have come with such tremendous injustice and oppression, then we have to be compassionate. Sadly, that’s not how many people-who-call-themselves-white react.

Last year, I read Damon Young’s chapter on the n-word in What Doesn’t Kill You Makes You Blacker. His conclusion: White people should never use it. And, the next day, I read John McWhorter in the Atlantic Magazine. His conclusion: It may be used sparingly, carefully, sensitively. Then, recently, I read another Young piece from the Root. Again, and I quote, “White people can’t say it.”

So what to make of a now little-known work, A Fool’s Errand, by a now little-known author, Albion Tourgee? Published in 1879, it was a frustrated cry from a northern Republican who had earnestly participated in Reconstruction (and who, at one point, was even a superior court judge in North Carolina) and who regretted the failure of our country to live up to its ideals.

Southerners were intractable about their oligarchic power relations in the South, and northerners were too willing to compromise on equality. Both North and South had the assurance of Christianity to justify God’s plan for inequality and, thus, the perpetuation of race hatred.

Tourgee had to show both of these characteristics — the corrupting nature of slaveholding and the corrupting nature of institutional racism. It would have been very poor fiction indeed to avoid the hateful language of those people who couldn’t even see the hatefulness of their language and behavior. This from chapter six, between a white, former-slaver neighbor and Mrs. Servosse, wife of “the Colonel”:

“Until the war was over, I think, if there was any one thing that I believed stronger and clearer and firmer than another, it was the n-----s were made for slaves; and cotton, terbacker, sugar-can, an’ rice, were made for them to raise, and could not be raised in any other way. Now I’m most ready to say that I’ll be dog-goned if I know what I do believe. I know the n-----s are free, and, for all I can see, they are likely to stay so; but what’s to come on’t I don’t know.”

“My husband,” said she, “thinks they will remain so, and become valuable citizens, and that the Southern people have actually gained by the war more than emancipation cost them.”

“Yes, yes, I know,” said he: “I’ve heard the Colonel talk, and what he says looks mighty plausible too. I think it’s that has had a heap to do with unsettlin’ my faith. However, I do wish he would be more keerful. He don’t seem to realize that he’s among a people that ain’t used to his free and easy ways of talking about every thing. I’m afraid he’ll get into trouble. I know he means well, but he is so inconsiderate.”

This is an honest picture of America from 140 years ago, and it is relevant today. That golf-cart parader who called out so vociferously for “white power” in support of Trump at the old folks’ community in Florida? He could have just as easily called out the n-word. The people-who-call-themselves-white use “freedom” and “rights” and “religion” to play a complicated, yet ignorant, psychological projection, with an all-or-nothing mindset: Either conquer or be conquered.

Thus, they live in fear, which provokes them to violence.

In 1879, Tourgee, in his novel, told Americans where they were truly at, revealing the structures of hatred and their violent consequences. Here is his main character, the Fool, Colonel Comfort Servosse, speaking to his neighbor later in the same chapter quoted above:

"No community has any right to have, cherish, or protect any institution which cannot bear the light of reason and free discussion."

In 1896, after 17 more years of the people-who-call-themselves-white institutionalizing segregation, not just in the South, but everywhere in the U.S., Tourgee served as a pro-bono attorney for Homer Plessy, whose Supreme Court case, Plessy v. Ferguson, failed, leaving us with “separate but equal” for the next 60 years.

Tourgee (who would be called an “ally” today), like Twain and Faulkner and Morrison and Malcolm X and Damon Young, knew the n-word — wicked, wild, dense with hatred — has power. Some of them knew/know other subtleties about the word. It’s worth thinking about as an academic subject, where emotion is not part of the conversation.

I sense a possibility of reconciliation in that space. But, in examining it, as with gunpowder, one must not forget to be careful and respectful of its inflammability.

And don’t call yourself white.

Y.S. Fing approaches his subjects with an anti-racist attitude. He is also looking forward to the publication of his deceased father’s book of illustrated poetry, Perdition: Part One of the Profane Comedy, this year from New Academia Publishing.