Why Charlotte Brontë’s lesser-known Villette deserves its own place in the canon. 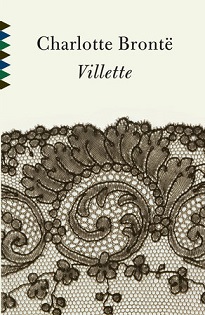 When Charlotte Brontë’s novel Villette first appeared in print, George Eliot raved, “Villette, Villette, have you read it? It is a still more wonderful book than Jane Eyre.”

What surprises me about Villette (I first read it to my daughter many years ago, and most recently, last month for a book club) is the sense of encountering Brontë in a different register. The gothic overtones and passionate intensity of Jane Eyre are handled with a lighter touch in Villette, and even upon re-reading, it defies expectations.

Part of that has to do with the unreliable narrator, Lucy Snowe, who, like Jane Eyre, suffers from heartache and loneliness. Only, unlike Jane, Lucy often contradicts herself. She also withholds important information from the reader, which has an unsettling effect on the narrative.

Certainly, Villette owes much of its charm to the unforgettable character of Monsieur Paul Emanuel, that “magnificent-minded, grand-hearted dear faulty little man.” And no wonder. He was inspired by a Belgian schoolmaster, Constantin Héger, whom Brontë fell in love with while studying French in Brussels. So, she wrote his character straight from her heart.

“M. Héger performed…[a] great service for Charlotte Brontë and hence for English literature,” writes Phyllis Bentley in the introduction to my worn copy of The Professor, another Brontë novel he inspired. “He caused her to suffer the pangs of unrequited love; it is this suffering which makes the poignancy, the ardor and the intensity of all her four novels — in each of which this feeling is the crux of the story.”

There’s plenty of unrequited love in Villette. We learn that, as a younger man, M. Paul was blighted by a tragic love affair. And Lucy’s heart is broken by Dr. John, who, in turn, pines hopelessly after Ginevra Fanshawe. But these characters then fall in love a second time, so that heartbreak paves the way for other, more balanced relationships.

Of course, balanced relationships looked quite different through the eyes of the Victorians, who worked around many societal constraints. Brontë famously observed in Jane Eyre that “women…suffer from too rigid a restraint, too absolute a stagnation, precisely as men would suffer.” In Villette, we encounter female characters as they struggle against those constraints, each in different ways.

Lucy Snowe is plain and lonely, often invisible in the scenes she describes. She has limited options and when given an opening sometimes holds back from action. Then, in other instances, she suddenly surprises us, revealing herself to be courageous and outspoken.

There’s also an exemplar of Victorian female perfection whom we first encounter as an irritating child named Polly. She pampers and fawns over her father and over 16-year-old Graham, who she has a crush on. This cloying behavior continues into adulthood when she reappears as the cultured and refined Paulina. “The child of seven was in the girl of seventeen,” Lucy tells us.

Despite her cultural advantage and education, Paulina will evidently play the child-wife forever to appease the men in her life. And Brontë isn’t buying it!

But what does Brontë make of a self-confident and socially ambitious woman? Look no further than Ginevra Fanshawe, who, in sharp contrast to Lucy and Paulina, plays her admirers off each other because it’s just such fun to watch them squirm. Only Ginevra is no fool, and some of the wittiest dialogue in the book comes in the sparring between her and Lucy.

Interestingly, older female characters stand apart. The wonderfully drawn figures of Madame Bretton and Madame Beck both have agency in their lives. But they have a serious advantage: They’re widows. Brontë implies that women don’t need men after all. At the end of the novel, when M. Paul goes overseas for three long years, Lucy underscores this implication:

“Reader, they were the three happiest years of my life.”

We are gradually introduced to the idea that male/female friendship is better than romance. When Dr. John tells Lucy, “I believe if you had been a boy Lucy, instead of a girl…we should have been good friends,” it’s the worst possible thing he could say.

But later, when Monsieur Paul asks for Lucy’s hand in friendship, it becomes the bedrock of their relationship. M. Paul is a man of depth and passion, and Lucy’s feelings are complex. The complexity of the feelings between these two and the different ways they provoke each other infuses Villette with enormous energy. Like Shakespeare’s Beatrice and Benedick, Lucy and M. Paul perpetually push each other’s buttons. They’re equally matched, and their moments of tenderness feel more poignant because of it.

I’ll admit that, at 400-plus pages, Villette occasionally rambles, and there’s a lot of highly implausible coincidence, which you probably already expect in Victorian novels.

And yet, in many ways, Lucy Snowe belongs in a more contemporary novel. When she embarks on an ocean journey alone and hovers at a quayside without directions or the French-language skills to ask for them; when she’s pursued down a city street at night and darts into a lighted building; when she teeters on the edge of nervous breakdown during one lonely summer, or pores obsessively over Dr. John’s letters, she is thoroughly relatable. She’s courageous and she’s vulnerable and she’s a flesh-and-blood woman like me.

Many critics consider Villette to be Charlotte Brontë’s masterpiece. But it’s harder to imagine literature as we know it without Jane Eyre than to imagine it without Villette. Nevertheless, Villette often goes further than Jane Eyre. As George Eliot puts it, “There is something preternatural in its power.”

Dispatch from Down Under

Exploring First Nations writers during a stay in Sydney.