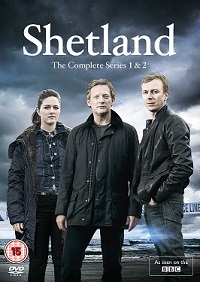 What is it about the windswept isolation of an island in a northern sea that is so appealing?

It’s not a survival thing, but maybe it is an antidote to hectic life in a crowded city. What commuter would not envy the empty, desolate roads in the ITV/BBC series “Shetland” as Detective Inspector Jimmy Perez goes about solving murders?

Waves crash onto the coast of the island group far to the north of Scotland, due west of Bergen, Norway, in the North Sea. You can almost smell the salty air as seagulls wheel in the blue sky overhead.

Technically, the Shetland Islands, which belong to Scotland, are a subarctic archipelago. If that’s not isolated enough for you, how about spending some time on an arctic archipelago in the Sky Atlantic series “Fortitude,” a fictional village on Svalbard, a real island group north of Norway in the Arctic Ocean, virtually at the North Pole? In this permafrost setting, the characters attempt to solve murder mysteries that are mixed with horror and some science fiction.

In both these television series, the scenery, in all its grandeur and sense of isolation, is an important character. In “Fortitude,” the main character, a sheriff, is played by British actor Richard Dormer, with important roles for American actors Stanley Tucci and Dennis Quaid, as well as the veteran Irish actor Michael Gambon.

The “Shetland” cast is made up of British actors less familiar to an American audience, but Douglas Henshall, who plays DI Perez (think of the Scottish version of Black Irish), won the Scottish BAFTA award for best television actor, and the show won best TV drama.

“Shetland” is based on a series of novels by Ann Cleeves and provides a case study in the relative strengths of film and books. The novels are able to get inside the characters, explore their interior lives, and give texture to their motives. The films can’t do that as well, but they can transport you to the place and make you smell that salt air and hear the thunderous sea.

It is a sense of coastal life that rivals the magnificent scenery of David Lean’s 1970 film in Super Panavision 70, “Ryan’s Daughter,” which won an Oscar for cinematographer Freddie Young. The drama of the North Atlantic smashing into the shore of the Dingle Peninsula on Ireland’s western coast made for great cinema, especially when set to Maurice Jarre’s majestic score.

“Fortitude” is based on an original script with some characters so ambivalent you’re glad to be spared an excursion into their interior motives. Along with the scenery, you get hungry polar bears, frozen mammoths, and thawed-out prehistoric wasps to complement the human savagery. And yet the cold and remoteness foster a palpable sense of community that has you rooting for the hardy residents of the earth’s northernmost settlement.

In our new golden age of serial television, producers will be scouting for dramatic content to bring to what is no longer such a small screen. Few settings will translate to these giant ultra-high-def home screens as well as those depicting the bracing isolation of these northern landscapes.

("Shetland" is available on Netflix; "Fortitude" is free on Amazon Prime video.)