Turning to books, not the paper, for reliable news. 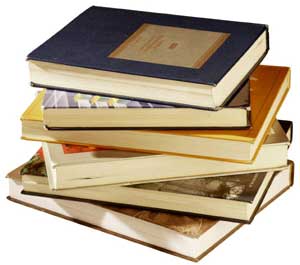 As newspapers shrink and editorial departments get cut to the bone, one of the key media — along with blogs, podcasts, apps, etc. — filling the information void is the tried and true standby, the nonfiction book.

The same technologies that are crippling print newspapers have made the publishing and distribution of timely nonfiction titles more flexible than ever. For those left starving for information, context, and perspective from ever-thinner newspapers (with their rapidly deteriorating quality of coverage), books can be a useful supplement.

I’ve come to realize this, as I often turn to newly published books in the weekly columns I write for MarketWatch and USA Today.

Sometimes these are books that make a big splash and themselves become news. In March, there was Michael Lewis’ bestseller, Flash Boys, exposing the subtle manipulation and front-running of stock prices implicit in high-frequency trading. Another book, Capital in the Twenty-First Century, by French economist Thomas Piketty, created tremendous buzz even before the English translation was available and fueled the debate in this country on inequality.

But there are other books that may not enjoy the same high profile, but which nonetheless provide timely perspective on hot-button issues. Francis Fukuyama put an asterisk on his 1992 book The End of History and the Last Man; he wrote a follow-up this past September, Political Order and Political Decay, on how dysfunction and political gridlock jeopardize the sustainability of liberal democracy.

Another autumn release, This Changes Everything: Capitalism vs. the Climate, by Naomi Klein, calls out the climate-change deniers and bluntly dissects the true motives of greed and power that have slowed the response to this threat.

Then there are the political memoirs and political hatchet jobs that, for all their bias, flesh out the portraits of our leading politicians with a depth that the bland, white-bread reporting of a tamed-and-gamed press corps can’t provide.

Edward Klein’s newest diatribe against President Barack Obama, Blood Feud: The Clintons vs. the Obamas, published in June, may be dismissed as tabloid reporting at its worst (and Klein, editor-in-chief of the august New York Times Magazine for a decade, branded a journalistic pariah), but his reporting at times rings truer and proves more illuminating than the political coverage by the mainstream media.

Nonfiction books can also be a corrective to the bias and misrepresentation that afflict today’s “balanced reporting” in newspapers, where attributing a false equivalence to competing statements — even when one is clearly a lie or a half-truth — has turned “objective” reporting into a caricature of itself.

With nonfiction books, at least, the reader has a chance to measure the credibility of the writer, who has invested months, if not years, in honing his or her work. And the gatekeeper publishers who curate these books provide some assurance of quality, even if they cannot stand behind every fact the way a newspaper editor must.

Technology means that books today can get into print, either on paper or digitally, much more quickly and are immediately accessible. And while these books fulfill many other functions in our lives, they now more than ever play a key role in keeping us informed.

Darrell Delamaide, a financial journalist based in Washington, DC, is the author of four books, including the novels The Grand Mirage and Gold.